Bayern Munich president Herbert Hainer has slammed the disgusting racial abuse aimed at Alphonso Davies on a social media picture of him and girlfriend Jordyn Huitema.

The 20-year-old defender was targeted by sickening online trolls in the comments section of a picture uploaded to Instagram by Huitema, a footballer for Paris Saint-Germain, back in August.

Davies, who won the Champions League and Bundesliga titles with Bayern last year, has been in a relationship with Huitema for over three years. 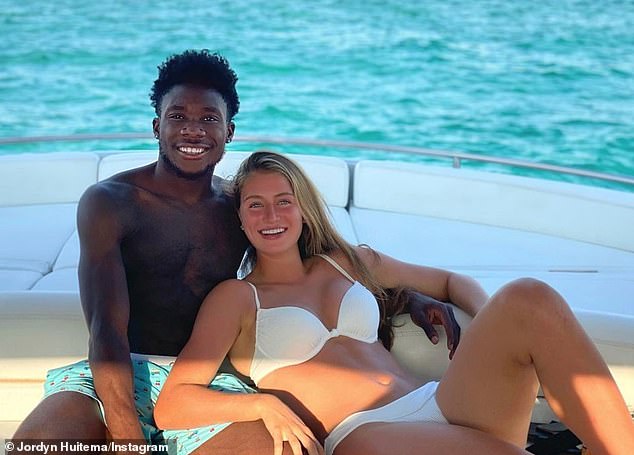 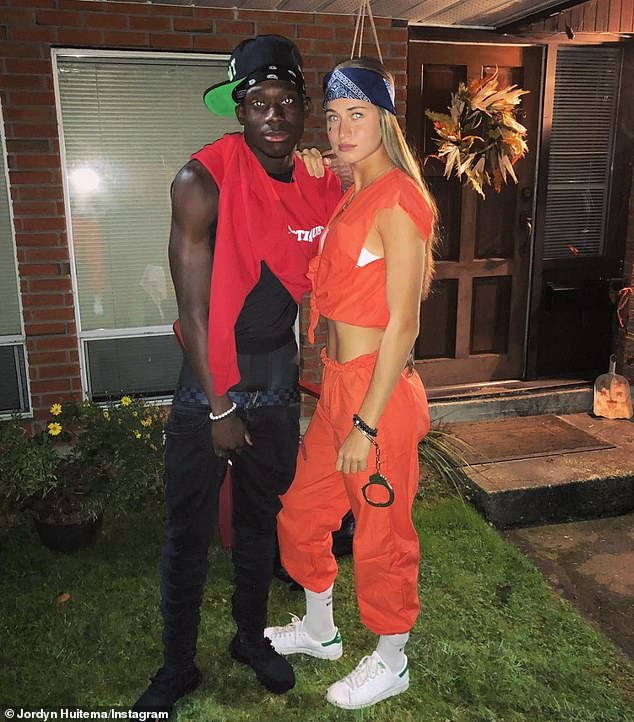 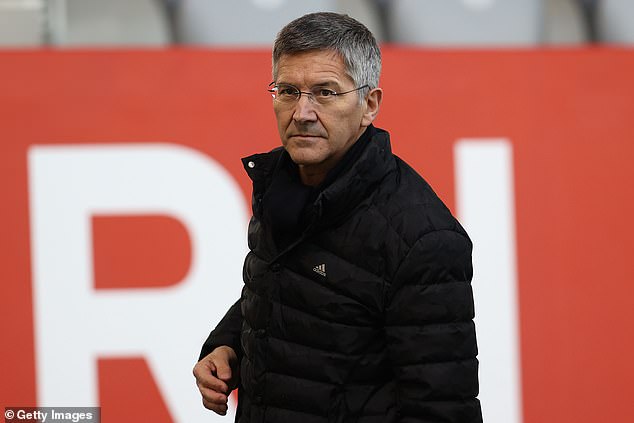 Bayern Munich president Herbert Hainer has condemned the abuse, insisting it will ‘not be tolerated by us in any way’

The picture of the pair on holiday in Ibiza earlier this year attracted more than 14,000 comments and some were shocking.

As highlighted by Huitema last week, they referred to her ‘f***ing an animal’ and called Davies, who was born in Ghana to Liberian parents, a ‘monkey’.

One user posted: ‘You will end up as a single mother of a disgusting combination-skin baby.’

Another read: ‘Your ancestors hate you for throwing away 1,000 years of pure, white genes’. 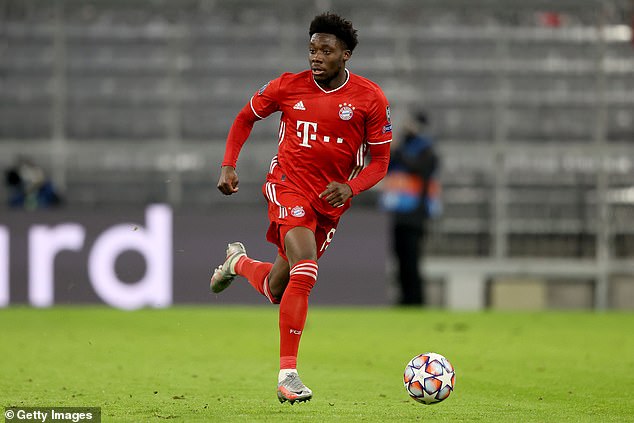 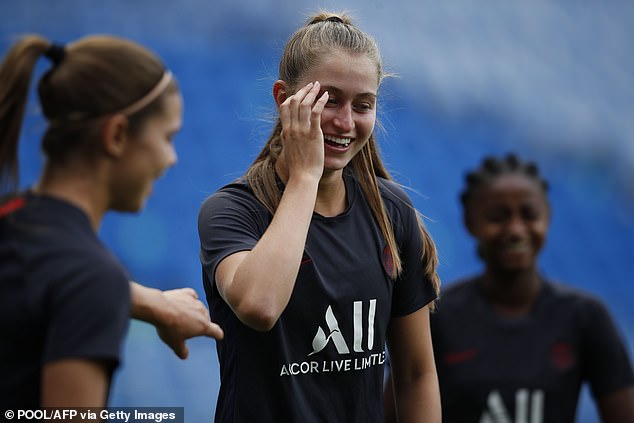 Huitema, a forward, plays for PSG and has won 32 caps for the Canadian national team

Bayern president Hainer has now hit out at the trolls, telling BILD: ‘Our club stands for cosmopolitanism. The racist hostility will not be tolerated by us in any way.

‘We founded the ‘Red Against Racism’ initiative some time ago, which we practice very actively throughout the club in all sports and areas.

‘Exclusion, discrimination, hatred and violence in every form have no place in our world.

‘No matter where you come from – football offers us all a home. Football has the power to connect people. As FC Bayern we always want to contribute to this.’

Davies’ Bayern team-mate Jerome Boateng condemned the abuse, posting: ‘I’m totally disgusted’ and the couple, who are both Canadian, have now deactivated the comment setting on their latest post. 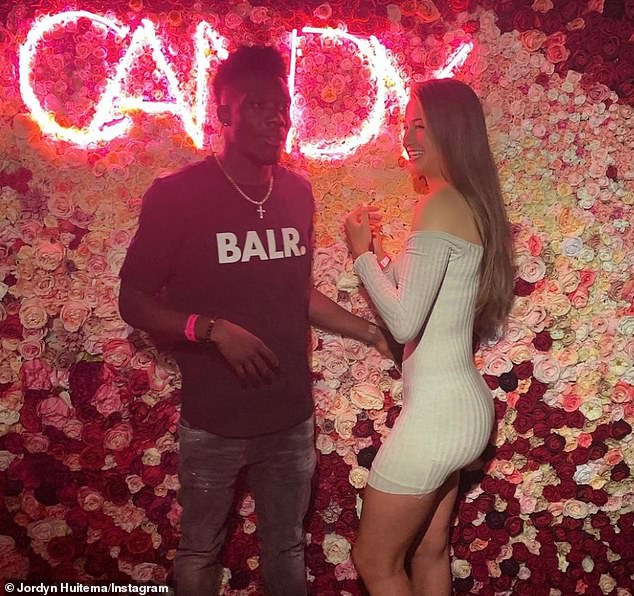 The couple, both of whom are Canadian, have been in a relationship for over three years 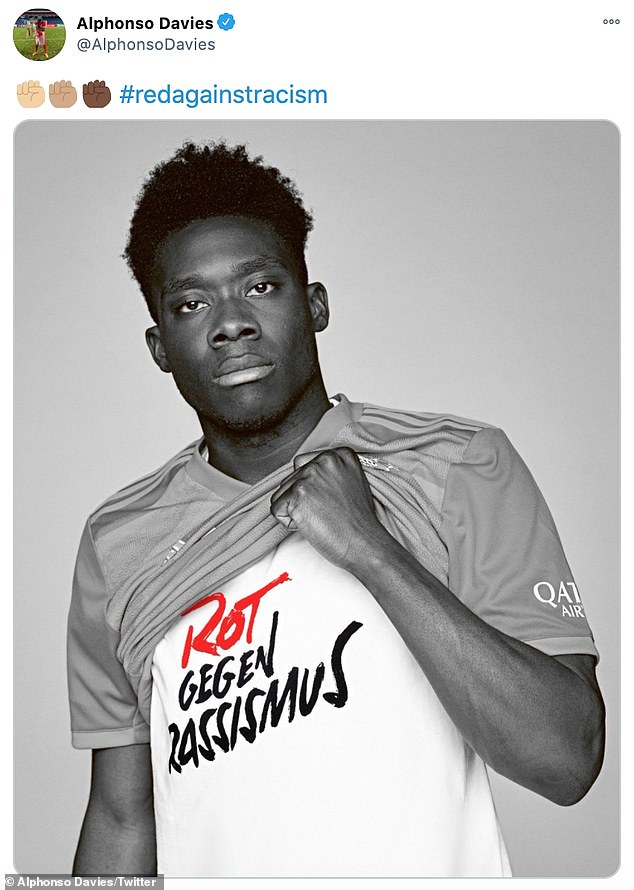 Davies posted a photo of himself in the ‘Red Against Racism’ shirt, supporting Bayern’s anti-racism campaign

On Monday, Davies posted a photo of himself in the ‘Red Against Racism’ shirt, supporting Bayern’s anti-racism campaign.

In a subsequent post Huitema, 19, said: ‘We will never see good in the world if all we see is the colour of each other’s skin. We are all part of one race, the human race.’

Huitema signed a four-year deal with PSG in 2019 and has seven goals in 27 appearances with the club.

Canada Soccer said in a statement: ‘We stand firm against racism and discrimination of any kind both in the game and within all of our communities around the world.

‘We are both disappointed and appalled with the hateful comments recently made to members of our national teams through social media.’