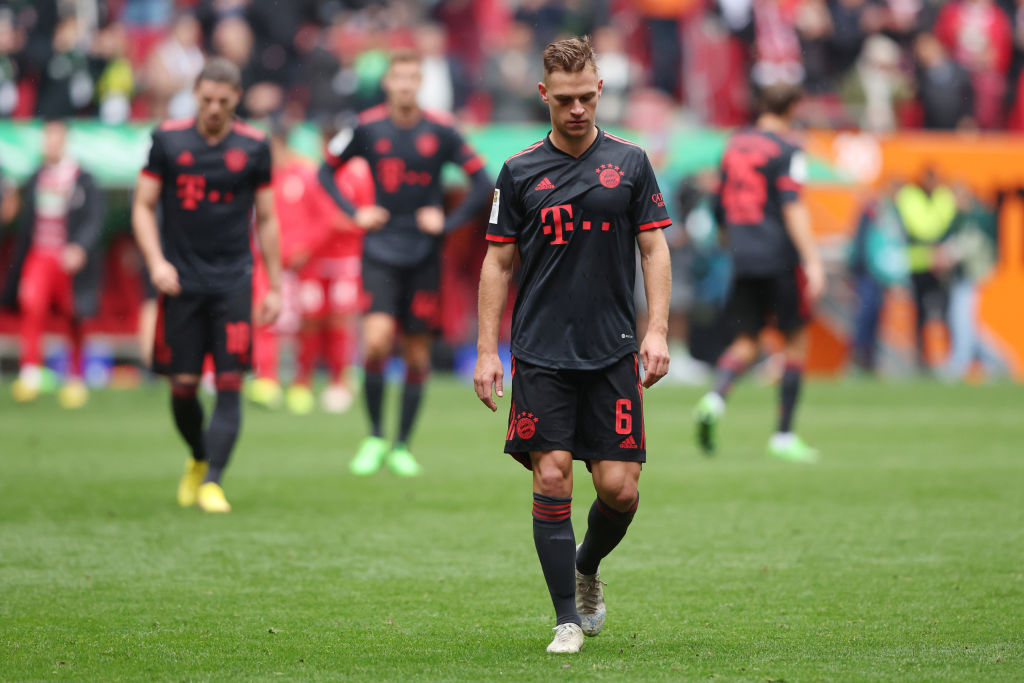 The current Bundesliga champions – who have won the last 10 German top-flight titles in a row – have endured a slow domestic start to the 2022-23 season.

Those results have seen them drop to fourth in the table, behind Borussia Dortmund, Union Berlin and SC Freiburg, despite a strong start in the Champions League in which they have won their opening two games to top Group C.

Kahn has accused the Bayern Munich players of not treating the Bundesliga seriously, telling Sport1: ‘We’re totally convinced of Julian.

‘Of course, he’s concerned, everyone is. We’re in a bad mood. Some players probably believe the Bundesliga can be considered secondary. You can’t do that.’

Bayern Munich’s sporting director Hasan Salihamidzic added: ‘We haven’t won in four games in the Bundesliga, we got three out of twelve possible points, so I’m a little worried.

‘You can’t win in the Bundesliga the way we played today.’

Meanwhile, Sadio Mane is ‘not happy’ at Bayern Munich and regrets leaving Liverpool.

That’s according to former Reds midfielder Dietmar Hamann, that says the winger hasn’t successfully ‘integrated’ into the Bayern Munich dressing room since his move to the Allianz Arena.

Nagelsmann’s side are back in action on September 30 when they host Bayer Leverkusen.