Bayern Munich youngster Jamal Musiala has been handed his first call-up to the England Under 21s squad after impressing in the Bundesliga and Champions League.

Aidy Boothroyd has rewarded the 17-year-old with a place in his squad for the upcoming matches against Andorra and Albania after he scored his second goal of the league season for Bayern against Eintracht Frankfurt.

Born in Stuttgart, Musiala then moved to London and came through Chelsea’s academy, before heading back to Germany with Bayern in 2019. 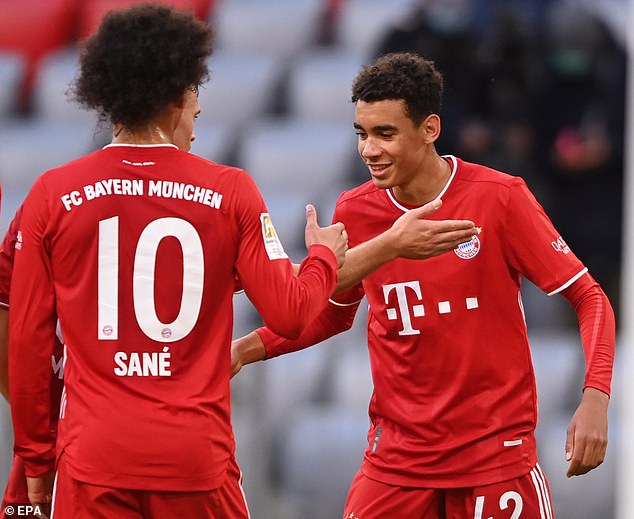 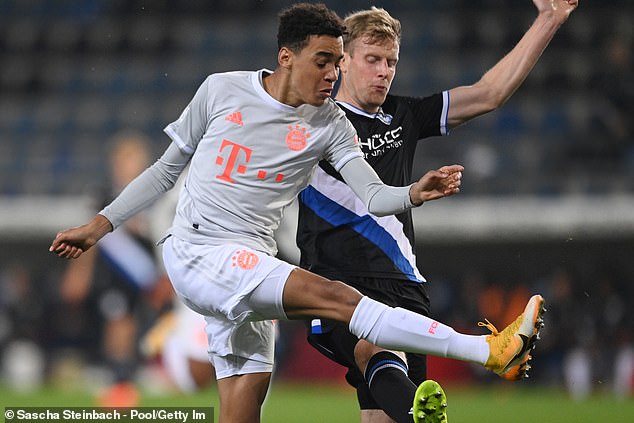 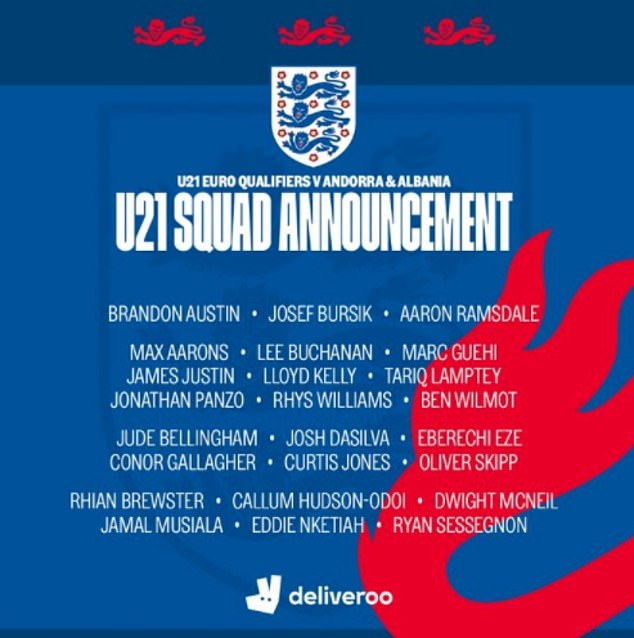 He has represented both England and Germany at youth level, but England are keen to tie him down to their international set-up as he continues to impress at the highest level.

There was also another call-up for Brighton star Tariq Lamptey, who is being courted by the Ghana FA to switch allegiances and join up with their squad.

Lamptey has burst onto the scene at right back this season, scoring his first goal against Tottenham last time out.

Speaking about the call-ups, boss Boothroyd – whose side have already qualified for the U21 European Championships ahead of the upcoming fixtures, said: ‘The fact that we qualified with two games to go is a real credit to the players and the staff. 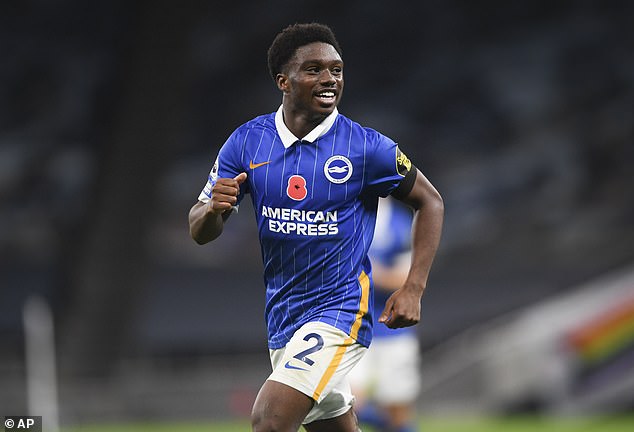 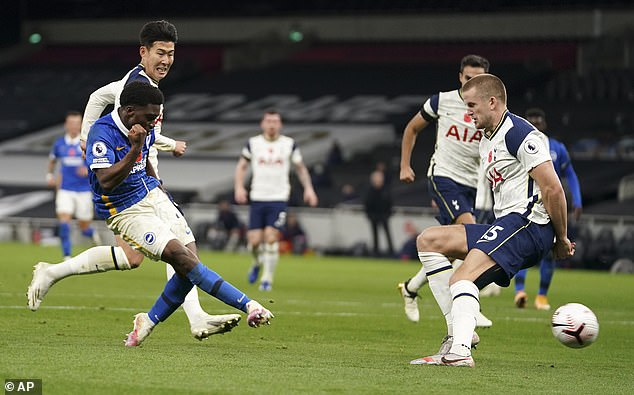 ‘If you look at the likes of Jamal and Curtis Jones, then it shows how much talent we have available and the depth of the squad. We’ve got about eight to nine players who are just going to miss out on this one because of injuries, including Ben Godfrey and Tom Davies, which is a shame.’

Speaking further on Musiala, the England U21s boss said: ‘Jamal has been doing really well at Bayern Munich, getting a couple of starts and making a number of cameo appearances, and when you’re involved in a team of Bayern Munich’s quality you have to take notice of that.

‘We’ve been tracking him for quite a while and he has been in the system. I work very closely with not only Les Reed but John McDermott and Lee Carsley, as well as Gareth, in terms of when it is right for players to come into the squad. 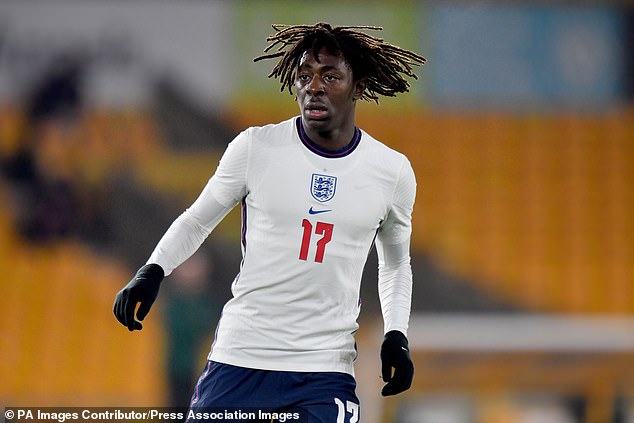 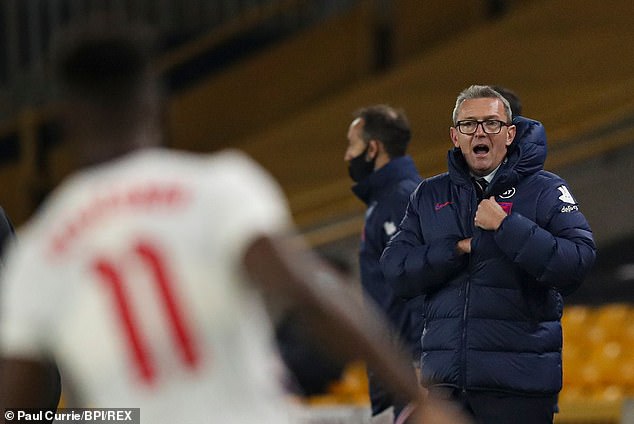 ‘We think it’s the right time for Jamal to get into the U21s, so we can get a close look at him. He’s been playing really well, getting Champions League exposure and he’s one of those players who has forced himself into our plans.’

Both of England’s matches will take place at Wolves’ Molineux stadium, as the squad continue to finalise their preparations for the U21s tournament, which kicks off in March.

There is also a first call-up for Derby County defender Lee Buchanan, who has previously played for both the U19s and U20s squads, making his debut for the latter in their win over Wales at St George’s Park last month. 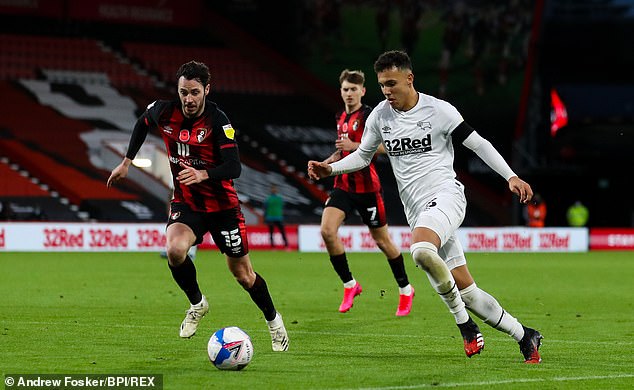 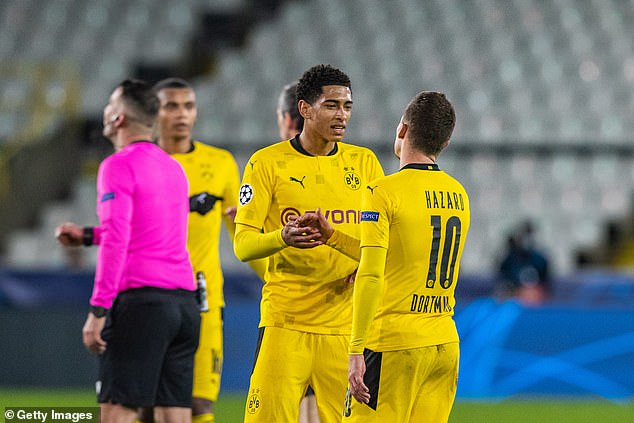 Borussia Dortmund youngster Jude Bellingham, still impressing in Germany, has got the nod