Home » Soccer » Bielsa: It will be weeks until Rodrigo and Poveda return from injury

Leeds boss Marcelo Bielsa says ‘it’s not a question of days, more of weeks’ until Rodrigo and Ian Poveda return after the pair both sustained injuries in the last week

Marcelo Bielsa has revealed that attacking duo Rodrigo and Ian Poveda will be missing for a number of weeks due to injury.

Rodrigo went down with what looked like a groin problem before being replaced by Mateusz Klich on 21 minutes in the 3-1 win over Leicester on Sunday.

Poveda was hurt following a collision on the halfway line in an under-23s game against Sunderland on Monday and had to leave the field just 10 minutes after coming on as a half-time substitute. Leeds went on to win that game 2-0. 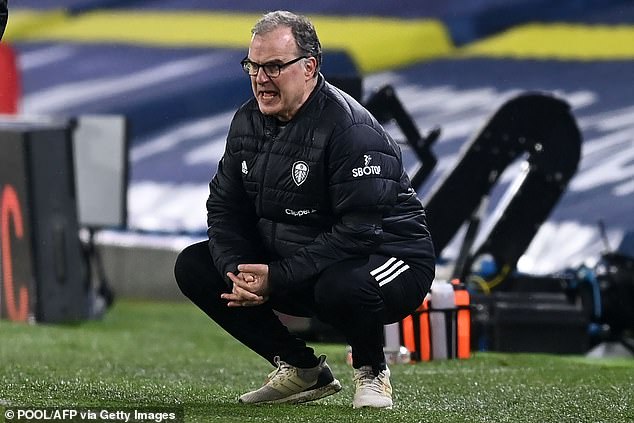 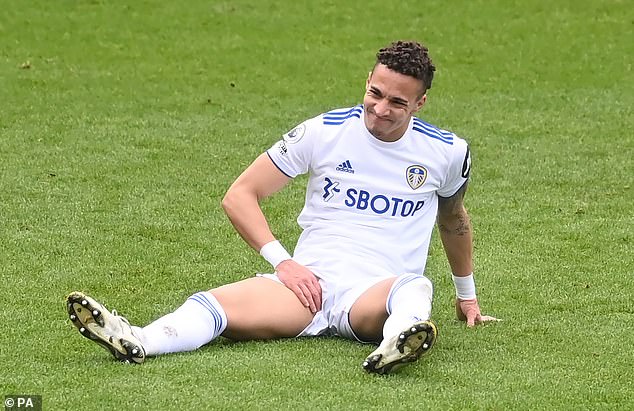 Asked when he expected the pair to be back, Bielsa replied: ‘It all depends on the evolution of their injuries. It’s not a question of days, more of weeks.

‘Rodrigo fell and his legs separated and caused an elongation more than usual and this caused the injury.

‘I saw a picture of the position both of his feet ended up in and the difference between them was different to what we would expect.’ 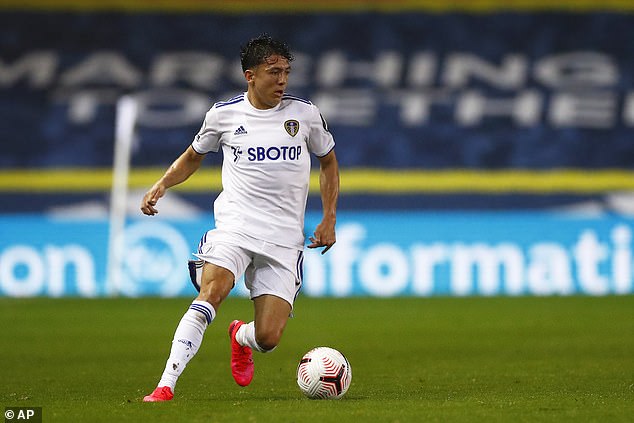 After the victory over the Foxes, Rodrigo described his injury as a ‘minor setback’, while Poveda, who has featured in 10 Premier League games so far this season, posted ‘all good, no worries’ on Instagram to allay Leeds’ fans fears about his condition.

Following a 2-1 defeat at home to Everton in midweek, Bielsa’s men host Crystal Palace on Monday hoping for their first win at Elland Road in 2021.

The visitors will be without Wilfried Zaha, who pulled a hamstring in the Eagles’ 2-1 win over Newcastle and could be out for a number of weeks in what is a major blow to Roy Hodgson’s side.