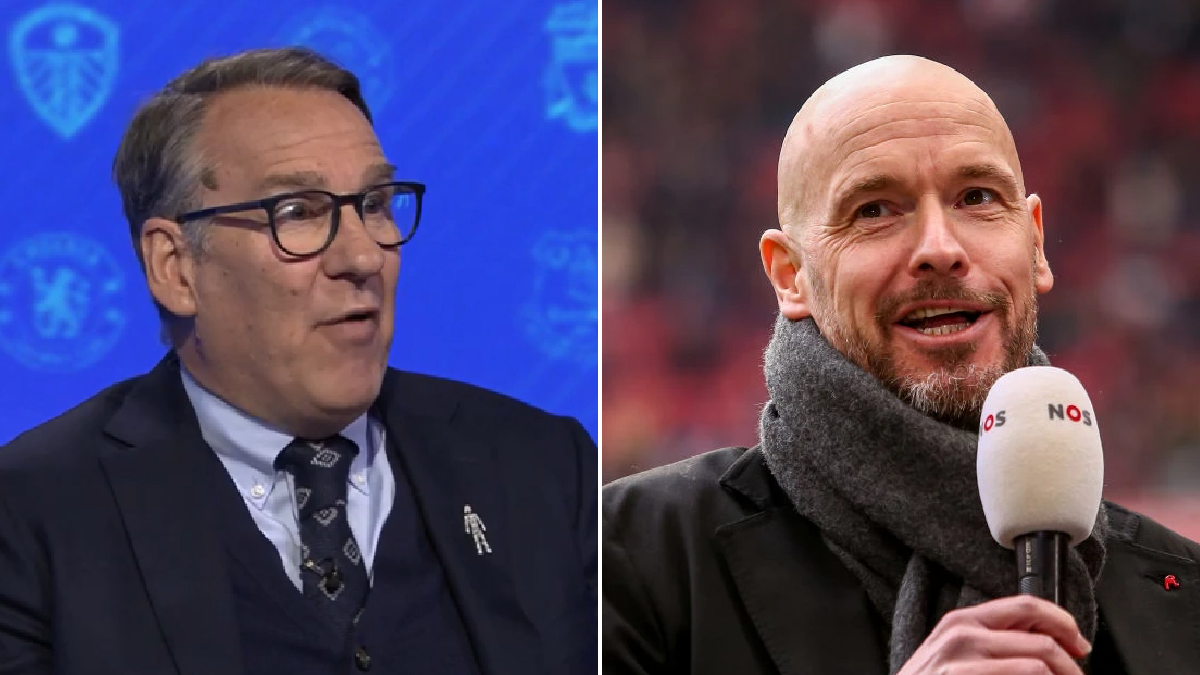 Ten Hag, currently in charge of Dutch side Ajax, has emerged as the favoured candidate among senior figures at Old Trafford.

Manchester United have spoken to Ten Hag and Paris Saint-Germain’s Mauricio Pochettino, but it appears that the former will be in charge of the side come next season.

Ralf Rangnick has been in the position on a temporary basis since Ole Gunnar Solskjaer was sacked in November, but the German is set to move into an advisory role at Old Trafford at the end of the season.

Ten Hag has led Ajax to two Eredivisie titles since his appointment in 2017 and his side were on the verge of a Champions League final in 2019 before they were knocked out by a last-minute goal against Pochettino’s Tottenham.

Despite Ten Hag’s reputation as one of the best coaches in Europe, Merson says Manchester United will be taking a ‘gamble’ if they give the the 52-year-old the job.

‘Manchester United are taking a big risk if they appoint Erik ten Hag as manager,’ the former Arsenal and England winger told Starsport.

‘The players know now that their manager isn’t going to be in charge next season. But Ten Hag isn’t the answer for me.

‘He is coming from a club that’s in a two-team league where you dominate every match. He doesn’t know this league.

‘I think it’s a gamble. You can’t win anything without a good manager and I’m not sure how good a manager Ten Hag is.’