Birmingham 2-0 Derby: Wayne Rooney’s side see winless run increase to four games as the hosts moved up to fourth in the Championship on Troy Deeney’s debut

Derby’s three-match unbeaten run in the Sky Bet Championship came to an end as Troy Deeney made a winning debut in Birmingham’s 2-0 victory at St Andrew’s.

Scott Hogan scored Birmingham’s first home league goal of the season – his 50th in the Championship – before Jeremie Bela sealed the points late on.

Striker Deeney, a lifelong Birmingham supporter, came off the bench in the 68th minute following his free transfer from Watford to the delight of the home crowd. 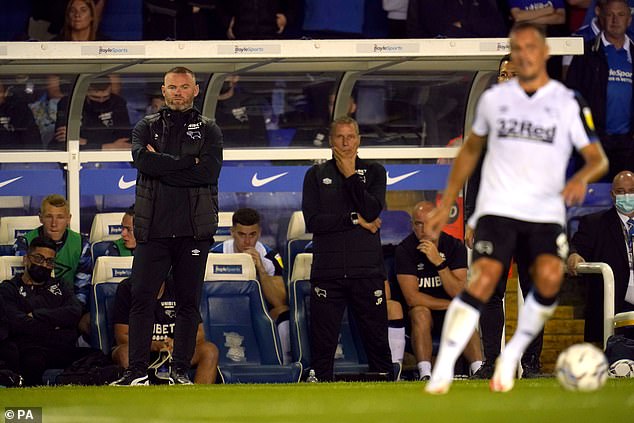 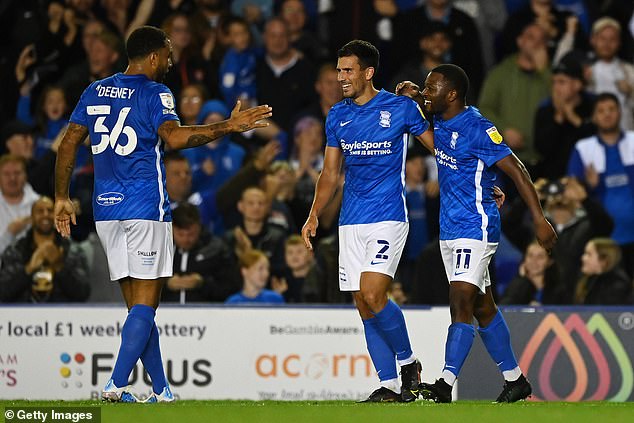 The win moved Lee Bowyer’s side up to fourth ahead of Saturday’s matches.

Derby created the only opening of a low-key first half-hour. An intricate passing move involving Nathan Byrne and Ravel Morrison gave Tom Lawrence a sight of goal, but the Rams captain could only sidefoot a low effort straight at goalkeeper Matija Sarkic.

As the first half became increasingly scrappy, Derby midfielder Graeme Shinnie was booked for dragging Blues midfielder Tahith Chong away from the ball.

Derby were playing a dangerous tactic of continually trying to keep possession by passing the ball between goalkeeper and defenders, inviting pressure.

That ploy saw Blues take advantage when Hogan broke the deadlock in the 31st minute.

An awful back pass from Lee Buchanan was intercepted by Lukas Jutkiewicz, who was foiled by Roos as the striker tried to round him. 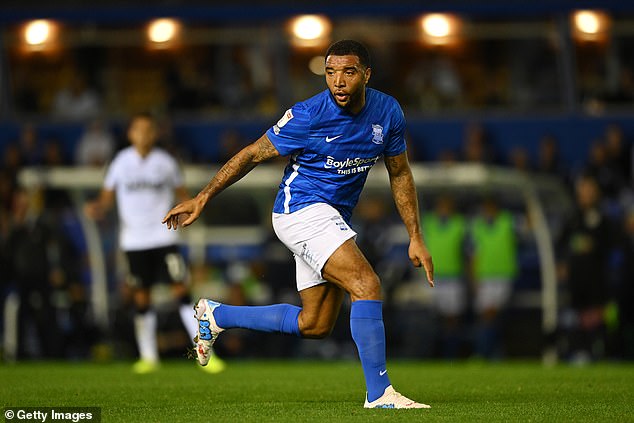 However, the loose ball fell to Jutkiewicz, who crossed for Hogan to hook home at the far post for his third goal of the season.

Hogan could have made it 2-0 in the 38th minute, but his chip sailed way over the crossbar after another defensive blunder, as veteran Phil Jagielka slipped chasing Roos’s short pass.

Birmingham were first to threaten following the restart, but Bela could only fire into the side-netting as he ran out of room beyond the far post.

Derby missed a double opportunity to equalise in the 63rd minute. 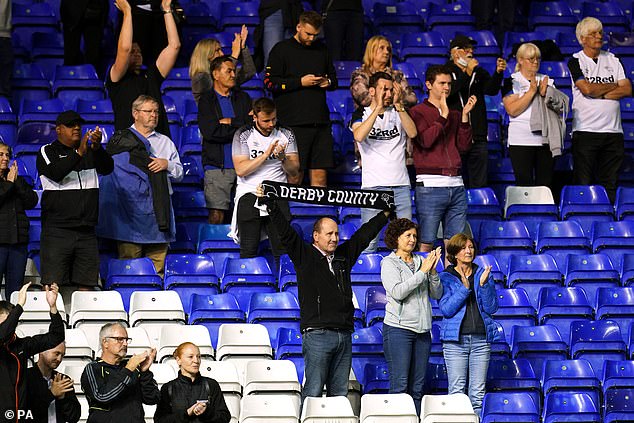 Lawrence, who looked their most dangerous player, twisted inside his marker before seeing a left-footed drive palmed away by Sarkic, and Louie Sibley blazed over from the rebound.

Birmingham replied with a header from Marc Roberts that looped over from Maxime Colin’s cross, but the hosts doubled their lead in the 81st minute.

The ball broke away from Ivan Sunjic as he shaped to shoot, but it fell perfectly for Bela, who lashed home a fierce, low drive inside Roos’s near post.