Prime Minister Boris Johnson has revealed his admiration for Chelsea and Manchester City with the two clubs imminently expected to withdraw from the proposed European Super League, suggesting that the other four Premier League sides involved should follow suit. The plans for the tournament, unveiled on Sunday evening, have garnered significant criticism from fans, players and pundits alike and a mass exodus seems likely as other clubs begin to turn their back on the competition.

Atletico Madrid and Barcelona are also said to be keen on leaving the Super League, while Manchester United have been tipped to join them after it was revealed that Ed Woodward is set to step down as executive-vice chairman.

Liverpool, Arsenal and Tottenham are the other three English clubs to be named as founding members of the competition, but it remains to be seen whether they will pursue withdrawals of their own.

The Prime Minister took to Twitter to hail Chelsea and City for their efforts in attempting to curb their involvement, urging their Premier League peers to follow in their footsteps.

“The decision by Chelsea and Manchester City is – if confirmed – absolutely the right one and I commend them for it,” he said.

“I hope the other clubs involved in the European Super League will follow their lead.”

JUST IN: Scandalous ESL plan is dying – and you landed the hammer blow 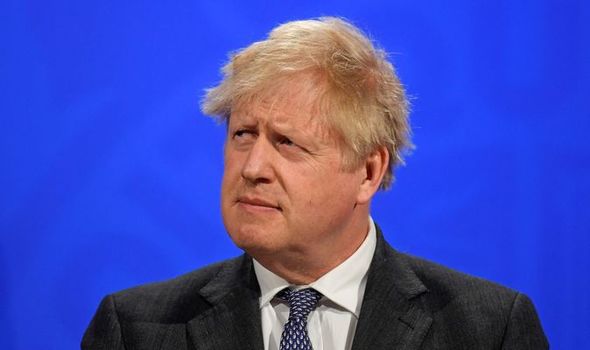 The Prime Minister slammed the idea of a Super League earlier on Tuesday, stressing that the British government would do everything in their power to stop the tournament from going ahead.

He told a Downing Street press conference: “How can it be right to have a situation in which you create a kind of cartel that stops clubs competing against each other, playing against each other properly, with all the hope and excitement that gives to the fans up and down the country?

“Football was invented in this country, these clubs, these names, originate from famous towns and cities in our country.

“I don’t think it right that they should be somehow dislocated from their hometowns and home cities and turned into international brands and commodities without any reference to the fans who have loved them all their lives.”

He then refused to rule out ‘legislative action’, but declined to provide further detail as to what this might look like. 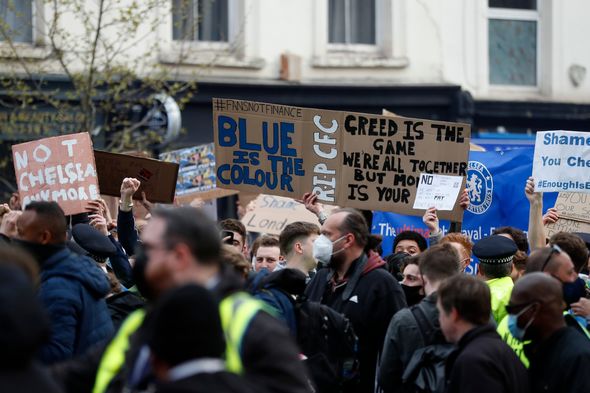 Although the Super League’s collapse now appears to be inevitable, it remains to be seen whether clubs will be legally allowed to simply call it quits.

The organisation’s president Florentino Perez has suggested that any attempts to leave the tournament would be futile as the teams involved are under contract.

“The contract of the Super League is binding,” he told El Chiringuito TV.

“Nobody can leave, we will work all together. All the clubs signed the contracts last Saturday, there’s no problem.”