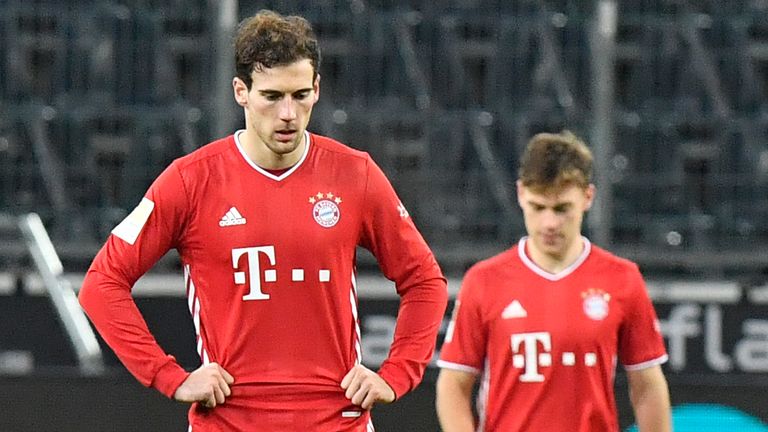 Borussia Monchengladbach battled back from two goals down to stun champions Bayern Munich 3-2 on Friday, with a double from Jonas Hofmann and another goal from Florian Neuhaus.

Gladbach, who like Bayern are in the Champions League Round of 16, pressed high from the start but it was Bayern who went ahead with Robert Lewandowski’s 20th-minute penalty awarded for a Neuhaus handball. It was the Polish striker’s 20th goal of the campaign.

The Bavarians then carved out a two-goal lead six minutes later with Leon Goretzka winning possession and then finishing the move with a crisp effort from 20 metres out that left keeper Yann Sommer no chances. But instead of enjoying a trouble-free evening, the defensive weaknesses that have plagued them this season were exposed once more, with Hofmann cutting the deficit in the 36th after latching on to a pinpoint pass from Lars Stindl.

The forward beat Bayern keeper Manuel Neuer once more in first-half stoppage time when another Stindl through ball sliced open the Bayern defence.

Before the dazed Bavarians had any time to react, Gladbach scored their third goal of the evening in the 49th with Neuhaus’ thundering drive completing the hosts’ sensational turnaround. “It was a very tough fight,” Hofmann said. “We improved as the game went on and it was great to come out of the halftime the way we did.”

It was the ninth league games in a row that Bayern have fallen behind, a club record. It was also Bayern’s second loss of the season and only the fourth defeat for coach Hansi Flick in his 60th game in charge in all competitions, two of those against Gladbach.

The Bavarians, who squandered a two-goal lead in the Bundesliga for the first time in 10 years, are still top on 33 points with RB Leipzig, who take on Borussia Dortmund on Saturday, on 31. Gladbach are seventh on 24. 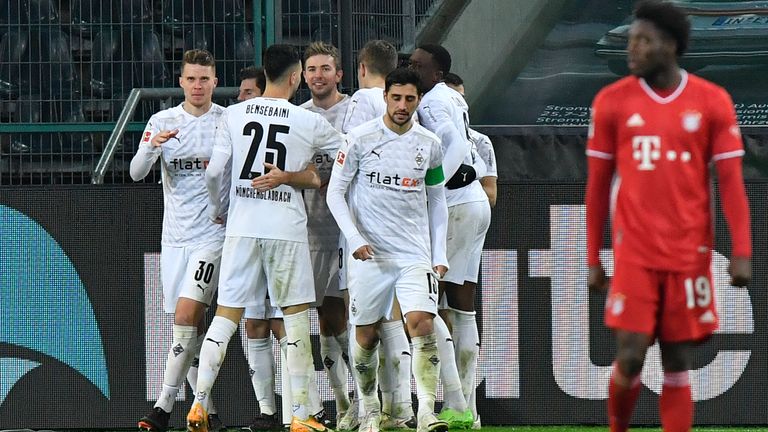 Gerard Moreno scored his 10th goal of the season to send Villarreal on their way to a commanding 4-0 victory at Celta Vigo in La Liga on Friday.

The Spain striker took Dani Parejo’s pass to open the scoring in the fifth minute at Balados Stadium. A poor clearance by Celta Vigo goalkeeper Ruben Blanco led to the visitor’s doubling their advantage in the 14th minute as Manuel Trigueros crossed for Moi Gomez to volley home.

Blanco was again at fault in the 19th minute when he let Parejo’s free-kick bounce off the turf and under him for a third Villarreal goal and Fernando Nino added a fourth just after the half-hour mark.

The result meant Villarreal rose above Barcelona into third place before Ronald Koeman’s side visit Granada on Saturday while Celta stay eighth.