Bournemouth are considering putting a message to key workers on the front of their shirt for the remainder of the Premier League season after it ended its sponsorship deal with betting company M88.

The Cherries’ three-year deal with online betting company M88, also known as Mansion88, was due to expire on Sunday but the club are not extending the partnership with M88 under investigation by the Gambling Commission.

It could potentially leave Eddie Howe’s side playing their remaining nine games of the season without a shirt sponsor. 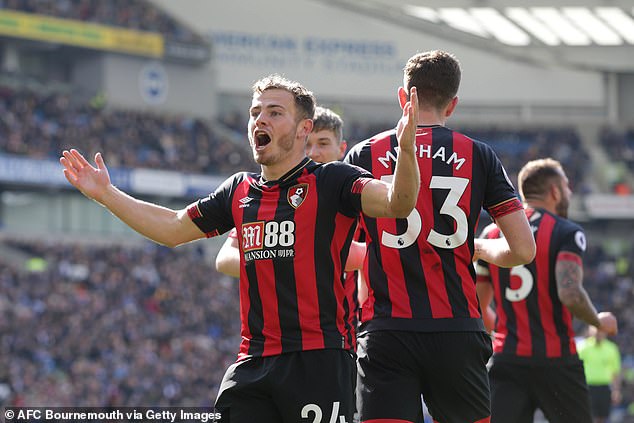 However, it is understood that designs have already been drawn up for a shirt that bears a thank you message to key workers for their vital work throughout the coronavirus crisis.

Bournemouth are also believed to be searching for new potential sponsors but finding one is likely to be difficult due to the economic impact of the pandemic as well as the club’s precarious position in the Premier League relegation zone.

Yet with all remaining matches due to be televised, some being shown free-to-air, and Bournemouth due to face Manchester United, Man City and Tottenham, there would be plenty of eyes on any new sponsor.

Any change in shirt sponsorship will need approval from the Premier League. 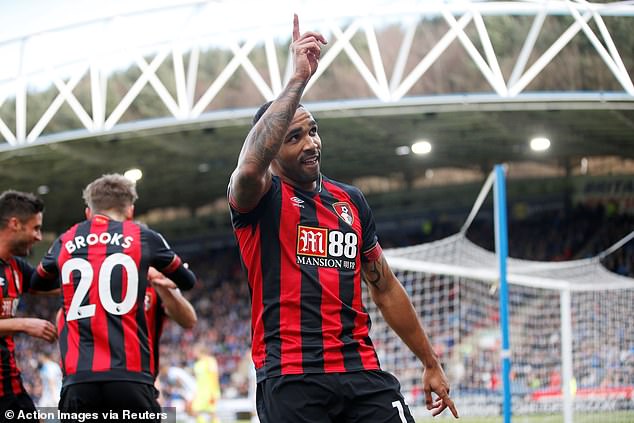 Bournemouth’s sponsor M88 are under investigation by the Gambling Commission

M88 is the Asian-facing subsidiary of gambling operator Mansion Group, who own casino.com, Mansion Casino and Slots Heaven, and have a strong presence in China and Thailand.

They are being investigated by the Gambling Commission alongside Mansion Europe. The Commission told The Mail on Sunday they are ‘currently looking at various aspects of M88 and Mansion Europe model and operations.’

Bournemouth signed a two-year partnership with M88, which was then extended last year as part of a club-record deal, estimated to be worth around £5million a season.

The club’s relationship with Mansion remains intact with the mansion.com’s logo on the club’s shirt sleeves.

The club confirmed in a statement that ‘its partnership with M88 will end on Sunday (31st May). The online gaming company has featured on the front of the club’s home, away and third shirts, and training wear, since the start of the 2017/18 season. 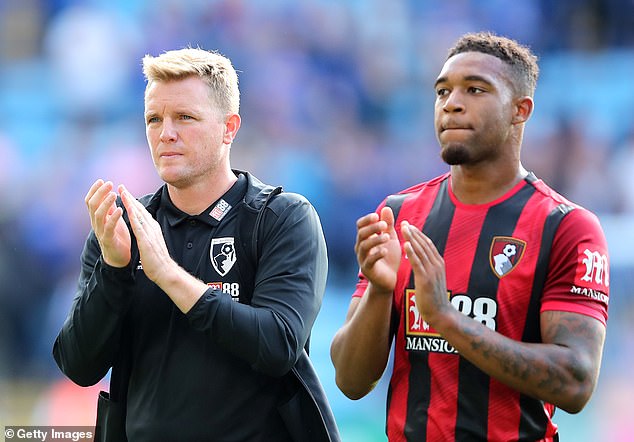 The club will therefore complete the 2019/20 campaign in new training wear and playing kits. AFC Bournemouth would like to thank M88 for its support over the past three years.’

M88 did not respond to The Mail on Sunday‘s request for comment.

The Commission’s decision to revoke the licence of a Premier League’s sponsor raises yet more concerns about football’s relationship with gambling companies and its affect on people’s mental health.

Bournemouth were one of 10 Premier League clubs to have betting companies on the front of their shirt. Only the Big Six clubs, Leicester, Southampton, Sheffield United and Brighton do not.

Those betting companies pay out nearly £70million combined to clubs per season and are understood to be able to offer clubs double what other, more ‘ethical’ ones could do, making it difficult for the smaller Premier League clubs to turn down.