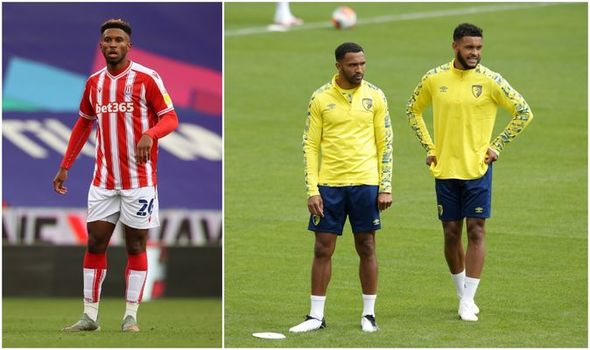 Bournemouth want Stoke’s Tyrese Campbell to fill the hole in their attack left by Callum Wilson’s move to Newcastle. The Cherries, who also expect to lose striker Josh King before the transfer window closes, with Aston Villa keen to take the Norwegian, need to reinforce their attack.

Bournemouth’s previous manager Eddie Howe was keen on striker Campbell in January, but had a bid rebuffed by Stoke.

But Howe’s successor Jason Tindall, also wants the 20-year-old, even though fellow Championship side Stoke want around £10million for the son of former Arsenal, Nottingham Forest and Everton striker Kevin.

Former Manchester City academy graduate Campbell, given his chance by Stoke manager Michael O’Neill last season, netted nine goals in 18 starts as the Potters steered themselves away from the danger of relegation last term to finally finish in 15th place.

Bournemouth have also had a £2m bid rejected for Ipswich striker Kayden Jackson.

Meanwhile, Asmir Begovic has rejected the chance of another loan switch to Serie A giants AC Milan.

Milan want to bring in a keeper to act as no1 choice Antonio Donnarumma’s deputy – and they have asked again about former Chelsea goalkeeper Begovic.

The Bosnian spent six months on loan at Milan last season when he dropped down the pecking order at Bournemouth, and he made two appearances.

Milan made an approach to sign the 33-year-old again this week, but were not prepared to match Begovic’s wages this time round.