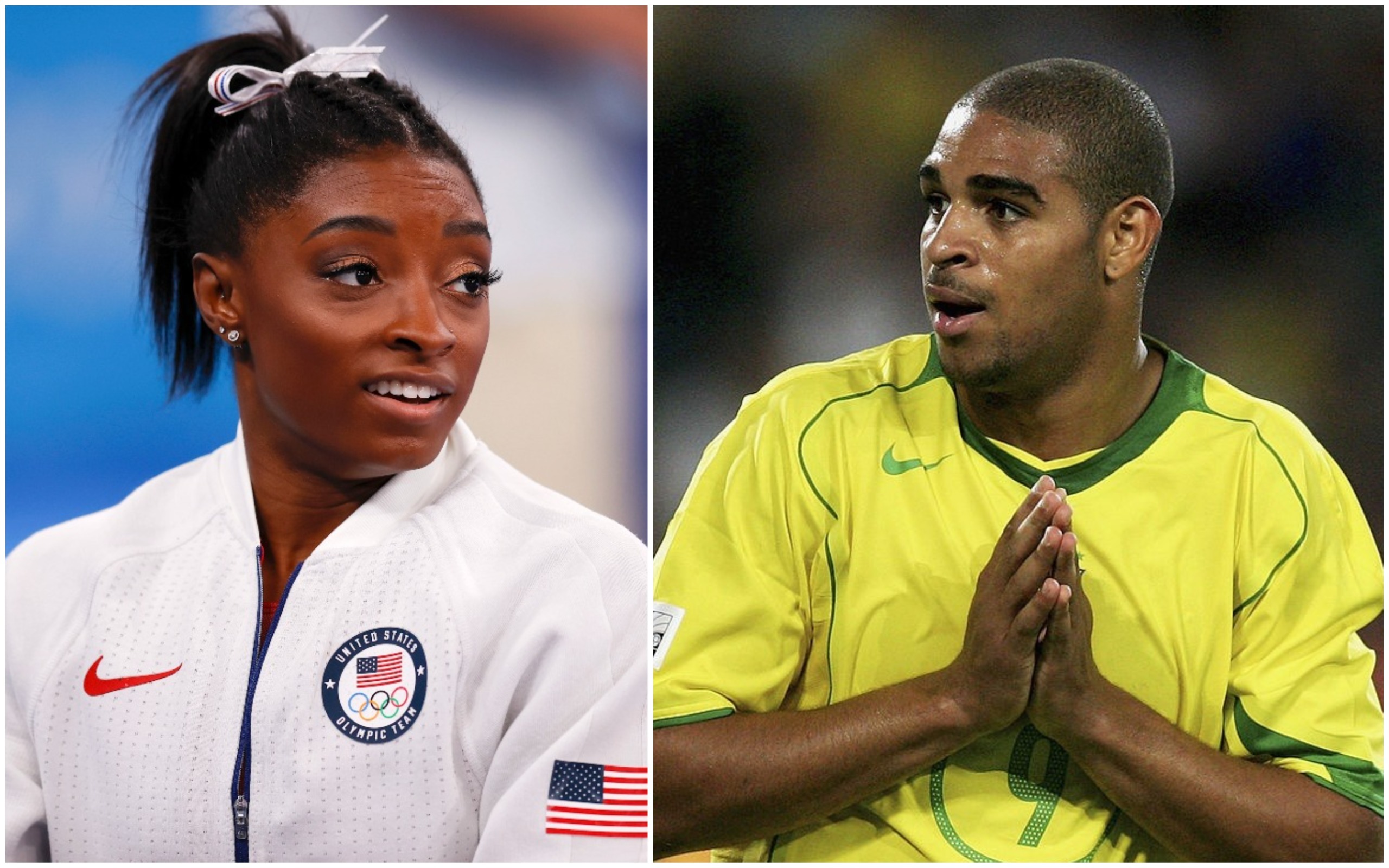 Brazil legend Adriano has sent a message of support to Simone Biles after she raised concerns over her mental health during the Olympics.

Biles, the USA’s most successful gymnast and a four-time Olympic champion, withdrew from two events at Tokyo 2020 this week and highlighted the need to focus on her mental wellbeing.

The 24-year-old also admitted to having doubts over her own ability to perform, which could result in suffering from a serious injury during her gymnastic events.

Adriano, meanwhile, has been vocal about his struggles with alcoholism and depression during his time as a player and has hit out at the criticism directed at Biles over her decision to withdraw.

‘Simone Biles… I know exactly what you are going through,’ Adriano wrote on Twitter.

‘It’s not fair people judge you so harshly, just be happy and take care of yourself.

‘I have gone through all this too and I am still asking myself why and what happened. May God forgive these bad people.’

Adriano was widely regarded as one of the best strikers in world football during his time at Inter but the former Brazil international admits the death of his father was a key turning point in his life.

‘Only I know how much I suffered,’ Adriano told Brazilian magazine R7 in 2018.

‘The death of my father left me with this huge void, I felt very lonely. After his death everything got worse, because I isolated myself.

‘I was alone in Italy, sad and depressed, and then I started drinking. I only felt happy when I was drinking, I’d do it every night. I drank everything I could get my hands on: wine, whiskey, vodka, beer. Lots of beer.

‘I didn’t stop drinking and in the end I had to leave Inter. I didn’t know how to hide it, I arrived drunk in the morning for training sessions. I always showed up, even if I was completely drunk and the medical staff had to take me to sleep in the infirmary.

‘Inter told the press I just had muscular problems. I later realised that the problem was the people around me, friends who did nothing but take me to parties with women and alcohol, without thinking about anything.

‘By going back to Brazil I gave up millions, but I gained happiness.’