Brazil named Rio de Janeiro and three other cities as host venues for the Copa America on Tuesday in a move that appeared to strengthen the likelihood of the tournament taking place, even as a Supreme Court judge asked President Jair Bolsonaro to explain his surprise decision.

The demand by Justice Ricardo Lewandowski came in response to a suit filed by the opposition Workers’ Party, which objected to Brazil hosting the tournament given the current public health situation.

Bolsonaro said earlier on Tuesday his government had agreed Brazil would host the regional tournament from June 13 to July 10, after planned host Argentina pulled out due to a dramatic worsening of the coronavirus pandemic there. 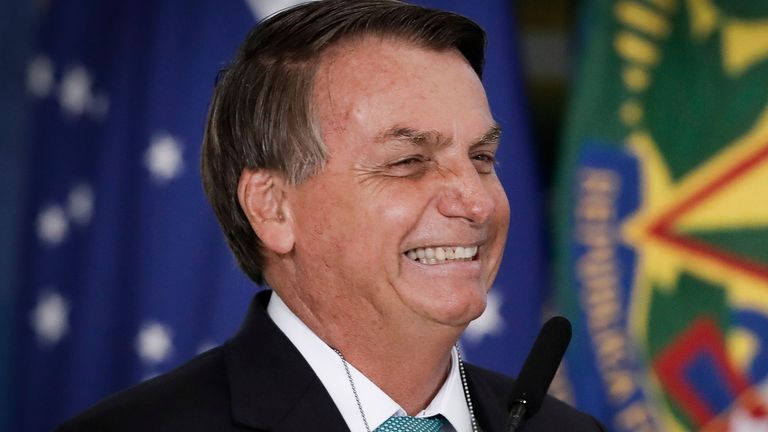 “We have chosen the hosts in agreement, obviously, with the governors,” Bolsonaro said. “So everything suggests … that Brazil will host the Copa America.”

Rio’s Maracana stadium and the Mane Garrincha stadium in Brasilia will be favourites to host the opening match and the final.

The decision to host football’s oldest international tournament comes as Brazil struggles to cope with the ravages of a virus that has killed over 465,000 people, according to government figures, the second-highest tally in the world.

Brazil offered to host the tournament played by 10 South American nations in a surprise decision taken jointly with CONMEBOL on Monday, and is now racing against time to provide flights, transport, accommodation and training facilities for the visiting delegations.

The tournament is set to feature some of the greatest names in world football, including Argentines Lionel Messi and Sergio Aguero, Neymar from Brazil, and Uruguayans Luis Suarez and Edinson Cavani.

CONMEBOL has promised all players will be vaccinated before the tournament begins.

However, not everyone was happy with the move, with Peru coach Ricardo Gareca complaining that Brazil was getting to host the tournament twice in succession.

“It doesn’t seem fair to me that Brazil is hosting the Copa America again because it was the host last time (in 2019),” Gareca said. “I think the fair thing would be to see other options.”

The union of Colombian footballers also expressed their misgivings about the sudden shift of host nation.

“CONMEBOL’s decision generates uncertainty among footballers not just because of the risk to their health but also because of the tranquility and guarantees they require for a normal competition to take place,” a statement from Acolfutpro said.

No fans are expected to attend the games but Bolsonaro said the same health protocols will be followed that have been in place for other soccer tournaments.

Brazil has hosted teams this year from across the continent in the Copa Libertadores and Copa Sudamericana, South America’s equivalent of the Champions League and Europa League.

This year’s edition of the Copa America was held over from 2020 because of the pandemic and was supposed to be the first to be held jointly by two nations but Colombia was removed as co-host and then Argentina pulled out.