Brentford have a charismatic manager in Thomas Frank, unknown but brilliant players and are a breath of fresh air… happy to be the underdogs, they embrace the taunts mocking them as ‘just a bus stop in Hounslow’

It is a glorious August evening at Brentford’s new Community Stadium and manager Thomas Frank is holding forth at a drinks party.

The season has yet to start. In three days, Brentford will record that 2-0 defeat of Arsenal here in their inaugural Premier League fixture.

Right now, the manager, along with the club’s directors of football, Phil Giles and Rasmus Ankersen, are hosting an informal reception for the media, a moment of serenity before the bedlam of the season. 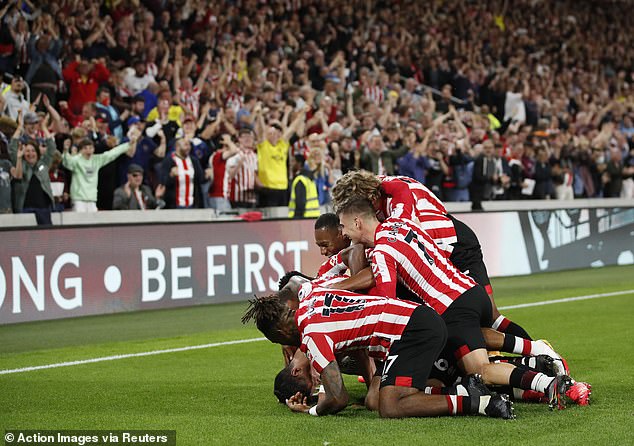 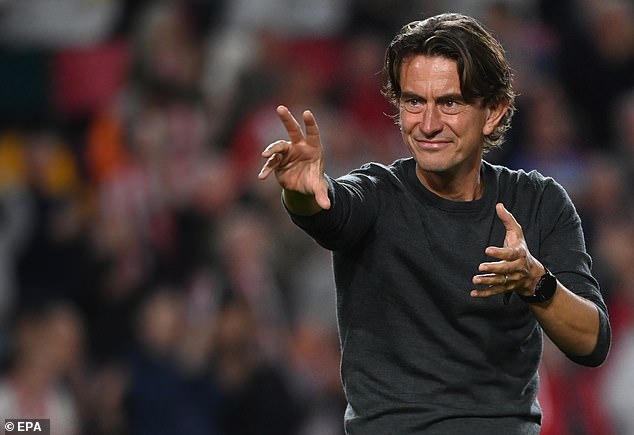 Frank is engaging company, talking about his unexalted football pedigree in Denmark, his family, his life and his love of London, when suddenly there comes an awkward turn in the conversation.

‘So, tell me,’ says Frank to a group of three or four journalists. ‘How many of you have tipped Brentford to go down?’

There is an awful lot of uncomfortable shuffling, a sudden outbreak of staring at shoes and a curious inability to make eye contact with the 47-year-old Dane. Eventually I crack and admit that, yes, Brentford are among my relegation predictions.

Frank laughs heartily at the memory last week when he is reminded and immediately tries to be more at ease. ‘Thank you for honesty!’ he says. ‘And I think I said that also on the day when you said it…’

We are two months on from that August evening and suddenly it seems Brentford are something more than relegation fodder. Indeed, they are rapidly becoming everyone’s favourite other team.

That exhilarating win over Arsenal has been backed up with last Saturday’s 3-3 draw with Liverpool. As impressive, though less eye-catching, was the 1-1 draw at Aston Villa and 2-0 win at Wolves.

They’re just a bus stop in Hounslow, as their own fans sing, but Brentford also look a serious Premier League proposition.

Frank has taken to using that self-deprecating moniker, which was coined by QPR fans as an insult for west London’s fourth-best team, and has appropriated it as an empowering motif. 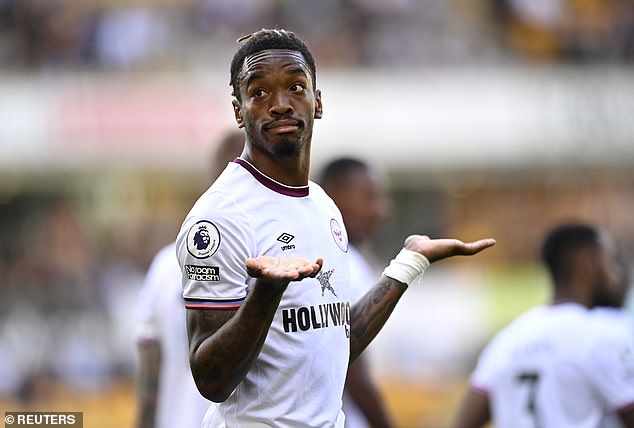 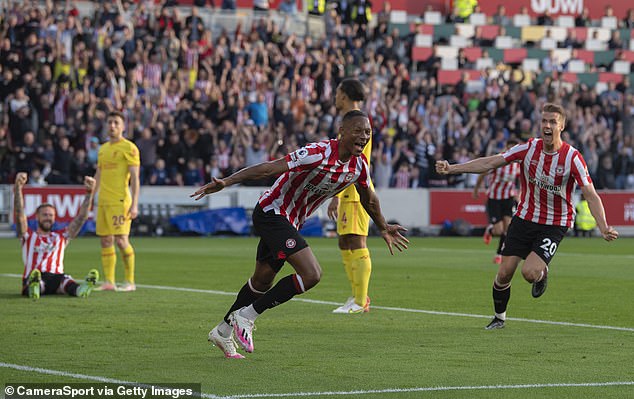 ‘You’ve met me a couple of times and I always try to be 100 per cent honest and as authentic as possible,’ says Frank.

‘We are just little Brentford. Of course, we know within the club, with the knowledge, with the hard work, quality players, fantastic staff, we have quality of course. We know that.

‘But we need to understand we are just a small club. And if I was head coach of Leeds, I would never say we’re just a bus stop. That would never work. But this can work in our favour as every single time we get a point it’s a fantastic performance.

‘Of course, that’s very nice but that only lasts for 24 hours. We know if we get carried away and if we are not living and breathing one of my key things, the attitude, where we are confident but humble, then we will be overtaken by all of the teams. 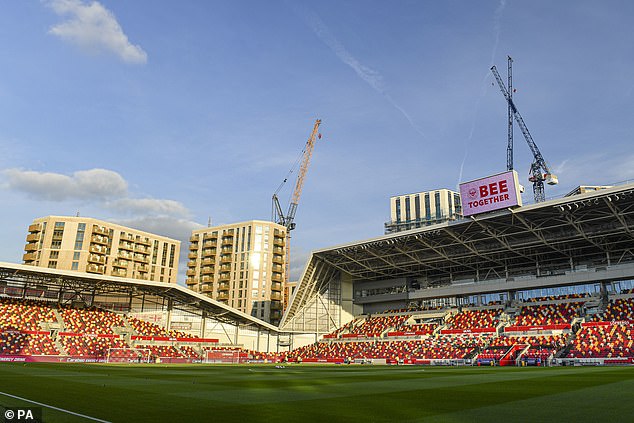 Playing at their brand new stadium, Brentford look well set-up for a long stay in the top-flight

‘Of course, we’re aiming to be as high as possible but that’s maybe 18th, maybe 17th, maybe higher.’

There is much to commend itself in the Brentford story. Owner Matthew Benham, a former banker and professional gambler who initially rescued the club with a £500,000 loan in 2006 and then took it over in 2012, studied physics at Oxford University and has ensured that Brentford have been best placed to exploit the data revolution in football.

The sale of those strikers alone generated £70milion, while their ‘dynamic duo’, the striking partnership of Ivan Toney and Bryan Mbeumo, cost £5m each.

But the public face of Brentford’s miracle is Frank, the coach at the helm, who joined as an assistant in 2016 and took over when Smith left for Villa in 2018, recording just one win in his first 10 games. As such, he fits the persona of the club, with his own unlikely rise. 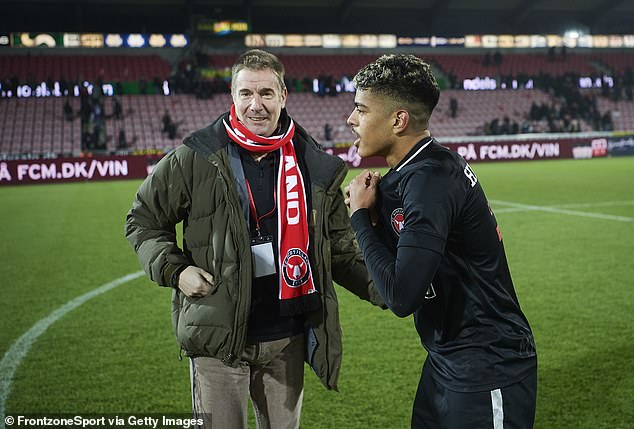 Frank played football only until the age of 20 for his home town club Frederiksvaerk, in the lower reaches of Danish non-league football. A much lower level than the Vanarama National League in England, he says. ‘I only played with friends, grassroots level,’ he adds.

‘I guess I had a coach that didn’t understand me as my unbelievable skill set would have let me go further!’

He started coaching Frederiksvaerk’s Under-8s team. Eventually his star rose sufficiently for him to be put in charge of Denmark’s U16 and U17 teams, where he thrived but his big break came when asked to coach Brondby.

‘When I started coaching at 20 years old in grassroots, I never saw myself 27 years later in the Premier League,’ he says. ‘That was never an aim back then. I wanted to coach U17 teams, then coach U17s team in the best league in Denmark, then maybe full-time coach, then dreaming about being youth national team coach.

‘I got the job and, in those five years [with Denmark], maybe in last year I was thinking maybe I could coach senior pros? I didn’t even play academy level. Arsene Wenger was a little bit the same.

‘But I was glad to see other managers [like Rafa Benitez and Jose Mourinho] who came through similar routes and I hope I inspire other coaches that it’s possible.’ 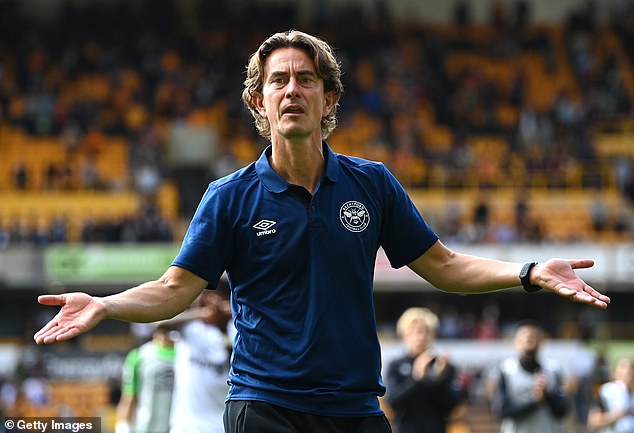 When the Brondby job ended, he was determined to honour a promise he and his wife had made 16 years previously. ‘I went backpacking in 2000 for six and a half months. I was in Thailand for 14 days, Australia one month, New Zealand two months, then South America, Peru, Bolivia, Chile. [I remember] the freedom you felt! And 100 per cent sure, the day I get sacked I will take my family out travelling. So, I can’t wait!’

When he first started out in coaching, with a degree in psychology, he felt he had to read more than anyone and study in greater depth to get ahead of his peers.

‘I constantly try to develop,’ he says. ‘I have a way I believe in but want to sharpen it constantly, like you have an engine and you’re building it and you want to make it a little bit better. Like in Formula One. Can you win a second here or a second there?

‘But after reading or learning about how to be an expert, you need to have been out here the 10,000 times if you want to be an expert. I still work hard, because I’m a perfectionist. But I have learnt that the ability I have to interact with a player needs to be there constantly. And I can’t maintain that if I don’t rest.’

So on Sunday, the phone goes off. If the owner or his line manager rings, he will leave the call if he is with the family and return it later, when appropriate. Last Sunday, after that Liverpool game, there was a late and hearty breakfast with a long-time friend. 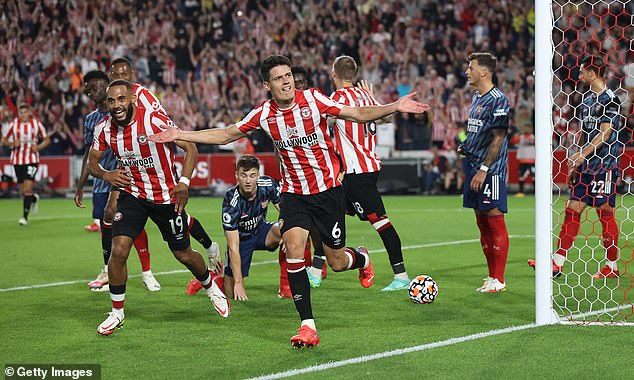 Then a pub lunch with his wife near Guildford. He still uses Richmond Park in south west London to get away. However, he is less successful at disappearing these days. Even at Sunday’s pub lunch, he was recognised and accosted at the table by admirers.

‘These international breaks, I need some time off,’ he says. ‘On Wednesdays, when we’re off, I’m probably still on my computer, three hours watching bits and pieces, making some emails. And then when you’re at home, you watch a football game. Last night [Monday night, Crystal Palace v Brighton], I didn’t watch it in any detail but it’s still going on.

‘I do have staff or analytic people who will have done the most important bits. But there are always details I want to show, two or three clips to each player. I still do that because I believe massively that the small details and margins we can add on to the players.

‘I have an open mind-set but you still get dragged into “we play this system with these players”. You do something that works and then the opponent does something: “Oh! They found us out and now we have to do something differently”. 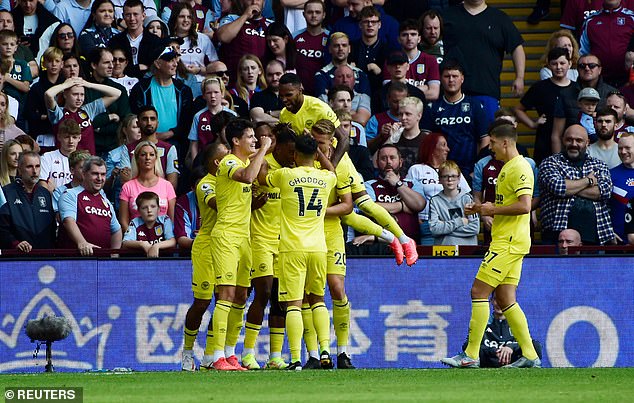 ‘If you want to send specific messages to the players – running in behind, constant press forward — you need to keep saying it and reinforcing it on a high level, but in different ways to make it still exciting because at a certain time it becomes ‘Oh my God! F****** hell! He’s so boring”.’

The call is coming to an end but Frank isn’t finished. ‘So, I have to ask, where are we going to end up this season?’

There is a degree of floundering. Though this initial euphoria for Brentford should wear off in the hard months of winter, nine points is more than a quarter of the way to safety. So we settle on 14th or 15th.