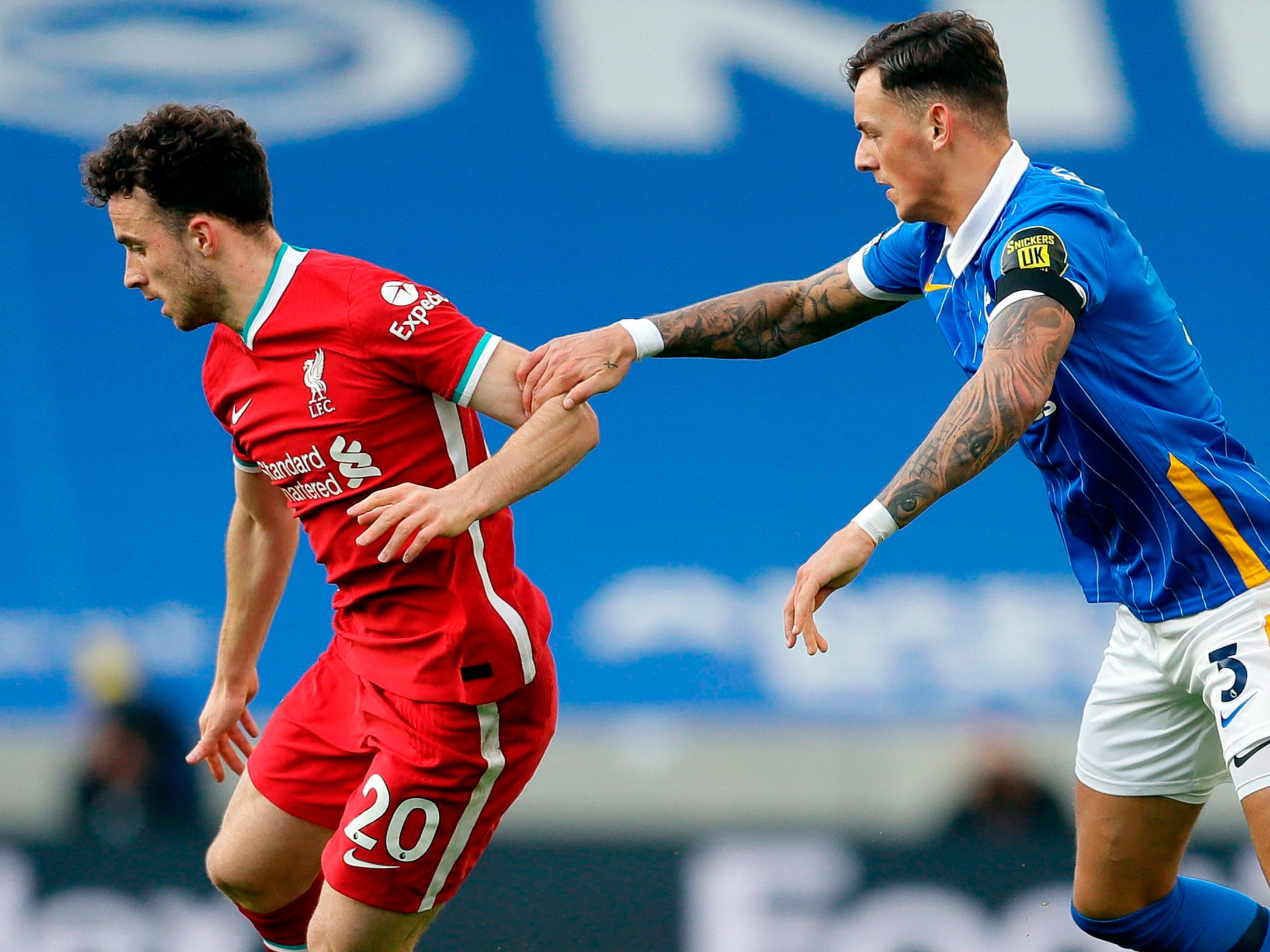 More quick turnarounds between games means more rotation for Liverpool. Jurgen Klopp named three in particular into his line-up who have largely been onlookers this term, giving them a chance to impress…though they didn’t, for the most part.

Takumi Minamino came into midfield and was asked to play the role which links defence to attack, supporting from deep and moving the ball quickly, but he was far from accurate or metronomic in this.

Neco Williams struggled at right-back on and off the ball, giving away possession and the penalty in the first half and being caught out of position several times.

And at centre-back, Nat Phillips was relatively commanding with the aerial threat, but an 11th different pairing in 16 matches still left its mark, with very little understanding between Phillips and Fabinho on when to drop, who took a third runner and even how to play out between themselves. 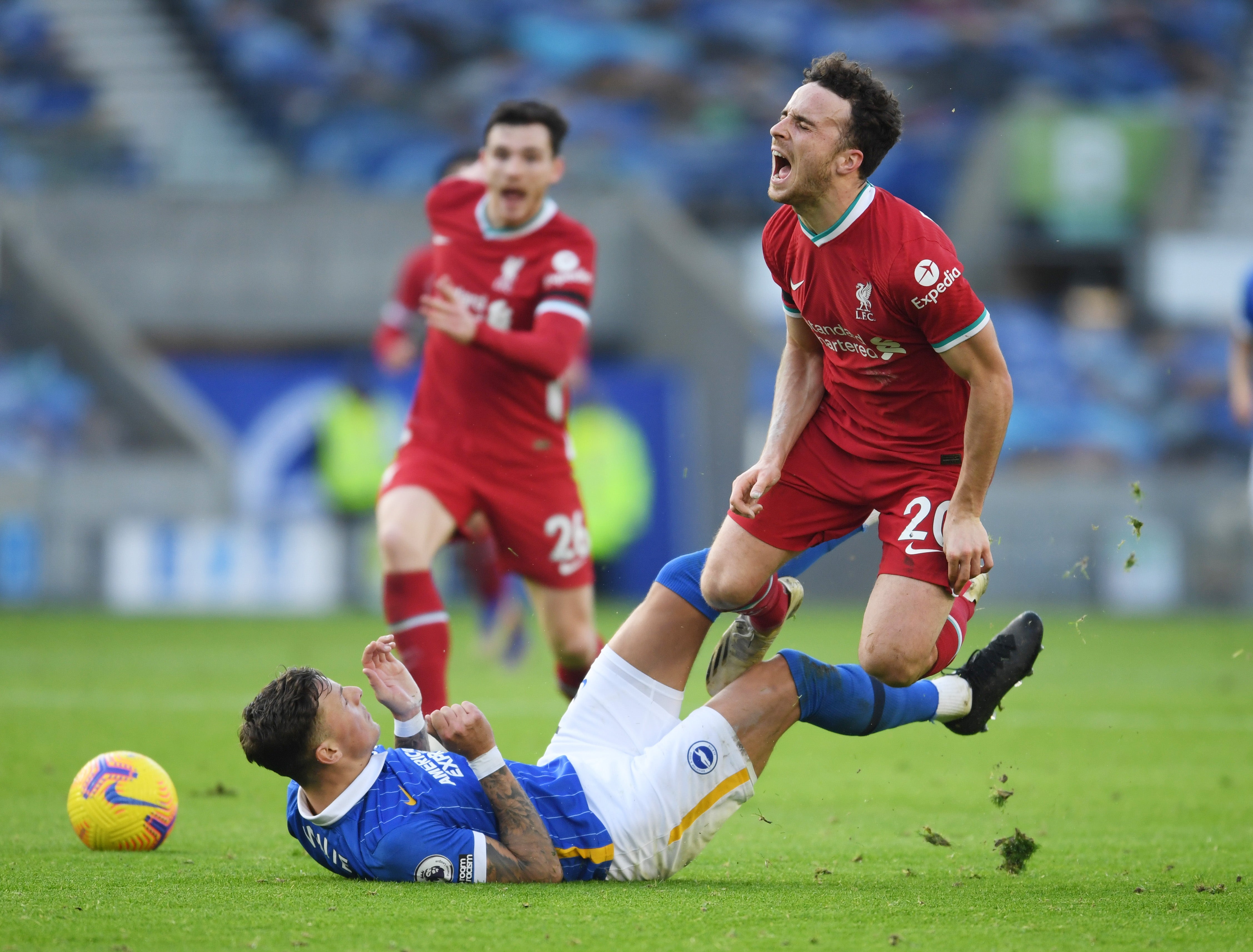 Another game, another spate of players out for upcoming fixtures.

Maupay had barely time to rue his inaccuracy from 12 yards before he had a watching brief for the rest of the game, leaving the pitch with an apparent hamstring issue in the first half.

Brighton brought on Adam Lallana in the second half, just back from his own injury, but his comeback lasted all of eight minutes before he was himself replaced, trotting down the tunnel with another knock.

Liverpool didn’t escape either, losing the versatile James Milner to an entirely unsurprising hamstring injury, with the 34-year-old starting his third successive game here after playing the full 90 against Atalanta, just two-and-a-half days before this one started. 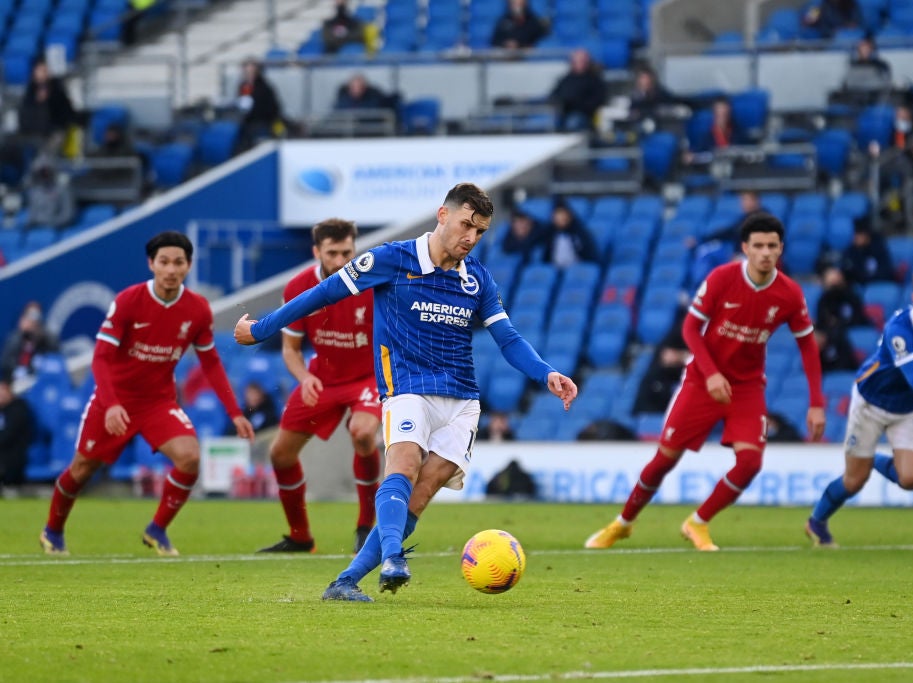 Liverpool goalkeeper Alisson made his 100th appearance for the club on Saturday, and would have wanted to keep a clean sheet to mark the occasion.

He came close to doing so, too; the Brazilian wasn’t troubled by the first penalty and his saves during the game were largely routine, but his importance was on show with his starting position and ability to clear his lines behind the defence.

Those early balls behind the Reds’ defence would have caused even more problems if not for the alertness of their No. 1, with Alisson multiple times racing out of his area to clear.

But a second spot-kick in stoppage time proved too much, with Gross putting his strike down the middle.

A point for Liverpool sends them clear at the top of the Premier League table, but they were certainly searching for a seventh victory from their 10 games so far rather than a third draw.

Spurs and Chelsea will look to continue the pressure later in the weekend, but at least going top overnight in tough circumstances keeps up the Reds’ own ambitions to retain the title.

Their focus now returns to midweek action as they look to secure a Champions League last-16 spot against Ajax.

As for Brighton, they’ll stay 16th this weekend no matter what and they’ll again be left to rue missed chances.

Related posts:
Basketball News:
Mohamed Salah: I want to stay at Liverpool for as long as I can
Leeds vs Brighton LIVE: Latest score, goals and updates from Premier League fixture today
Anthony Joshua vs Tyson Fury receives huge boost as key Deontay Wilder decision made
MLB News:
Matt LaFleur on Week 6 loss to Bucs: Packers have 'come a long way from that day'
Conference Championship Betting Guide: Spread, moneyline, over/under picks for first round of NFL Playoffs
Mets fire Jared Porter after report that GM sent lewd texts to reporter in 2016
Recent Posts
This website uses cookies to improve your user experience and to provide you with advertisements that are relevant to your interests. By continuing to browse the site you are agreeing to our use of cookies.Ok