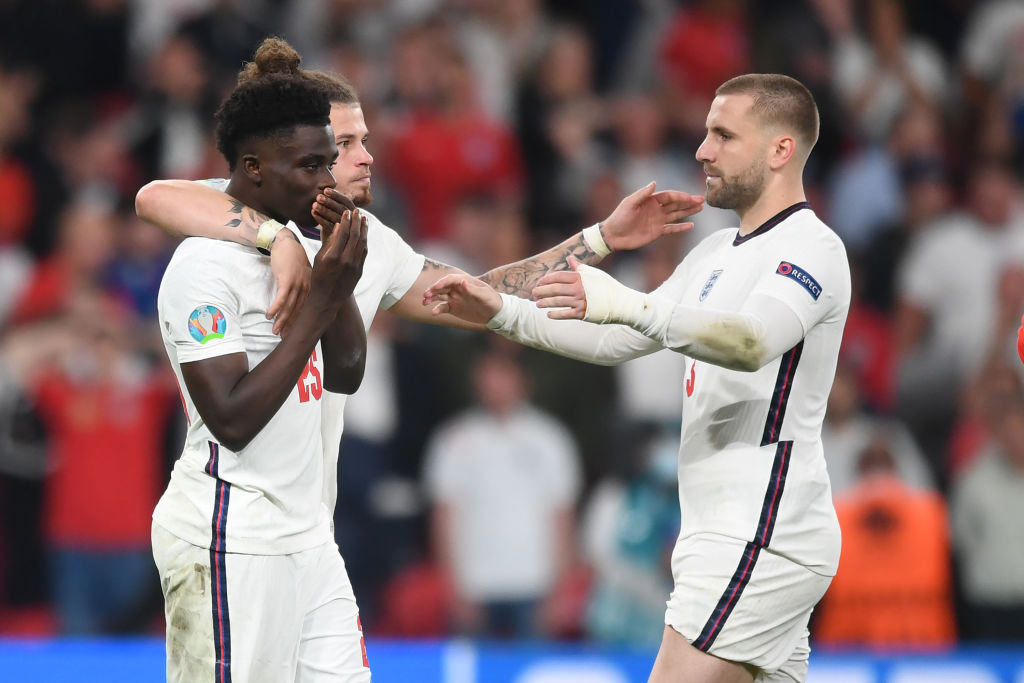 Bukayo Saka, Luke Shaw, Declan Rice and Ollie Watkins were all absent from England’s training session on Tuesday ahead of the side’s World Cup qualifying clash against Andorra.

James Ward-Prowse was pictured for the first time at St George’s Park after replacing the injured Kalvin Phillips, but the four players in question carried out their own personal programmes in the gym.

According to Sky Sports, the quartet’s absence is not a ‘huge concern’ and Gareth Southgate is confident all 24 members of his squad will be available to feature in Andorra la Vella this weekend.

The report claims it was ‘always a part of the plan’ for Saka, Shaw, Rice and Watkins to work on their fitness away from the main group and skip the Three Lions’ opening session.

Saka was forced off following a knock in Arsenal’s goalless draw with Brighton, but Mikel Arteta allayed fears shortly after the final whistle and confirmed the youngster ‘should be fine’.

Shaw, England’s goalscorer in the Euro 2020 final, had been a slight doubt for the squad due to his recent struggles with a shoulder problem. The left-back has also been felling unwell and missed Manchester United’s dramatic Champions League win over Villarreal.

Watkins, meanwhile, has recovered from an injury-disrupted start to the season to feature in Aston Villa’s last five Premier League matches.

The ex-Brentford striker could be in line to earn his fourth senior cap should he be passed fit for Saturday’s Group I encounter.

Euro 2020 runners-up England sit four points clear of second-placed Albania after five wins and a draw in the group.

Andorra head into this weekend’s match as massive underdogs after picking up just three points across their qualifying campaign.

The Tricolours’ sole victory came last month when they ran out 2-0 winners over minnows San Marino.

After making the trip back from Andorra, Southgate’s Three Lions return to Wembley to host Hungary next Tuesday.