Burnley defender Charlie Taylor uses Skype for the first time to tell Sky Sports about how cycling, Netflix and overcoming biscuit temptation is keeping him busy in isolation…

I’m trying to stick to a routine. I set an alarm for every morning – otherwise I would just sleep in until who knows when. Then I get up and try to crack on with things around the house.

Obviously I have never experienced anything like this before but you have just got to adapt and try to make the best situation out of it as you can. I am just trying to stay on top of fitness and keep busy.

We have a sports science group chat on WhatsApp and different sessions get put into that every day then it’s down to you. The club trust us to get it done, so I have tried to make a bit of a home gym with weights and a few other bits and bobs.

The club nutritionist is in that WhatsApp chat as well, and he has been giving us guidelines, ideas and tips about what to have to eat – but it’s hard when you’re on lockdown! It’s hard to stay away from the biscuit tin or the sweet cupboard!

Cycling is a good distraction. I like my cycling, so I try to get on my road bike once a day. I’ve got into it and I’m really enjoying that – it’s my main hobby at the minute! I’m on Strava, where I record my rides, but I’m still a bit of a beginner when it comes to that side of it.

Fortunately, the weather has been lovely, so I have been looking forward to getting a few miles in. I like my cycling, so I try to get on my road bike once a day. I’ve got into it and I’m really enjoying that – it’s my main hobby at the minute!

Then it’s back home, where I am staying with my girlfriend, and we end up watching Netflix or Sky. We have got through a fair few series in the last few weeks! I’ve seen Tiger King – that was a bit messed up! – and we have just finished Money Heist, which was good. No spoilers – I will not ruin it!

It’s a big change to my usual routine – and it’s really strange going from spending your whole week with your team-mates to hardly seeing them. We have got our own group chat which is very active, chatting about all sorts – everything other than football right now!

At the start of most weeks the gaffer will put a message in, updating us on what he knows. But there is not much to say right now. It’s the sport science staff whose role is the most important at the minute, with us trying to stay fit.

I remember, we were just about to go into a team meeting about Manchester City when we were told the season had been suspended. It was really strange – one second we were preparing for this big game the next day then it was all suspended. We stayed in training for another few days but then we were sent home with planners and what not and we have been here ever since. We had actually been on a really good run, unbeaten in seven Premier League games. Of course, Man City was never going to be easy but we’d had some great results over those seven games. The win away at Manchester United is one that will be remembered for a long time, we beat Leicester at home and nearly beat Arsenal as well. We were really happy with how we were doing.

For me personally, it’s been a frustrating season. I got injured in pre-season, lost my place, came back, had another niggly injury and then came back again before the season was suspended. But I have enjoyed it when I have been playing and there are a definitely a lot of positives for us to take from this season, personally and as a club. 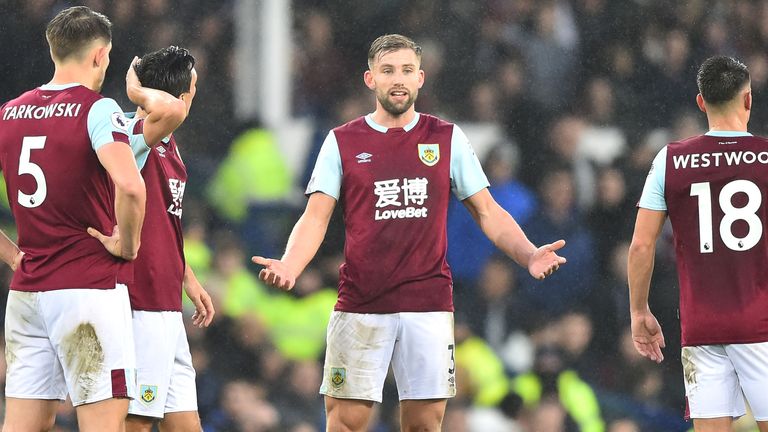 I think I speak on behalf of everyone at Burnley – we are desperate to get back and finish the season and see how far we can go.

During the first few days of lockdown it was good just to chill out and get home but after that you are itching to get back and see your team-mates and everyone would love for the season to finish when it’s safe and possible to do so.