After a summer of speculation around the future of a certain Tottenham forward, it is easy to forget about another supreme English striker.

Dominic Calvert-Lewin might not have topped the shopping list of Manchester City, but if he continues to score goals for fun it won’t be long before Europe’s elite take notice.

Calvert-Lewin scored a penalty for the second week running to add to Demarai Gray’s first-half goal as Everton comfortably saw off Brighton on the south coast. 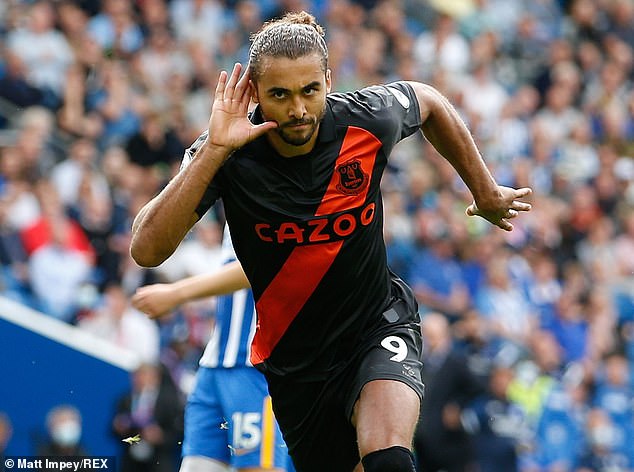 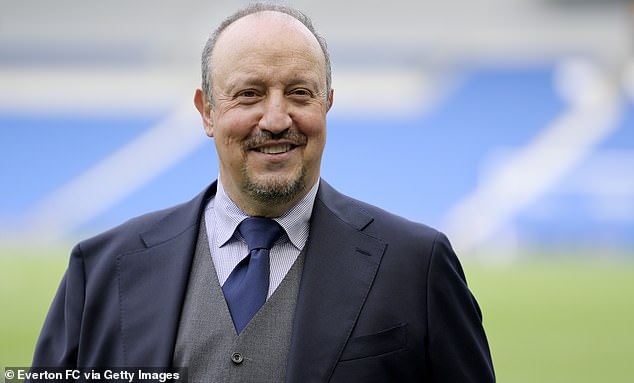 He has started the season just like last year and became the first Everton player to score in each of their opening three league fixtures for two straight seasons since Dixie Dean in 1933 and 1934.

There’s a fair way to go before he, like Dean, gets a statue outside Goodison, but the Everton fans rightly adore Calvert-Lewin.

Still only 24, he is maturing into a serial scorer who is a menace in the penalty box. He bullies defenders, is powerful in the air and has a killer instinct in front of goal.

Rafael Benitez is the seventh manager Calvert-Lewin has had at Everton, meaning he has learnt from a multitude of smart football brains including Ronald Koeman, Carlo Ancelotti and Sam Allardyce. 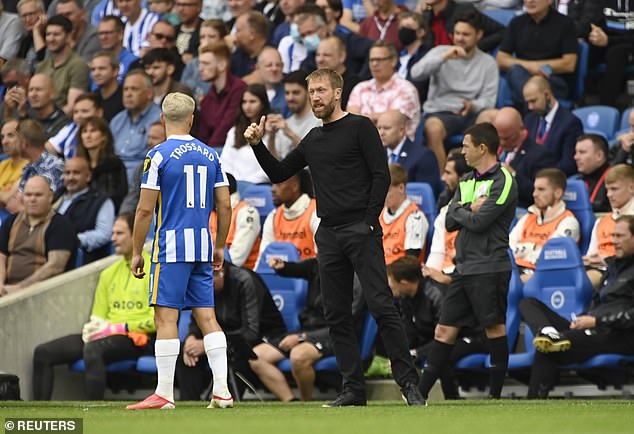 His goal here was a venomous strike from the spot, after he had to haggle over penalty-taking duties with Richarlison, with some help from captain Seamus Coleman.

It was a carbon copy of his spot-kick at Leeds last week, hard and low to the goalkeeper’s right. More pleasing was his overall performance, the hold-up work and old-fashioned No 9 play which allowed others around him to flourish in Everton’s system.

Brighton boss Graham Potter admitted Everton were a ‘step up’ and too good for his side after wins over Burnley and Watford.

When asked why Brighton hadn’t signed a proven goalscorer to give Neal Maupay competition, Potter joked: ‘If you can name me guaranteed goalscorers who can come in and not blow our wage structure and cost £100million, then please send the chairman a note.

‘Harry Kane, is he still available?’ No, but there is another prolific forward who might just tempt the hand of some of Europe’s leading clubs next summer if he continues on his current trajectory. 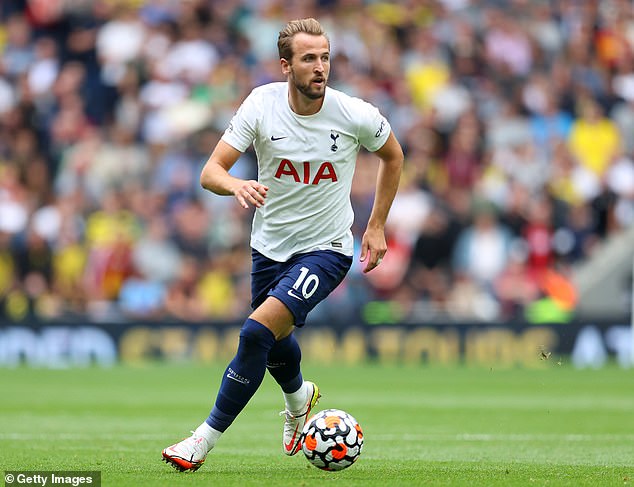