‘Coming second every year is really annoying!’: Caroline Weir ready to make Manchester City No 1 in the Women’s Super League season after being a runner-up three times in a row

In December last year, she became the club’s first player, male or female, to be nominated for the FIFA Puskas Award. There’s one stat she wants rid of, however. Since the midfielder joined City in 2018, the club have finished second in every Women’s Super League season.

‘Coming second every year that I’ve been here is a really annoying stat that I’ve got over me at the moment,’ Weir tells Sportsmail. ‘It’s definitely something I want to change.’ 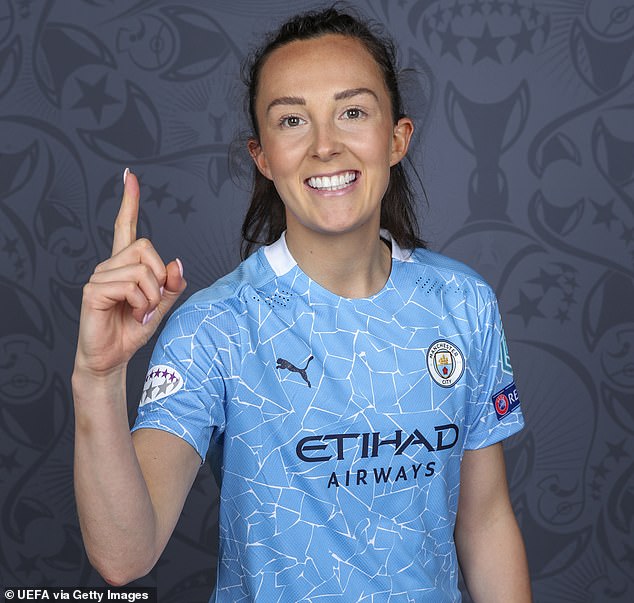 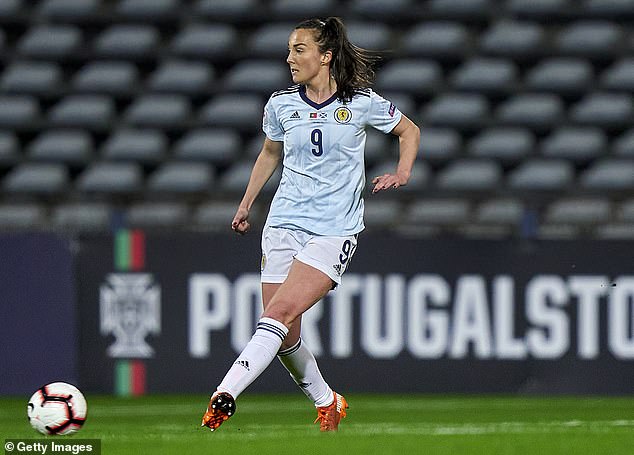 City have in fact come second for the last four campaigns, five if you include the mini Spring Series which took place in 2017. Chelsea have won three of the last four titles, with Arsenal winning the other, including the curtailed campaign in 2019-2020. City were top before the pandemic halted the season but finished second on points per game. The club’s last title came in 2016.

‘For us, it’s nothing too major because we know we’re close, it is just about sticking to the process,’ Weir says. ‘Every new season we bring in new players and it’s about how quickly they can get up to how we want to play.

‘We were really consistent for the last six months of last season but we had that period of a new manager, a lot of new players and we dropped points in the early parts of the season.

‘It’s not necessarily the big games against Chelsea or Arsenal that will win you the league, it’s the other games, when you’ve got three games in a week and you go away to Brighton and you have to travel. They’re the games that can catch you out. We’re wary of that and that’s what we have to keep in mind, as much as it’s a long season we have to start well and we can’t afford to drop points early on in those types of games. 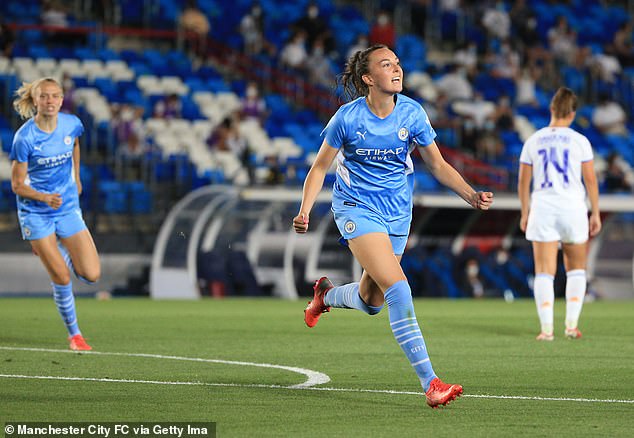 Weir, who scored against Real Madrid in the Champions League, said the club has to start well

‘I’m surrounded by players that want to win all the time and the expectation is that we’ll compete for things. That’s just what it’s like being at Man City.

‘Missing out on the league by two points last season, we don’t want that to happen again because we know how close we are.’

Weir was one of 10 City players to represent Team GB at the Tokyo Olympics and one of two Scots.The midfielder had an impressive tournament but it ended in disappointment with a 4-3 extra-time defeat by Australia in the quarter-finals, with Weir missing a penalty at 2-2.

‘Getting knocked out in the manner we did and missing a penalty in a big game, that was one of the toughest moments I’ve had in football,’ Weir admits.

‘As much as it was tough at the time, I’m kind of over it now and it has motivated me and spurred me on to not be in that situation again cause it’s not that fun.

‘If I look back on it as a whole experience it’s definitely a career highlight. Being part of Team GB and that squad, the best players in Great Britain, it was a huge honour. 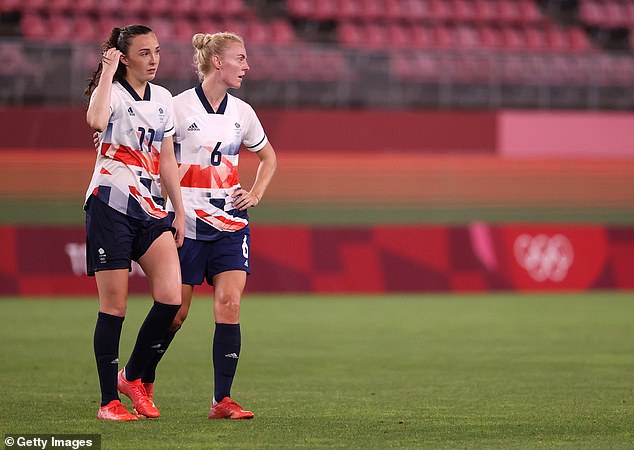 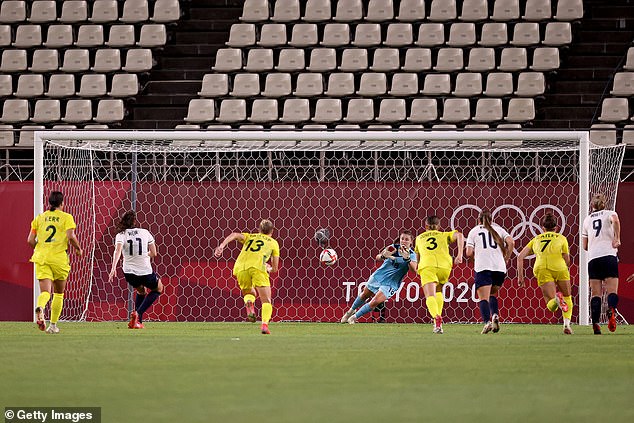 ‘Obviously that last game was hugely disappointing, I thought we had a good enough squad to at least go and compete for a medal. In our heads we did under achieve but in terms of being at an Olympics and playing in that team it was a really positive thing.’

Weir, a big Dunfermline fan, came through the youth ranks at Hibernian before making the move to England to join Arsenal at the age of 18. The midfielder was short of role models during her own childhood but herself and the likes of Kim Little, who retired from international football this week, have played a big part in growing the game north of the border.

‘There wasn’t many female role models when I was growing up, especially in Scotland. Zinedine Zidane was my favourite player, that was the first shirt that I had.

‘Weekends were spent down at our local playing fields, I played for a boys team for five or six years, then afternoons we’d go down to East End Park to watch Dunfermline. My childhood revolved around football.

‘The women’s game has come a really long way in Scotland. Having players like Kim, who played in the national team for 15 years, it wasn’t much when she first got in the squad. She was a massive part of that turn to professionalism.’ 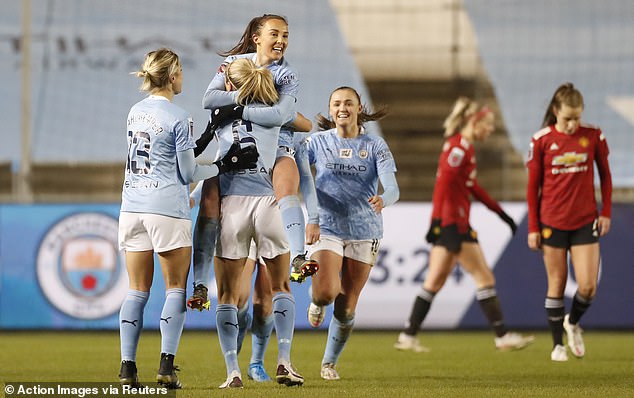 While at Hibs, Weir played under Everton boss Willie Kirk, who she comes up against in City’s opening WSL game this weekend.

‘I know Willie really well, he brought me through the Hibs team and saw me develop through my teens.

‘Then I went to Arsenal and he got the Bristol job and I left Arsenal to join Bristol. I’ve got a lot of time for him. He’s a good manager and he’ll make Everton really organised and they’ll give us a tough game.’

It was the opening day of the 2019-2020 season when Weir scored the goal against Manchester United which saw her nominated for the Puskas award. She scored another stunner against City’s rivals last season, so when can we expect the next?

‘You’re guess is as good as mine!’ Weir laughs. ‘It’s always nice scoring against United, I’ll take any goal but hopefully I can keep impacting matches.’