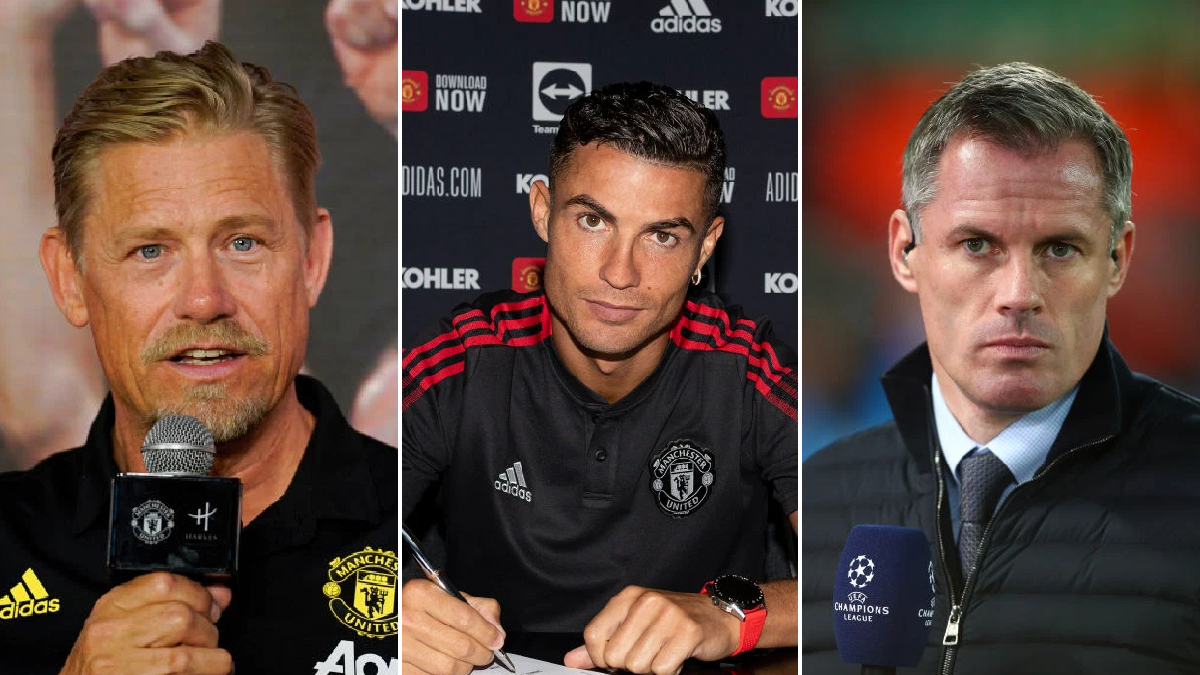 Peter Schmeichel has hailed Cristiano Ronaldo’s return to Manchester United and disagreed with Jamie Carragher that he will have a ‘negative effect’ on the team.

Ronaldo spent six years at Manchester United earlier in his career and secured a sensational return to the club last month after leaving Italian giants Juventus.

The 36-year-old has won five Ballon d’Or awards and is considered one of the best players in history, but Liverpool legend Carragher believes he could have a ‘negative effect’ on his new team.

‘I’ve never seen so many ex-Manchester United players almost looking love-struck by the sign of Cristiano Ronaldo so it’s a huge moment for them,’ the former defender told CBS.

‘He is one of the greatest players of all time, no doubt, but I actually think it may have a negative effect on Manchester United.’

Responding to Carragher’s comments, Schmeichel said: ‘There’s a word that you said: “I think it will be negative”.

‘I think it’s a marquee signing. It’s one of the best signings that the club has made in 10 years, and it’s something we as fans, we’ve been hoping for something of this calibre.’

The Manchester United hero added: ‘People say that he’s way past the sell-by date, that he wasn’t as good as he has been when he was at Juventus.

‘But the fact is, in his weak season, which is three years ago at Juventus, he scored 28 goals. Last season he scored 37 goals.

‘If you can score half that or add half those goals to a Manchester United season, then it’s going to be a fantastic season.’

But Schmeichel believes the addition of Ronaldo makes Manchester United contenders in both the Premier League and Champions League this season.

He said: ‘Because of who he is, the experience he has at the international level, it gives us a shot of competing at to the very end in the Champions League.

‘PSG this season, on paper, it looks like an unbeatable team but they have got a lot to prove. And so has Liverpool. So Man United have a chance.’