‘Right now they are like mentality midgets’: Jamie Carragher ridicules old club Liverpool after Jurgen Klopp’s Premier League champions lose at home for the SIXTH time in a row after shock defeat to relegation battlers Fulham

Jamie Carragher has ridiculed his old club Liverpool as their dramatic decline continued with a sixth straight defeat at Anfield.

The Reds lacked invention and energy as they fell to a 1-0 loss against a resurgent Fulham side, who gave their hopes of survival a shot in the arm by drawing level on points with 17th-placed Brighton thanks to Mario Lemina’s first-half strike.

Jurgen Klopp made seven changes from the side beaten by Chelsea on Thursday, with Trent Alexander-Arnold, Sadio Mane and Thiago Alcantara among those taking their places on the bench. 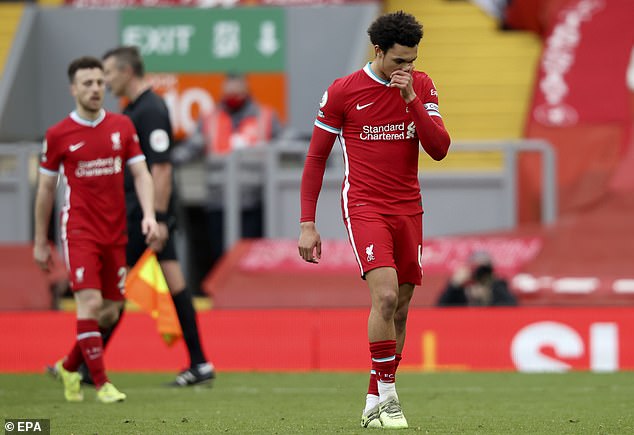 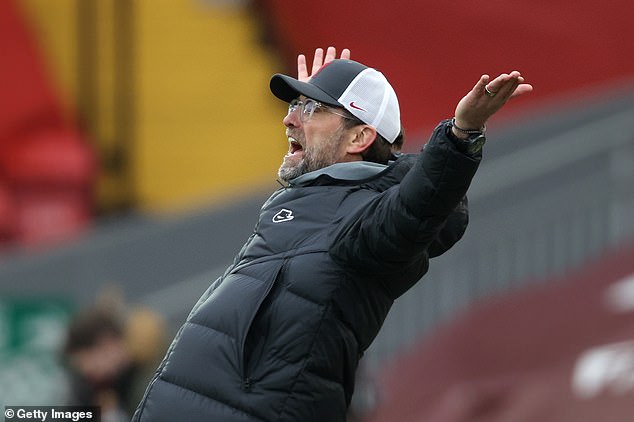 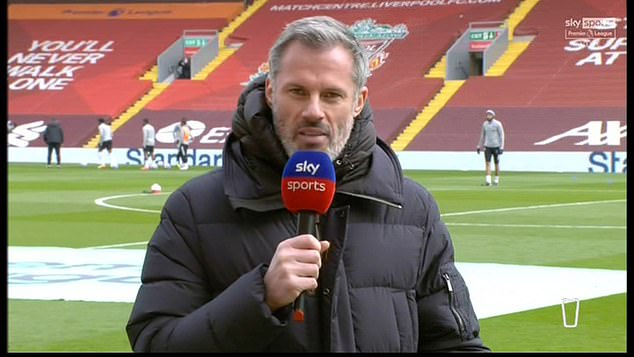 Mane and Alexander-Arnold were brought in the second half as the hosts desperately tried to salvage something from the contest, but to no avail as they registered just three shots on target to see their winless run at their spiritual home extended to eight games.

This is the first season Liverpool have lost six home league games in a single season since 1953-54 – when they finished bottom of the old first division – and Carragher gave a damning assessment of how far the Merseyside giants had fallen.

‘Jurgen Klopp previously called this team mentality monsters and that was absolutely right at the time,’ he told Sky Sports.

‘But right now they are like mentality midgets. This team is just not dealing well with adversity at any point in the last four months. 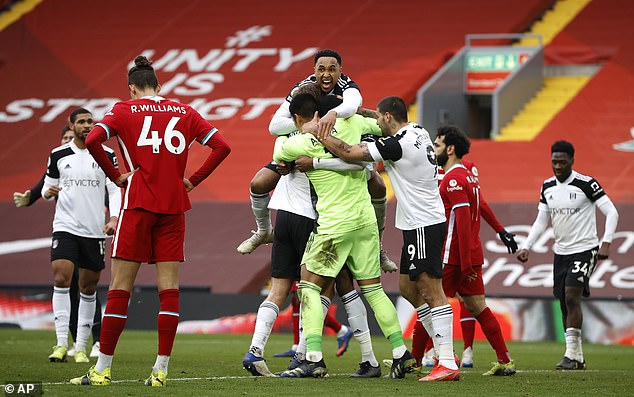 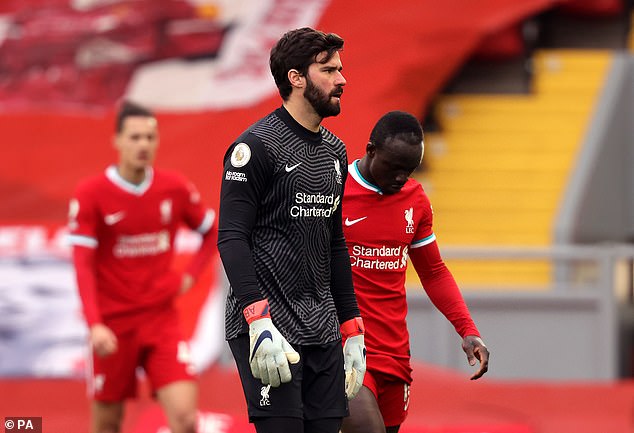 ‘And that’s just not acceptable at Liverpool.’

The Premier League champions have little time to dwell on this latest setback before they look to press home their two-goal advantage in the second leg at home to RB Leipzig on Wednesday before travelling to Wolves the following Monday.

Klopp’s side sit seventh, four points off Chelsea having played a game more than the west Londoners.