There was a bit of a commotion before kick-off over Dominic McKay’s unnerving escape into the night. By the end of this largely stodgy win over Ross County, though, it was the absence of Kyogo Furuhashi that was being felt most keenly of all.

Listen, the win was deserved in the end, even though the final scoreline flattered to deceive. That’s probably all that matters considering the potential for the new chief executive officer leaving just months into the job to light a fresh fire under a club already battling to rise again from the charred remains of last season.

However, this was not the ‘Angeball’ witnessed in those six-goal hammerings of Dundee and St Mirren at Parkhead before the international break. 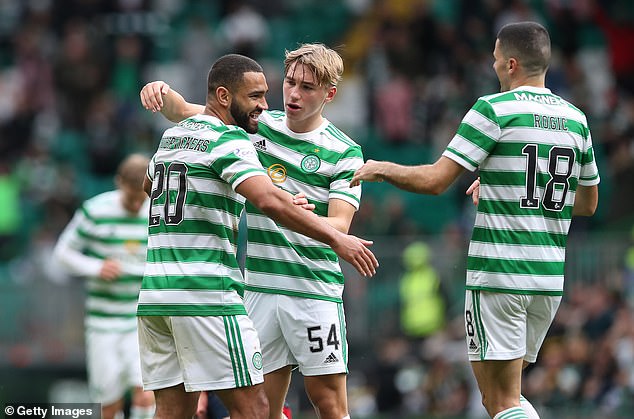 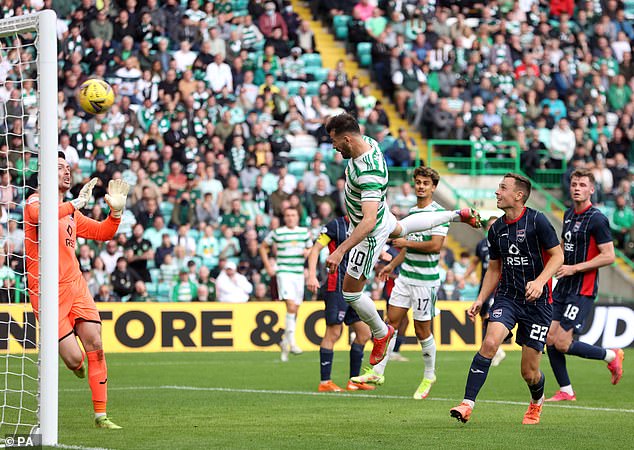 Until a fortunate – and wicked – deflection allowed debutant Cameron Carter-Vickers to break the deadlock on 64 minutes, the capture of the three points in this one was beginning to look anything but certain.

Indeed, were it not for a good Joe Hart save from an unconvincing Dominic Samuel header with the scoreline still 1-0 midway through the second period, this could have been even more interesting.

As it was, an Albian Ajeti double made things appear more comfortable than they really were. The Swiss forward was making his first start of the season and it would be normal to jabber on about him staking a claim to be the regular frontman after a poor debut campaign, but it would be missing the point.

Sure, it is only one game. Celtic might go to Real Betis in midweek and turn in a masterclass, even though the removal of left-back Greg Taylor with a recurrence of a shoulder injury on 48 minutes is an evident problem.

But it does look from this display yesterday that Furuhashi is more integral to manager Ange Postecoglou’s way of playing than anyone could have imagined. 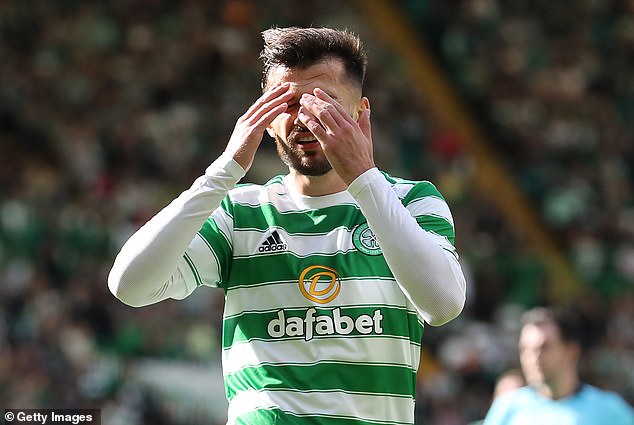 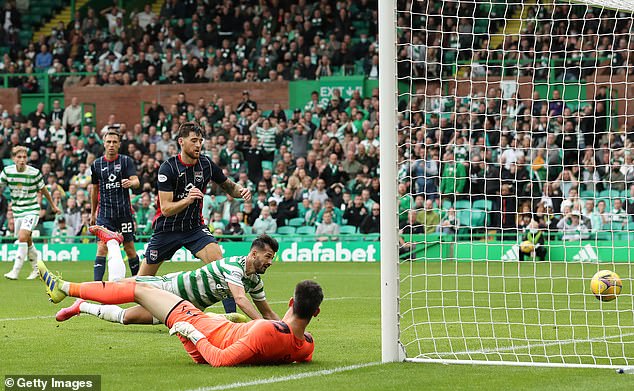 Ajeti’s first was a diving header past the stranded Ross County keeper, sliding in to score

His absence through a knee injury picked up while away with Japan took its toll. That he might be out for a month is a matter of real concern. Celtic looked a different, less fluid, less joined-up team without him. His running and awareness when played up front pulls defenders out of position, creates space, helps pick locks.

Ajeti offered little of that. To be brutal, he was pretty anonymous until he got on the scoresheet. For all the domination of possession and territory, Celtic, it has to be said, were nothing special.

Carter-Vickers did OK on his debut. He looks tidy enough on the ball if not exactly the towering presence you feel a defensively-suspect side need.

Joao Filipe Jota made his public bow after arriving on loan from Benfica too. Fielded out left, he was the brightest spark on the field in the early stages, gradually falling out of things a little. He brings danger, no doubt. As he regains sharpness, he will need to bring a better end product too.

Celtic’s Ultra wing made their presence felt before the match with a banner criticising the current board in the wake of McKay’s shock departure on Friday evening. They also flew it in their corner of the ground before the match to send a clear message that those in the Directors’ Box remain very much within their sights. 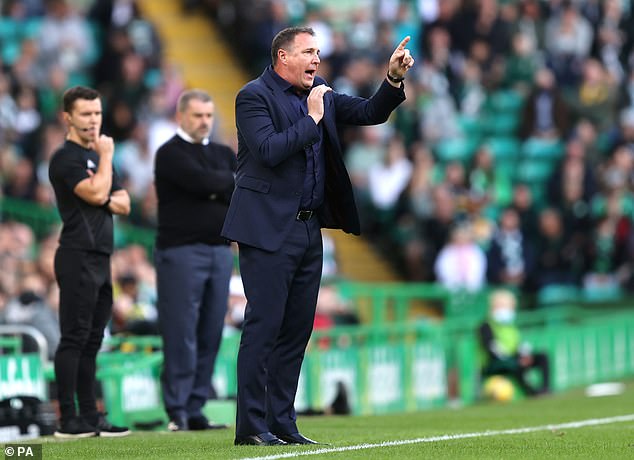 County’s stance was abundantly clear from the off as well – defend deep, get a foothold in the game and try to make inroads on the counter. Despite losing by three in the end, it actually worked pretty well.

They were pinned back in their own half during the opening stages, barely able to get a touch of the ball, but they very slowly began to offer a greater threat of their own, particularly down the right side.

Abada hit the bar for the home side just after the quarter-hour when seeing his effort from an acute angle on the right palmed onto the woodwork by goalkeeper Ross Laidlaw after an exquisite through ball from Tom Rogic.

Greg Taylor put another inviting ball across goal moments later, but Ben Paton was sharp enough to knock it out at the back post as Abada loitered with intent. By the time David Turnbull released a low shot that hit the side netting low to Laidlaw’s right, the visitors were clearly beginning to feel they had weathered the worst of the storm.

Just after the half-hour, Blair Spittal delivered a dangerous, low ball from the right flank after being fed by Regan Charles-Cook and Ross Callachan, his run into the box untracked, only just failed to make contact directly in front of goal.

Again, that right side proved a worthy route to explore shortly afterwards when Jordan White went on a galloping run before sending a low effort well wide. 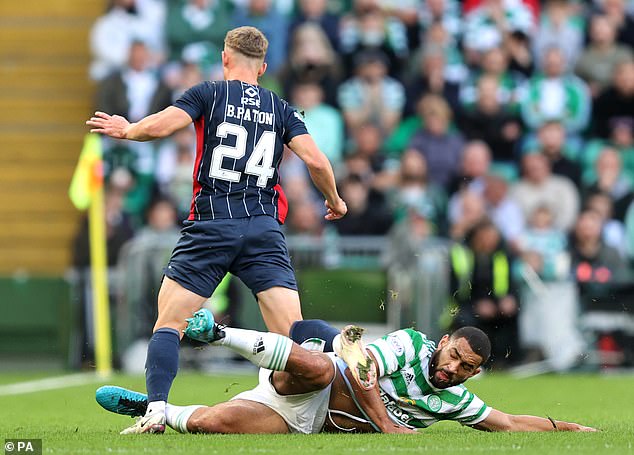 This is not to suggest County were going all guns blazing. The focus remained on trying to stay organised in defence. However, they were threatening, most definitely, to make a game of it.

Abada saw the frame of the goal deny him again ten minutes from the interval when a shot from the edge of the area spun onto the top of the bar and a decidedly mixed first-half for the Israeli ended with him fluffing a great chance at the back stick, putting the ball wide from close-range after a diagonal pass from Rogic.

Jota had a decent chance on the hour when taking a pass on his chest and moving inside before slashing the ball miles wide. It was all getting a bit ragged from Celtic by that point, though. A bit uninspiring. Maybe even a bit worrying for their capacity following.

That the breakthrough came about as a result of good fortune rather than any kind of promising football probably said a lot. Cameron-Vickers took a pass from Carl Starfelt around 30 yards out a released a speculative low effort.

In any normal chain of events, it would have troubled nobody. However, the ball took a massive deflection and looped over Laidlaw into the far right-hand corner of his net. 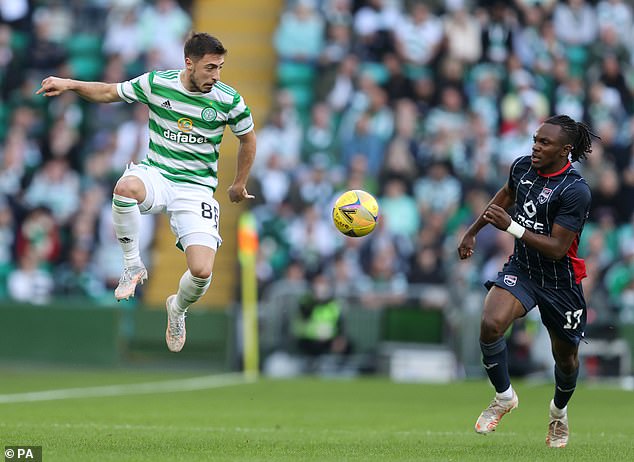 As evident as the relief was, the roof almost fell in four minutes later. It was a passage of play which changed the game entirely.

Charles-Cook had been getting a lot of joy on the left against Josip Juranovic and did really well to make it to the bye-line and hang up an excellent ball for substitute Dominic Samuel. His diving header from point-blank range lacked conviction, though, and allowed Joe Hart to save to his left.

If Samuel had got back to his feet quickly, he might have got a second bite at the cherry. As it was, the cutback from Spittal hit off his grounded body before going wide. And before you knew it, Celtic were two in front.

Abada made up for a frustrating display by floating a lovely cross to the back post from the right and Ajeti rose highest to cushion a clever header into the net. His second came five minutes from the end when converting after Laidlaw had saved a James McCarthy header from a David Turnbull cross.