Celtic warmed up for next week’s Scottish Cup clash with Rangers with a thumping 6-0 Premiership win over Livingston at Parkhead.

First-half goals from winger James Forrest and midfielder David Turnbull had the home side comfortably ahead at the interval, but they really turned on the style after the break.

Skipper Scott Brown’s header via Livi defender Jack Fitzwater in the 50th minute was followed by a terrific Mohamed Elyounoussi double and a late strike by substitute Ryan Christie. 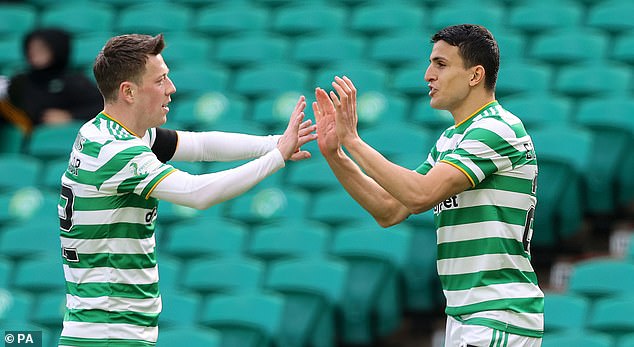 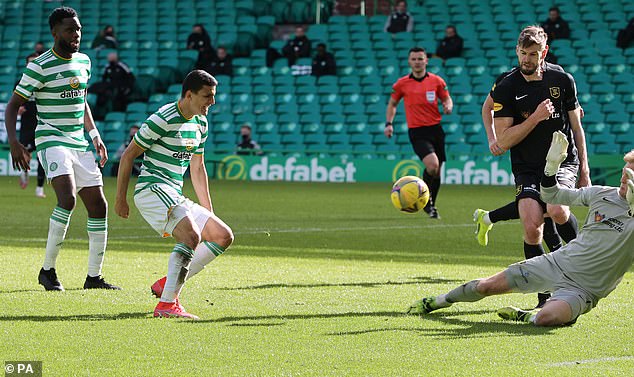 James Forrest, recently recovered from ankle surgery, was taken off just before the hour mark, which may be a cause for concern ahead of the last-16 cup game at Ibrox, but overall interim boss John Kennedy will have been encouraged by the convincing performance and the thirst for goals.

With an eye on next week’s match in Govan, Kennedy brought back French striker Odsonne Edouard, having given him a rest for the Scottish Cup tie against Falkirk last week.

After a period of silence before kick-off to mark the death on Friday of Prince Philip, Duke of Edinburgh, both teams began with intent, with James Forrest and brother Alan of Livingston involved in early action. 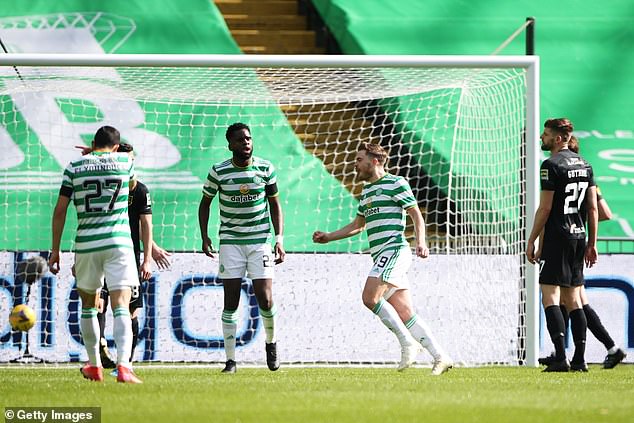 James Forrest (No. 9) got Celtic’s party started and scored the opener after half an hour

Livi had to work hard to contain the enthusiastic home side.

It was a task they undertook with some diligence until the half-hour mark when James Forrest ran on to a flick from Edouard before hitting a scuffed shot past goalkeeper Robby McCrorie for his second goal in two games.

The West Lothian side began to look vulnerable and Elyounoussi headed a Forrest cross past the far post.

Then, after taking a pass down the left from Taylor, the Norway international set up Turnbull with a cross from the byline which deflected off Fitzwater and looped over McCrorie, allowing the former Motherwell playmaker to force the ball over the line from a yard. 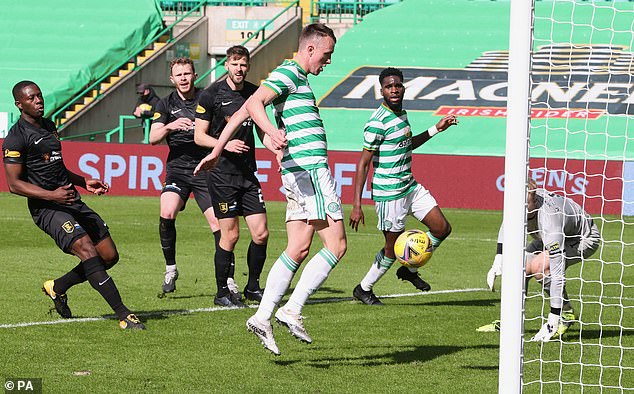 Celtic keeper Scott Bain blocked an angled drive from Alan Forrest, but at the other end just before the break McCrorie prevented Edouard’s drive making it three.

Lions boss David Martindale brought on Josh Mullin and Matej Poplatnik for Craig Sibbald and Jay Emmanuel-Thomas at the start of the second half, but Celtic soon threatened again twice through Elyounoussi, with McCrorie making good saves, first from his header and then from a long-distance drive.

However, the Rangers loanee had no chance when Brown’s diving header from a Turnbull corner struck Fitzwater before the ball landed in the net. 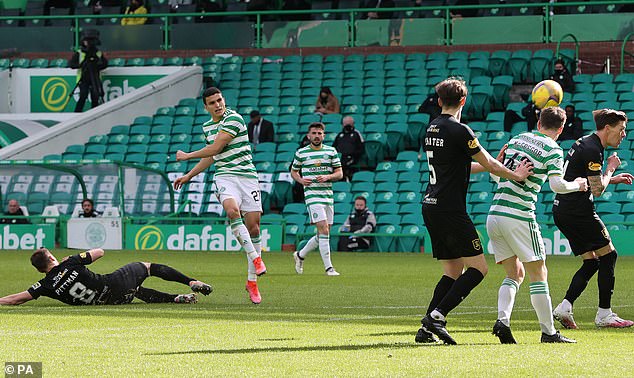 Elyounoussi then got in on the act in the second half, hitting into the top corner on 54 minutes

Four minutes later, Elyounoussi curled in a shot from 22 yards to make it four.

After Bain blocked Poplatnik’s effort from close range the busy McCrorie made cracking saves from Edouard and Brown.

Then came a worrying moment when James Forrest, who only returned last month after being out with an ankle injury since September, signalled something was wrong by sitting down and was replaced by Christie.

But there was no stopping the rampant home side.

Elyounoussi made it five in the 66th minute with a delightful dink over McCrorie after taking a pass from fellow Norway international Kris Ajer.

And with three minutes remaining Christie drove past McCrorie from inside the area to seal Celtic’s biggest league win of the season and ensure they will travel to Ibrox with confidence. 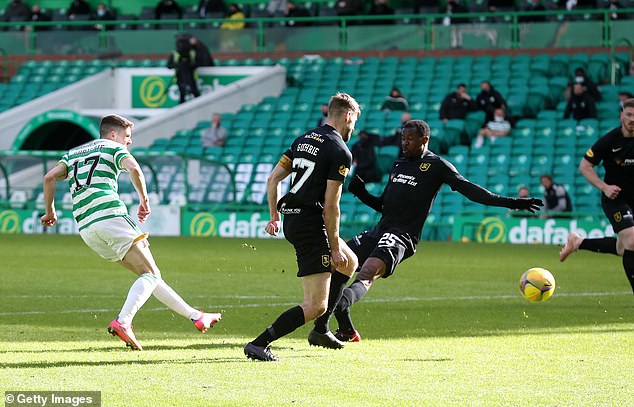