Celtic manager Neil Lennon has responded to claims he could lose his job as he backed himself to turn things around at the club. The Scottish champions have endured a wretched season in 2020/21 and are on the brink of seeing rivals Rangers confirmed as title winners.

Steven Gerrard’s side are only seven points away from being crowned champions, ending a ten-year wait for the top-flight title.

Pressure has been mounting on Lennon, who has only known success during his time at the club.

The 49-year-old is fully aware of the task in hand but believes he is the right person to steady the ship. 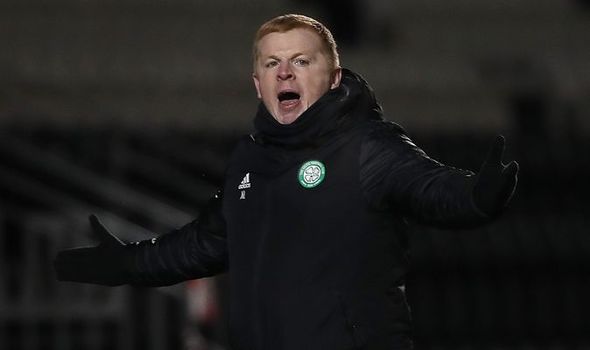 Asked if he will oversee the rebuilding job, Lennon stated: “I’ve done it before. I don’t see why not.”

“I’ve not been told anything otherwise so I carry on my duties as normal. Yes, I love this job, I love the club, and I’ve had a lot of success. This has been a difficult season, in more ways than one, football and non-football reasons, so yes you always want to rebuild and go again.

“Nine league titles and four trebles, it’s incredible. I think it gets a bit overlooked. They are human beings at the end of the day and it was always going to come to an end at some stage.”

Celtic’s latest disappointing result came at the hands of Ross County on Sunday evening, who claimed a shock 1-0 win.

This defeat marked a fourth loss of the league campaign for the Bhoys, who trail Rangers by 18 points as things stand.

Refusing to get carried away before being confirmed as title winners, though, Gerrard played down any early celebrations taking place after his side’s 4-1 victory versus Dundee United at the weekend.

“I think it is normal to think, I don’t think there is any harm to think. “But the one thing I won’t do is get carried away too soon,” he said.

“We have just got to finish the job off. The games are there for us, the opportunity is there for us but the big reminder to myself, staff, players, supporters and anyone else that is covering us is that we have won nothing yet.

“The main thing that has pleased me at the moment is that the players are really in the zone. I can see the focus, I can see the determination.

“The big reminder today is that it is another positive result, another big step, but we have still got work to do.”