Celtic are reportedly close to appointing Ange Postecoglou as their next manager, with the Scottish Premiership club and the Australian coach ‘in advanced talks’. Postecoglou has become the shock favourite for the Celtic Park hotseat after Eddie Howe turned down the job following months of negotiations.

Howe looked set to take over from interim boss John Kennedy ahead of next season, but turned down an offer from the Scottish side at the 11th hour.

Celtic have been without a permanent manager since Neil Lennon’s resignation back in February, with the Northern Ireland native having failed to prevent bitter rivals Rangers from storming to their first Scottish Premiership title since 2011. 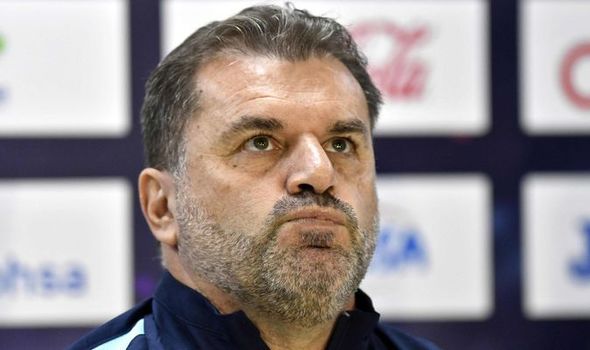 Celtic are now closing in on appointing Postecoglou after negotiations reached an advanced stage, according to The Telegraph.

He has managed Japanese side Yokohama F. Marinos since December 2017, and led the club to a domestic cup final in his first season before clinching the J-League title the following year.

The 55-year-old also boasts plenty of international experience with Australia, having taken charge shortly before the 2014 World Cup and helped the Socceroos book their place at the same tournament four years later.

He has recently suggested that he could be looking for a new challenge in the near future, but whether he would be able to successfully regain Celtic’s dominance over Rangers remains to be seen.

Former Rangers and Socceroos defender Craig Moore, who is currently based in Glasgow and played under Postecoglou at Brisbane Roar as well as being part of Postecoglou’s support staff during his stint as Socceroos coach, said his former coach would be a good choice for Celtic.

“Ange would go in with no fear. He would also experience something he has never before here in Glasgow. Pressure is daily and your only ever one game away from a disaster. Celtic were a mess this season and I have no doubt he would improve them significantly,” Moore tweeted.

“Anything less than winning the title here for Rangers or Celtic is a failed campaign for that manager. But I think he has earned the opportunity.”

Celtic have also been linked with Lucien Favre, who left Borussia Dortmund in December last year, as well as Chris Wilder, who was sacked as Sheffield United boss in March.