Home » Soccer » Celtic: ‘Very difficult’ for Boli Bolingoli to be accepted back 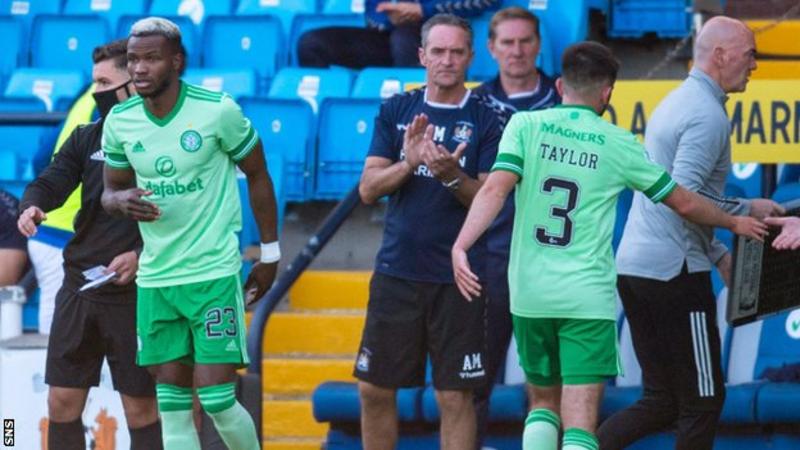 It will be “very difficult” for Boli Bolingoli to be accepted back into the Celtic dressing room, says “livid” manager Neil Lennon.

The defender’s Covid-19 rules breach has led to the postponement of Celtic’s next two Scottish Premiership fixtures.

Lennon says that is a “fair” punishment after Bolingoli did not quarantine following a trip to Spain last week and then played against Kilmarnock.

“We have been bitterly and sorely let down,” said the Celtic manager.

“The players are angry, disappointed and frustrated. The selfish actions of the individual is baffling.

“I am livid, it was a total betrayal of trust.”

Lennon says the 25-year-old Belgian went “rogue” by travelling to Spain the day after Celtic’s opening league win over Hamilton Academical on 2 August.

“The players had a couple of days off, but it was made clear they weren’t to leave Glasgow,” he added.

“Unbeknown to anyone, Boli Bolingoli took a flight to Spain on Monday and flew back on Tuesday. He decided to keep it to himself and put everyone at risk.

“We were absolutely appalled, as the club has been at the forefront of good practice. We can’t watch players 24/7. We couldn’t do any more.”

Celtic apologised for Bolingoli’s “irresponsible” actions, describing them as “beyond explanation”.

“The club will take immediate action through our own disciplinary procedures,” the Scottish champions’ statement added.

Bolingoli, who is now self-isolating, has also offered an apology, admitting he was “guilty of an error of judgement”.