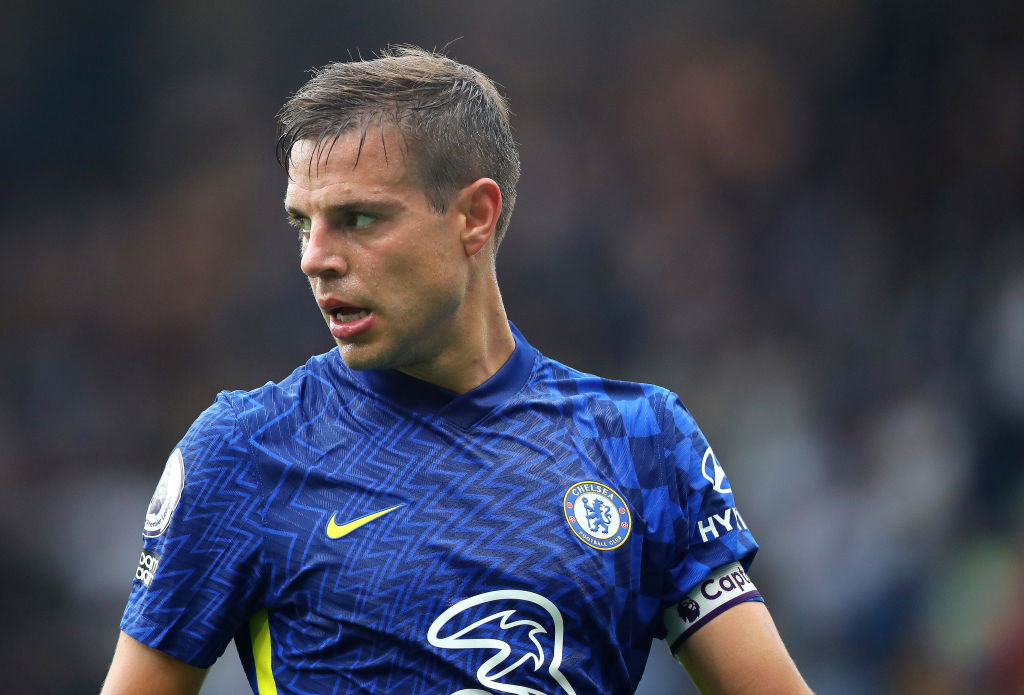 Cesar Azpilicueta has admitted that Chelsea did not keep the ball well enough and made ‘so many mistakes’ during their disappointing defeat to Manchester City on Saturday.

The Blues, who started the season with four wins and a draw in the opening five matches, struggled to cope with City in a game where the hosts failed to register a single shot on target for the first time in the league since Thomas Tuchel arrived at the club last season.

The result leaves both Man City and Chelsea on 13 points after six games, with only Liverpool ahead of them in the table by a solitary point after their 3-3 draw away at newly-promoted Brentford.

Azpilicueta admitted that he and his side were ‘dominated’ by the current league champions, and urged his teammates to improve in the coming games.

‘We are disappointed with the result, it was not our best performance,’ Azpilicueta told Chelsea FC.

‘Especially in the first 60 minutes it was hard to get out. We didn’t create chances, we lost the ball too easily. They dominated us.

‘After the goal we had a good reaction, we pushed a bit but it was not enough to get something from the game. Sometimes when you play against tough opponents they play well, they are at their best level.

‘We could not keep the ball as we like to do or get out of the pressure and find some spaces. We made so many mistakes in terms of passing, in terms of touches. We tried to stay in the game but from a short corner we lost the game.’

Despite the poor result, the Spanish International has said that the Premier League title race is far from over.

‘Every competition is different, every game is a new challenge. Against City we lost, we are disappointed, we had the chance to get three important points but now we have to analyse it, improve on what we did not do that well and move on to the next game because it is a long season,’ he added.

The Blues will be hoping to bounce back when they travel to Italy to take on Juventus in the Champions League on Wednesday before they play host to Southampton in the Premier League next Saturday.