Champions League: Who will win it?

UEFA’s planned meeting on Wednesday to discuss radical reforms to the Champions League from 2024 and onwards has been cancelled after a row on demands made by some of Europe’s top clubs, according to reports. A new format was expected to be approved, likened to the ‘Swiss model’ which would eliminate the current group stage.

There would also be an increase from 32 teams to 36 and the ‘Swiss model’ league would see clubs play 10 matches in the first stage of the competition.

UEFA’s executive committee were set to meet on Wednesday, but The Athletic report that it has now been cancelled.

It is claimed that a disagreement among officials in the European Club Association (ECA), which includes Manchester United executive chairman Ed Woodward and Manchester City CEO Ferran Soriano.

There is said to have been disagreements on the future of UEFA’s elite club competition.

The reason ECA’s row was reportedly not over the proposed changes to the format, but due to broadcast and commerical rights issues.

The report states that a row erupted as clubs fought about some wanting a ‘much greater say’ in how the Champions League rights are sold and marketed. 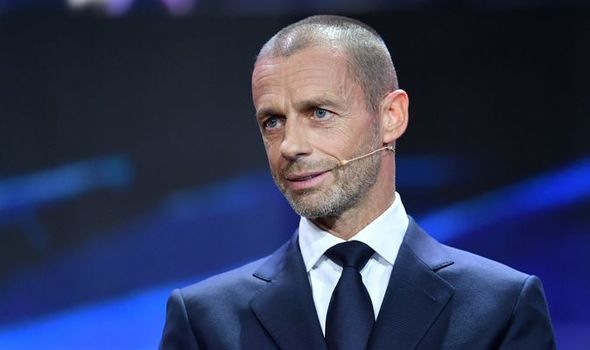