Ross Barkley could have become the best English midfielder since Steven Gerrard, according to ex-Everton defender Mark Hughes. The 33-year-old claims Barkley had the potential to match the Liverpool legend both domestically and internationally but the Chelsea ace is yet to fulfil that promise.

Barkley came through the Everton youth system, making his senior debut as a 17-year-old at the start of the 2011/12 season.

The playmaker went on to feature 179 times for the Toffees but his development stalled before a controversial £15million move to Chelsea in January 2018.

Barkley has struggled to nail down a first-team spot at Stamford Bridge and Hughes, who currently plays for Accrington Stanley, believes the midfielder had some of his natural flair coached out of him following his breakthrough.

Comparing Barkley’s teenage development to that of another Everton prodigy, Hughes told Tribalfootball.com: “If Wayne Rooney was playing at that age now, I’m not saying it would get taken out of him, but I look at someone like Ross Barkley when he was at Everton, and he came in a bit of a street footballer, but I think managers and even fans they sort of take that out of them. 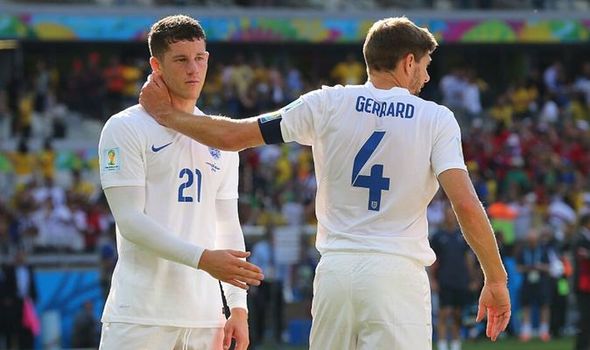 “I love when a young lad comes through, and he was the one who I thought could be the next Steven Gerrard for Everton.

“You could have built a team around him. I thought he could’ve been the best midfielder England had since Steven Gerrard.

“But because the way he played, he used to run with the ball and sometimes he’d get it taken off him. That’s the hardest part of football – taking people on.

“Then the fans would get on his back because he’d given it away. He just started passing it.”

Hughes progressed through the academy at Everton and made three senior appearances for the Goodison Park outfit before leaving for Northampton Town in 2007.

The defender has since played for a host of Football League clubs while also enjoying a brief spell with North Queensland Fury in Australia.

Now a regular at Accrington, Hughes reveals a frustration that Barkley has not been able to do more with his obvious ability and emulate the success of Liverpool icon Gerrard.

“He just had that little street footballer taken out of him,” he said.

“I like to watch things as a neutral now, I do support Everton but now I watch the two teams tactically when I go to games. 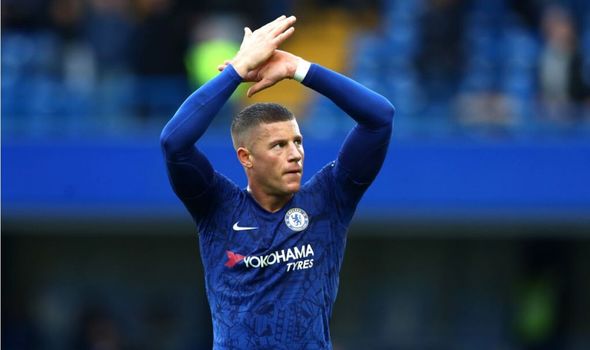 “And he was the one when I think to myself I felt sorry for him a little bit, even though he’s earning £100k a week at Chelsea.

“He could’ve been Everton’s Rooney, that local lad coming through.”

Barkley is yet to fully convince the Chelsea supporters of his talents, despite notching up 72 appearances for the Blues in all competitions since his move south.

The 26-year-old is behind N’Golo Kante, Mateo Kovacic, Jorginho and Mason Mount in the pecking order at Stamford Bridge, although eye-catching performances before the coronavirus lockdown drew praise from manager Frank Lampard.

Barkley has won the FA Cup and Europa League since moving to Chelsea but has some way to go in order to match Gerrard’s trophy haul while he is 81 caps shy of his fellow Scouser’s international tally.