Chelsea and Liverpool are trying to get David Alaba to change his mind about joining Real Madrid. The Bayern Munich star is free to leave the Bundesliga at the end of the season when his contract with the newly-crowned World Club champions comes to an end.

Both Chelsea and Liverpool are working to force Alaba into giving up his Real Madrid dream and move to the Premier League.

It comes as his Bayern Munich days look numbered with his contract set to expire at the end of the season.

Negotiations had stretched into January but all parties have failed to come to an agreement, meaning Alaba looks set to leave in the summer.

And it has sparked a huge scramble over his signature, with the Austria international renowned as one of the best players in the world. 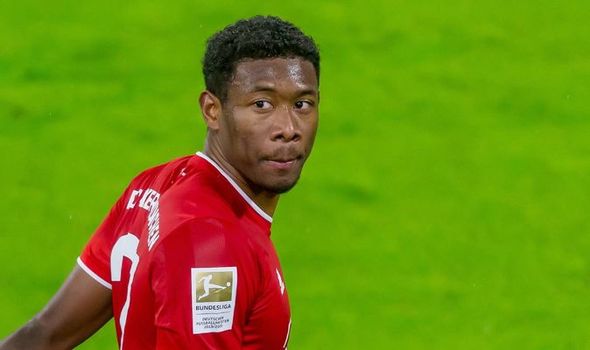 The 28-year-old has interest from Chelsea and Liverpool in the Premier League, as well as European giants Real Madrid.

The Bernabeu looks set to be the favoured destination and reports emerged that a verbal agreement had been struck.

However, nothing has been confirmed and both Chelsea and Liverpool are still fighting to convince him to move to their clubs instead, according to transfer guru Fabrizio Romano.

Signing for Real will be a huge boost for Zinedine Zidane, who looks resigned to losing influential player and captain Sergio Ramos.

The Spaniard will also see his contract expire at the end of the season and is yet to come to an agreement with Madrid over a renewal, amid interest from Manchester United.

But it will come as a huge blow to the Premier League teams – especially Liverpool, who are desperate for a stellar defender.

With Virgil van Dijk injured and not expected until next season, Jurgen Klopp wants a prime player to soften the re-introduction of the Dutchman, who would otherwise have to be thrown straight back into the mix despite his serious injury. 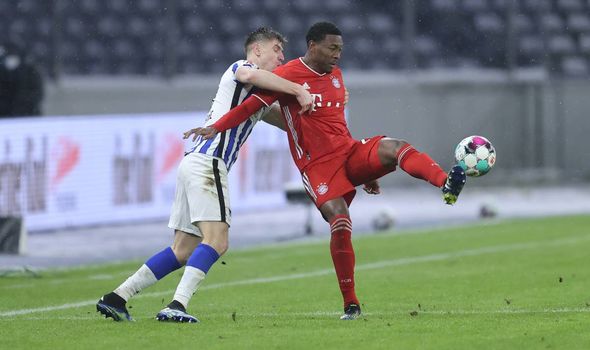 Chelsea, on the other hand, have ramped up their interest in Alaba since last summer but cannot afford his extortionate wage demands.

The Austrian, who can play in central defence, left-back and defensive midfield, has asked for £400,000-a-week due to the fact there is no transfer fee involved.

The fact he is left-footed has been viewed as a hugely commendable attribute, with no defenders at Stamford Bridge possessing that trait while new signing Ben Davies is the only one at Anfield.