Chelsea, when it comes to strikers, have struggled ever since the days where Diego Costa battered his way around Stamford Bridge. The likes of Alvaro Morata, Gonzalo Higuain and Olivier Giroud haven’t been good enough to lead the line regularly in recent years. But Timo Werner’s fine brace against Southampton suggests they’ve now finally cracked the code.

Chelsea knew they had to beat Southampton to boost their chances of Premier League title glory, with Frank Lampard’s side enduring a mixed start to the season.

But while they had victory in their grasp, they let it slip late on.

Two quick goals from Werner had the Blues cruising but Southampton responded through Danny Ings and Che Adams to turn things around.

Chelsea looked to have scored a winner through Kai Havertz, who notched his first Premier League goal of the season.

But Southampton pegged them back late to earn a point, with Jannik Vestergaard the hero for the visitors. Werner, however, was the biggest positive of the afternoon for the hosts. 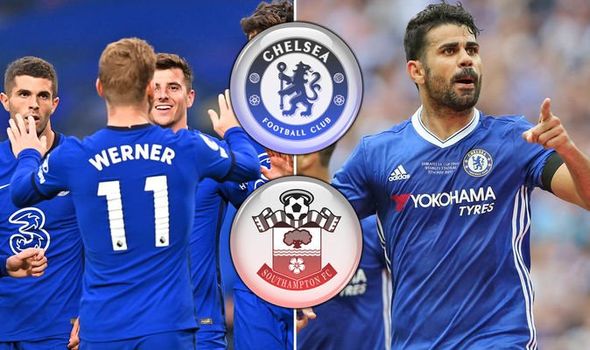 The Spain international was their main man but Conte ruthlessly axed him, in a move that didn’t sit well with either the players or the club’s supporters.

And, since his departure, Chelsea have struggled for a prolific striker.

Sure, Tammy Abraham did well enough last season. But the England international is nowhere near the level expected at Stamford Bridge and it’s no surprise he finds himself warming the bench more often than playing these days.

Chelsea thought Alvaro Morata would be the dream replacement for Costa when the Spain international moved to the capital from Real Madrid in 2017.

Conte had actually hoped to sign Romelu Lukaku, who he currently manages at Inter Milan, but missed out on a transfer deal to Manchester United. 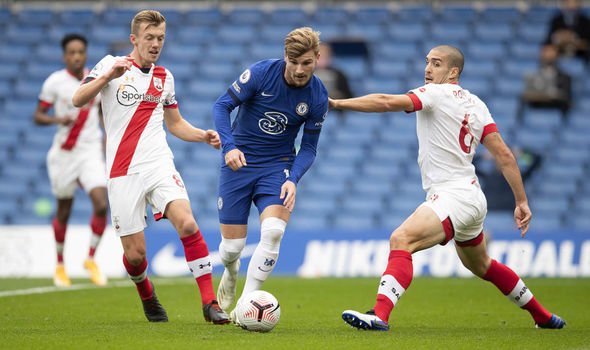 Morata had done well at Real Madrid, scoring 20 goals for the La Liga giants despite spending the bulk of his time behind Karim Benzema in the pecking order.

But he never lived up to expectations and, when he was cut loose by Maurizio Sarri, few tears were shed.

The Argentina international moved to west London on loan from Juventus in January 2019 but struggled with the Blues, scoring just five goals from 19 matches.

And while Giroud has done well enough, he carries nowhere near the goal threat Costa did during his time in the capital.

However, in Werner, Chelsea look to have cracked the code.

He’d been playing well before the match against Southampton and had recently got up and running for the campaign with a goal in the Carabao Cup defeat to Tottenham.

But the way he took his goals against the Saints suggests he’s going to be worth every penny of the £45million invested in him.

Werner had ice in his veins for both, finishing with unnerving composure.

And Chelsea, now they’ve finally shrugged off the Costa jinx, can look forward to many years ahead of the Germany international finding the net.

How they’ve needed that. Improvement is needed at the back, however, if they’re to challenge for the Premier League title this season.