Chelsea are in no rush to conclude a deal to sign Kai Havertz this summer, as negotiations rumble on between the Blues and Bayer Leverkusen. That’s the opinion of ESPN pundit Gab Marcotti, who believes Frank Lampard is already confident in his attacking options ahead of the new season.

The Havertz transfer saga is still ongoing, with the Blues believed to be keen on a deal.

The German attacker scored in what will likely be his last Leverkusen game on Monday night as he found the net in the 2-1 defeat against Inter Milan.

Havertz has been expected to move on this summer for some time, with a host of teams around Europe interested.

However, it appears to be Chelsea leading the way, after Real Madrid pulled out of the running. 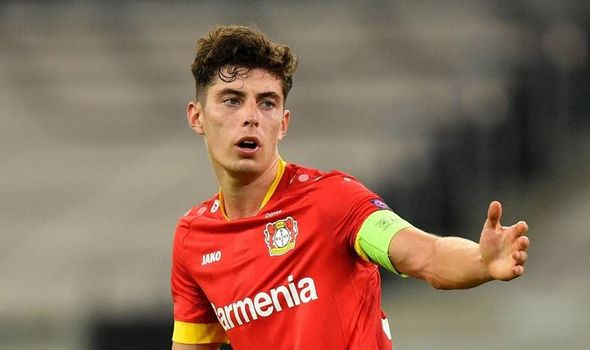 Despite not facing any competition for his signature, Chelsea are finding negotiations tough, with Leverkusen holding firm on their valuation.

The Bundesliga outfit are demanding £70million for the young forward, as they know they will only be able to offload him once, and don’t want to sell for a discount.

Chelsea, however, don’t appear to be willing to spend that much, having already forked out £90m for forwards Timo Werner and Hakim Ziyech.

But they are still in negotiations to try and reduce the price, or pay in installments for the 21-year-old.

Speaking to ESPN FC, Marcotti suggested that Lampard won’t be putting the board at Stamford Bridge under any pressure to fork out for Havertz, as he has other priorities in the transfer window.

Chelsea are keen to bring in a new goalkeeper, centre-back and left-back, and have Ben Chilwell at the top of their shopping list.

And Marcotti explained that the need to strengthen the defence could mean Havertz’s deal gets pushed back.

He said: “I don’t think Chelsea are in any particular rush. 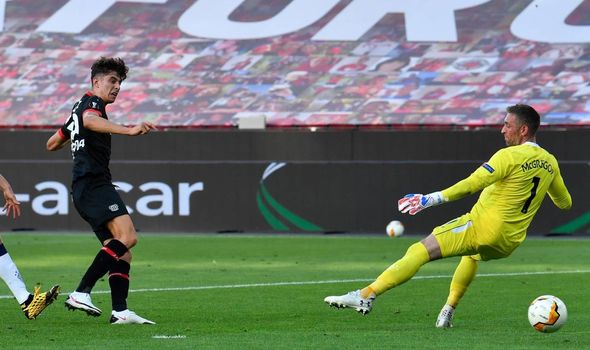 “I don’t think Chelsea feel they need Kai Havertz considering the players they’ve already addded, Timo Werner and Hakim Ziyech are already there, Mason Mount, Ruben Loftus-Cheek, the list goes on and on.

“But equally Chelsea are saying if there’s a chance they can get him at a price they like and at terms they like, yeah they’ll go for it.

“I don’t think Chelsea are going to budge from their position or inch forwards.

“I don’t think Lampard will pressure the club to say he needs Havertz now, not while they have more important positions to fill and other positions elsewhere.”