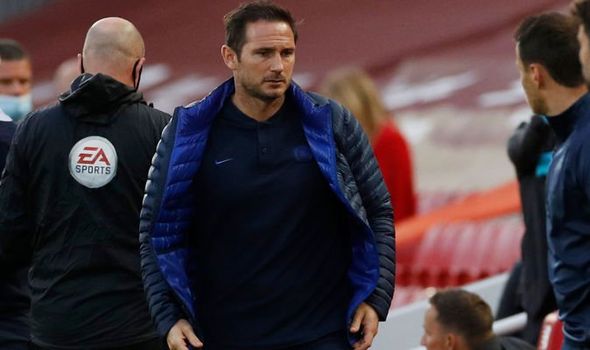 Chelsea head coach Frank Lampard warned Liverpool not to get “too arrogant” after an altercation on the touchline during last night’s clash at Anfield in which the hosts lifted the Premier League trophy for the first time.

The thrilling match ended 5-3 to Liverpool but there was an incident in the first half which enraged Lampard.

A foul was given against Mateo Kovacic in which Trent Alexander-Arnold found the back of the net in spectacular style.

When the TV camera panned to Lampard he was seen fuming at the Liverpool technical area, which drew a response from Jurgen Klopp.

Fourth official Lee Mason had to intervene to calm the situation down but Lampard was still seething with their “arrogant” behaviour after the match.

“For me it wasn’t a foul from Kovacic,” Lampard told Sky Sports. “There were a lot of things that were ongoing and on the bench. 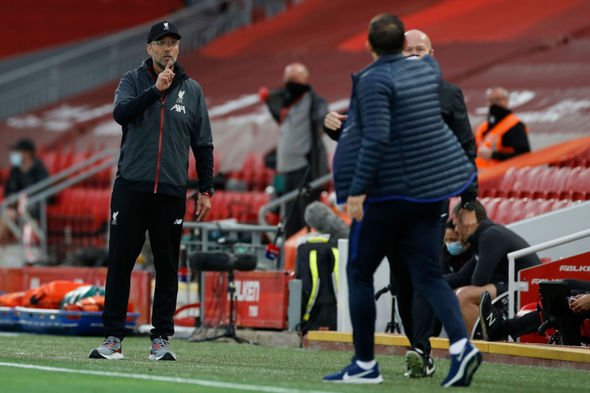 “I’ve got no problem with Jurgen Klopp, he’s managed this team and it’s fantastic.

“Some of the bench, it’s a fine line between when you are winning – and they’ve won the league, fair play to Liverpool Football Club – but also don’t get too arrogant with it.

“That was my thing, but [it’s] done. In match play you get emotional and that was it.”

Liverpool ended a 30-year wait to lift the top-flight trophy which caps off a magnificent season in which they also won the Club World Cup.

“We’re champions of England, of Europe and the world,” Klopp gleamed.

“I know what that sounds like, but it’s the truth. It’s unbelievable, to be honest.

“We’ll not stop. We have internal challenges and each player can improve.

“Five years ago I asked the supporters to believe us. I told the doubters to become believers, they made it happen.”

Klopp also sent a message to Liverpool fans after the match as they were unable to attend the celebrations inside the ground due to the coronavirus.

“If you don’t see that we do it for you I can’t help you,” the German said.

“You made us happy, we all should celebrate at home. Prepare for a party and when this virus has gone we will have a party.”