Chelsea manager Frank Lampard has been tipped by Jamie Carragher to sell Jorginho and replace him in the starting XI with Billy Gilmour. The Blues will be looking to show multiple players the exit door this summer.

Jorginho has only played a handful of times since the restart while Gilmour looked to be playing well before his injury at Crystal Palace.

The Scot has been ruled out of action for around three months after having knee surgery.

Jorginho signed for Chelsea along with Maurizio Sarri two years ago but his form has been inconsistent.

JUST IN: Blues to sell Kepa Arrizabalaga once Kai Havertz agreement is found 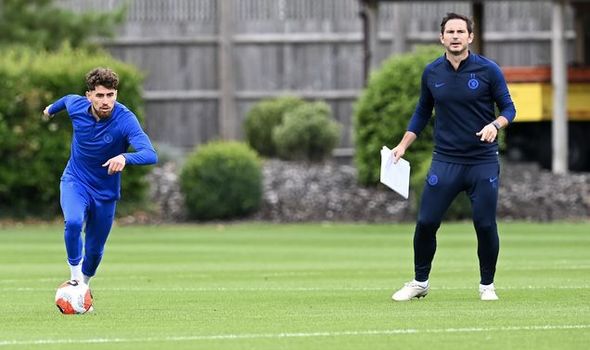 And Carragher thinks Lampard will eventually decide to sell him, favouring Gilmour instead.

“He must have his mind up made about many of those he inherited from Sarri,” Carragher wrote in his column for the Telegraph.

“I can see Jorginho rejoining Sarri at Juventus.

“Jorginho’s recent omission for youngster Billy Gilmour was a nod to the future.”

Carragher also stated that Chelsea are ahead of schedule in their quest to become title challengers under Lampard.

“It is a tribute to Lampard that we are talking about Chelsea being so good to watch since the sale of Eden Hazard, who was the best player in the Premier League,” he added.

“In Christian Pulisic, they might have the next Chelsea superstar. 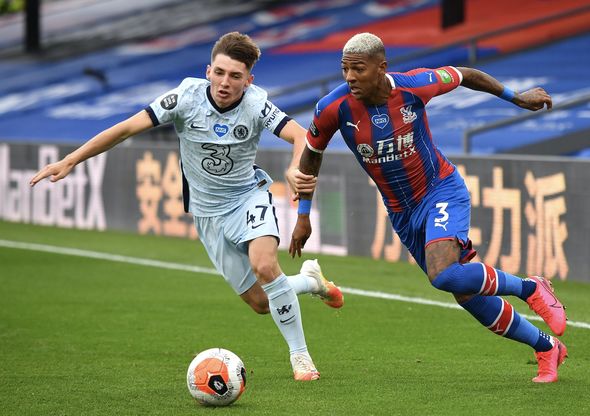 “As things stand, I would say Chelsea are well ahead of schedule under Frank, and certainly in as strong a position as I thought possible 10 months ago.

“The first task needs completion this weekend. Whatever happens beyond that, we can already see Chelsea’s fashion makeover.

“When Chelsea were at their best under Mourinho, Abramovich always seemed to want more.

“He wanted a side renowned for entertaining and winning trophies.

“Lampard is halfway there.”