Chelsea boss Graham Potter and Thiago Silva have both implied there is no need to rush on the defender’s new contract as he weighs up whether or not to stay at the club. The Brazil international’s deal expires at the end of the season and given his age he is keen to ensure he considers all options for what could be the final contract of his successful career.

Silva has been excellent since arriving at Stamford Bridge from PSG in 2020. He has made 91 appearances during his two-year stint in London and is still considered by many to be the best centre-back at the club, playing an important leadership role under Thomas Tuchel and now under new boss Potter.

However, he has just celebrated his 38th birthday and naturally can no longer be considered an automatic pick in the long-term. With his contract expiring at the end of the campaign there have been serious questions over whether or not he will be offered a new contract by the Blues. Potter and Silva however have both suggested they are relaxed about the situation with the decision largely in the defender’s hands as he weighs up his next career steps.

“It’s up to Thiago, he will decide,” the Chelsea boss said ahead of his side’s Champions League fixture with AC Milan. “He’s a leader, a top professional and a top person. He’s a joy to work with. 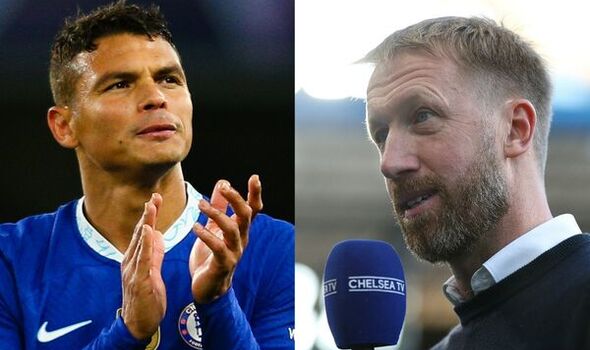 “He’s been incredibly impressive on and off the pitch. I see his quality, the level he can play at and the amount of respect he has throughout the game.

“All I can do is try and help him enjoy his football and be part of a winning team. The rest is for him and the club to think about”.

Silva said the conversation could wait for another day as he prepared for the match against his former side, in what is a repeat of last week’s fixture at Stamford Bridge which Chelsea won 3-0. 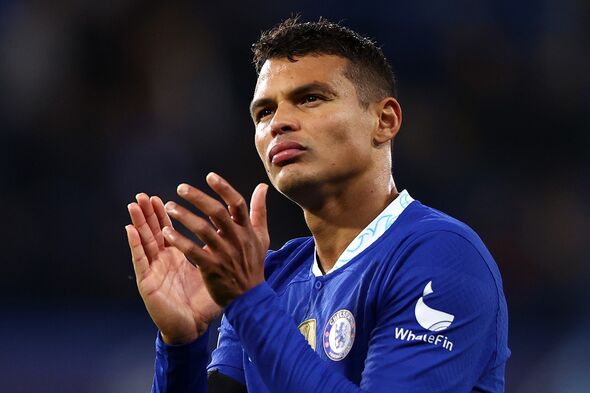 “It’s not the right time to talk about the new contract,” he explained. “What I can tell you is for me now what is important is to keep playing at a high level and achieving the best results. There will be a time to talk, before or after the World Cup, because I will need to know about my future and family arrangements.

“It will be an important decision so we will see what happens.”

WIN A FREE ENGLAND SHIRT FOR THE WORLD CUP!