Chelsea fans have received a boost in their protests against the way the club is run amid the fallout from the failed European Super League. Blues fans played an important role in the collapse of the controversial proposals and have now forced a significant change in the way their club is run.

Chelsea supporters protested against their club’s involvement in the foundation of the Super League, making their voices heard before the 0-0 draw against Brighton at Stamford Bridge on April 20.

Two days after the proposals came to light, fans blocked Fulham Road outside the stadium and delayed kick-off in the Premier League match in protest against what the Chelsea Supporters Trust described as “the ultimate betrayal”.

Just hours later, Chelsea backed out of the breakaway league alongside the five other English clubs involved, causing it to collapse after just 48 hours.

Since then fans of Chelsea, Tottenham, Arsenal, Liverpool, Manchester City and, in particular, Manchester United have continued to protest and apply pressure to their clubs in an attempt to bring about meaningful change.

The ultimate goal of many fan groups is to force their billionaire owners into selling their stakes, with United owners the Glazers the target of Sunday’s protest at Old Trafford which caused the Premier League game against Liverpool to be postponed. 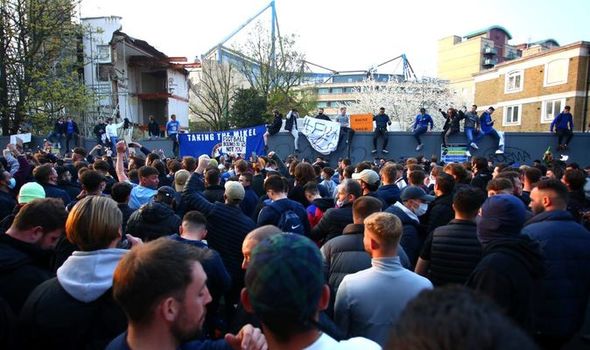 Chelsea have now taken the first step towards heeding the demands of their unhappy fans by announcing that three “supporter advisors” will be present at the club’s board meetings from July.

They said they would be there in order to “ensure general supporter sentiment is considered as part of the club’s decision-making process”.

The club said in a statement: “Chelsea Football Club announces that, as from 1 July, there will be supporter presence at the club’s board meetings.

“Three supporter advisors, picked through an election and selection process, will attend board meetings to ensure general supporter sentiment is considered as part of the club’s decision-making process.

“The club will now consult with the fans’ forum and several non-official supporter groups to discuss the club’s proposed process for picking the three supporter advisors. 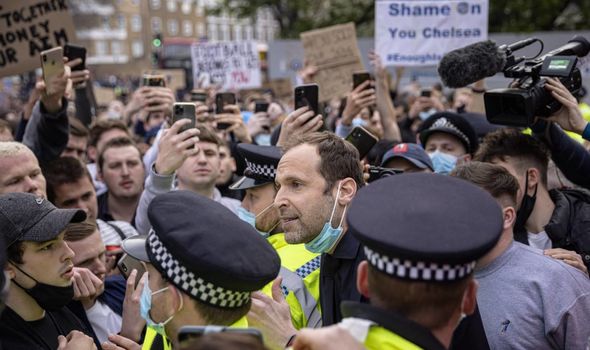 “Criteria for nominations as well as final selection will ensure that the supporter presence is representative of our supporter base generally and is inclusive and diverse. A new selection will be made before the start of each season.

“Further information regarding this consultation will be communicated directly to the fans’ forum and the other non-official supporters groups in the coming days.

“The successful candidates will be required to enter into a confidentiality agreement, similar in scope to the confidentiality obligations of a member of the Chelsea Football Club board of directors. This will allow the club to discuss and seek advice on a broad range of matters.

“The supporter advisors will not have any voting rights and will not participate in any meetings relating to players, staff, the academy and related matters.

“Supporter advisors will attend approximately four meetings per year, and more if appropriate.

“If they complete the year successfully they will be entitled to select a UK registered charity to receive a contribution of £2,500 from the club.”

Related posts:
Basketball News:
Highway winner up in grade but has the dash to compete
Aymeric Laporte: FIFA approves Manchester City defender's switch to Spain from France
England's route to the Euro 2020 final and the opponents they may play
MLB News:
What is wrong with the Minnesota Twins?
Radical call on female footy fallout divides Australia
Could Justin Fields end up as the best QB from the 2021 NFL Draft? How disrespect fuels dominance
Recent Posts