Chelsea failed to land West Ham midfielder Declan Rice last summer but they may return for the England international at the end of the season. David Moyes claimed it would take the “Bank of England” to prise Rice away from the Olympic Stadium.

Frank Lampard was one of the biggest factors in Chelsea’s chase for their former academy player.

Thomas Tuchel’s arrival at Stamford Bridge has not killed off talk of Rice making the move to his boyhood club.

West Ham are defying all the odds to battle for Champions League football next season.

But if they miss out on the top four then Rice may want to leave to join a club competing in Europe’s premier competition.

Chelsea splashed out over £200million last summer and are expected to invest heavily again at the end of the season. 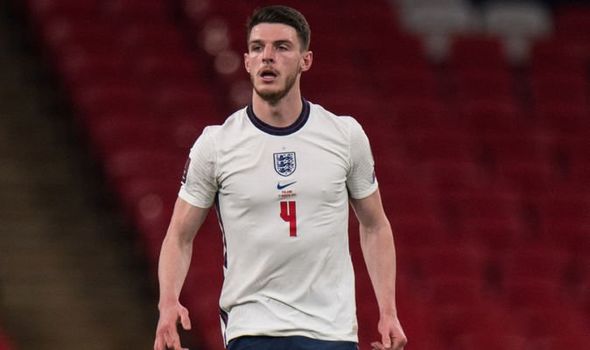 However, a new striker is Tuchel’s top priority with Erling Haaland and Romelu Lukaku being closely monitored.

That could leave them strapped for cash and still needing another midfielder.

So the Blues could try and tempt West Ham into agreeing a swap deal for Rice.

Rumours have circulated over recent weeks that the Hammers are interested in signing Tammy Abraham, who has fallen down the pecking order at Chelsea.

Timo Werner and Olivier Giroud have been handed more starting spots than the England international since Lampard was axed.

If the Blues bring in another striker then Abraham could be set for the exit door – and West Ham need a new No 9 after selling Sebastien Haller to Ajax in January.

Another option Chelsea could offer to their Premier League rivals is Ruben Loftus-Cheek, who has spent this season on loan to Fulham, and he could be a direct replacement for Rice.

One of West Ham’s most consistent players this season has been on-loan defender Craig Dawson. 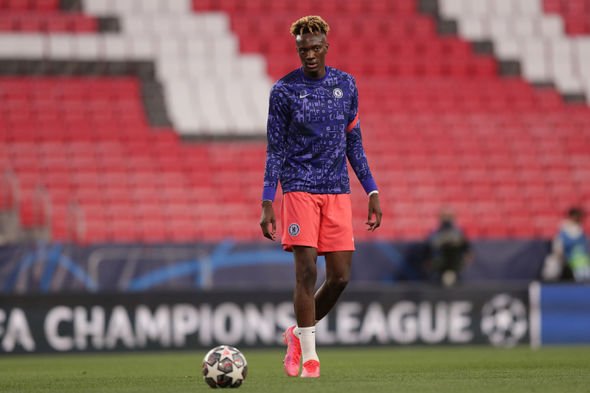 Moyes is expected to try and permanently sign the Watford star but if he fails then he will be looking for a new centre-back.

Chelsea could be able to help them out in that regard by including Andreas Christensen as part of the deal for Rice.