Chelsea have seen competition ease for the signature of Andre Onana after Bayer Leverkusen denied reports saying they had made an approach for the Ajax goalkeeper. According to claims from Holland, the Bundesliga side lodged an £18million bid for Onana on Monday which was subsequently rejected by Ajax.

However, Leverkusen managing director Rudi Voller has rubbished these reports and says the club are happy with current No 1 Lukas Hradecky.

The latest twist in the transfer saga is a boost for Chelsea, who are currently considering their goalkeeping options with Kepa Arrizabalaga expected to depart Stamford Bridge this summer.

Onana has been identified as a viable replacement and the west London club will be pleased to hear doubt cast on Leverkusen’s interest.

Speaking to Kicker about Onana replacing Hradecky, Voller said: “This is not an issue at all. This is absolute nonsense.

JUST IN: Chelsea end of season player ratings: Pulisic, Mount and Giroud excel but star gets a 2 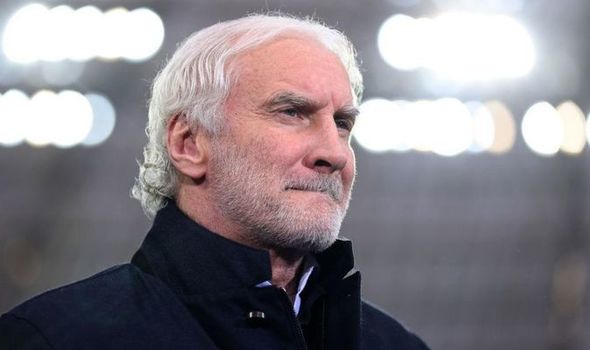 “We have an absolute top goalkeeper with Lukas.”

“Onana is not an issue.”

The reports suggested Onana has a special bond with Leverkusen manager Peter Bosz, who was in charge at Ajax when the stopper made his breakthrough into the senior team.

And that relationship could put a spanner in the transfer plans of Chelsea and Paris Saint-Germain, who have both been credited with an interest in the 24-year-old.

But Kicker claim Leverkusen would only look to sign the Cameroon international if Hradecky was on his way to another club, and this is ruled out.

Previously worth around €50m (£45.7m), Onana is now believed to command a fee in the region of €30m (£27.4m) following the financial impact of the coronavirus crisis.

The stopper’s contract at the Johan Cruyff Arena is due to expire in 2022 and his representatives are thought to have been in regular contact with Chelsea during recent months. 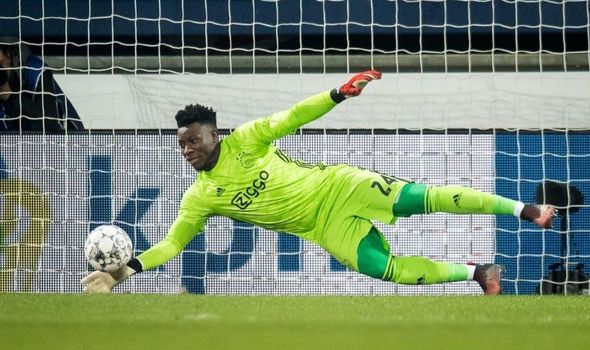 Ajax boss Erik ten Hag has even suggested Onana could be one of several other players who may leave Amsterdam this summer, mentioning that agreements have been put in place which would allow his star men to move if the right offer came in.

Chelsea have been linked with a number of other goalkeepers as potential replacements for Kepa, including Dean Henderson and Nick Pope.

Jan Oblak is thought to be top of the summer wishlist but Atletico Madrid are unwilling to sell so the Blues would have to trigger the Slovenian’s £110m release clause if they were to pursue a transfer.

Meanwhile, Chelsea are believed to be on the verge of completing a £72m deal with Leverkusen for the signing of Kai Havertz after agreeing personal terms with the 21-year-old earlier this month.