Chelsea have held secret talks with Philippe Coutinho over a summer transfer from Barcelona, according to reports in Spain. The Brazilian seems to be destined for the exit door at the Nou Camp, having spent the season on loan at Bayern Munich.

Coutinho’s future continues to be up in the air.

The Brazilian is currently on loan at Munich, but doesn’t appear set to stay.

The German side can make his stay permanent for £120m in the summer, but apparently don’t want to pay that much.

That has opened the door for a host of Premier League clubs, including Manchester United, Tottenham, Arsenal and Chelsea. 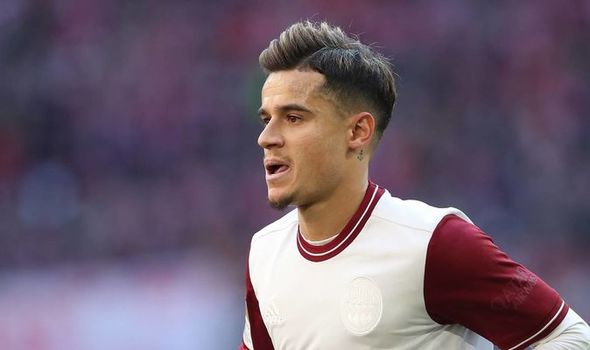 Leicester had even emerged as a surprise target for the midfield maestro, but that deal doesn’t appear likely.

Now, it seems that Chelsea have jumped to the front of the queue.

The Blues have already forked out £38million to sign Hakim Ziyech from Ajax, but are seemingly ready to push forward with more spending.

Frank Lampard is believed to be on the hunt for attacking reinforcements to replace the output from Eden Hazard, following his move to Real Madrid last summer.

And according to Spanish outlet SPORT, the club has held talks with Coutinho’s representatives about a deal.

Chelsea apparently have a good relationship with his agent, Kia Joorabchian, and are confident he will agree terms.

The Brazilian is said to be desperate to return to the Premier League in the summer, as he regrets leaving Liverpool back in 2018.

However, the Reds have no interest in bringing him back, meaning his next best option could be Stamford Bridge. 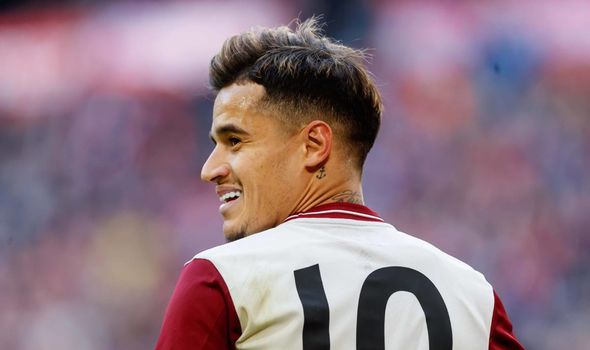 Barca are keen to offload the playmmaker in order to fund moves for Neymar and Lautaro Martinez.

Antoine Griezmann could be used as a player to be exchanged in order to sign Neymar, while Martinez is likely to be signed with funds raised by Coutinho’s sale.

The Inter Milan ace has a release clause of £92m, and Barca are keen to activate it to make the Argentine their new central striker.