Chelsea have reportedly held talks with Atletico Madrid about a potential transfer deal for Jan Oblak, reports claim. However, signing the Slovenia international won’t be straightforward. Blues boss Frank Lampard is eager to sign a new goalkeeper, with Kepa Arrizabalaga struggling for consistency ever since his arrival from Athletic Bilbao two years ago.

Chelsea have rotated between Kepa and Willy Caballero this season, with the pair both struggling for consistency throughout the course of the campaign.

And the Guardian say the Blues have held talks with Atletico about potentially signing Oblak at the end of the season.

Yet signing him won’t be easy with Chelsea having two sizeable obstacles to overcome before bringing the player to west London when the transfer window reopens.

The first is his asking price.

Atletico won’t let him go for anything less than his £110million buyout clause as they look to challenge Real for the title next season. 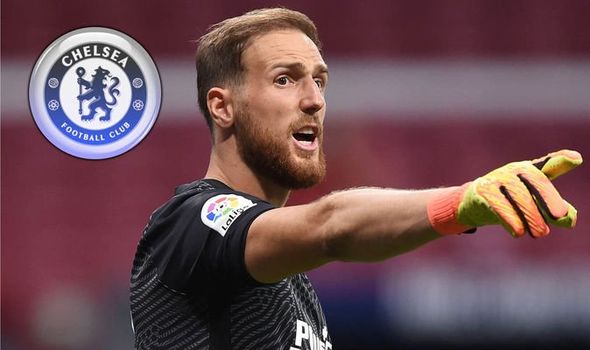 And the second is that, first, Chelsea would have to get Kepa off the books.

The Spain international has been linked with Valencia and the Blues supposedly want close to £50m to let the shot-stopper go.

With most teams in Europe likely to be impacted by the coronavirus crisis this summer, Chelsea may struggle to get the money they want for Kepa.

And with Lampard also looking to sign Kai Havertz and Ben Chilwell in the transfer window, the Blues’ chances of signing Oblak appear remote.

Despite their goalkeeping issues this season, however, Jimmy Floyd Hasselbaink recently expressed a belief that Chelsea should prioritise other areas instead. 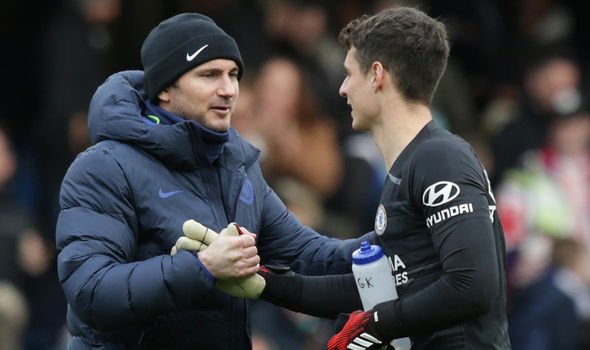 “I think he [Lampard] will address the back four,” Hasselbaink told Premier League Productions.

“I think if you’re going to play Jorginho you need to do something about your defence. He can’t defend like N’Golo Kante can but he’s very good on the ball.

“You need players who can defend one against one. In a central area they need to improve.

“I definitely think when Kante doesn’t play they lose those legs in the middle of the park. He might look at something there.

“I know people will talk about the left-back and that he wants to improve there.

“I think it’s a just matter of time that a centre half and a left-back. They’ve been talking about Ben Chilwell – is going to get into the building.”

Kepa insisted in May that he still had Lampard’s support and backing.

“We play 50 or 60 games a year and it is difficult to stay on the same level,” Kepa said in an interview with Marca.

“The important thing is to be very clear about the objective, to work and put everything into improving. There may be obstacles along the way, but when you have a clear objective, it is easier.

“The only thing that can be done, in these cases, is to take it professionally, respectfully and work harder to turn it around.”