Chelsea reportedly hold a transfer advantage in the pursuit of Sergio Reguilon. Arsenal and Napoli are also keen on the Spanish left-back but the Blues are in prime position to seal a deal this summer.

Chelsea are on the hunt for defensive reinforcements with manager Frank Lampard identifying left-back as an area which can be significantly upgraded.

Ben Chilwell is believed to be the Blues’ first-choice target in this position but Leicester supposedly want as much as £80million for the England international.

Chelsea are therefore considering cheaper alternatives and Reguilon has emerged as a likely signing after an impressive season on loan at Sevilla.

The 23-year-old has made 36 appearances across all competitions this term, excelling defensively while also scoring twice and providing four assists. 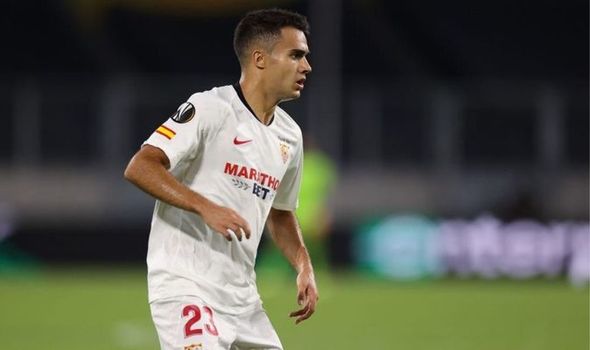 Reguilon helped Sevilla to a top-four finish in La Liga and Champions League qualification, while his season is not yet finished with the Andalusian club into the semi-finals of the Europa League where they will face Manchester United.

Parent club Real Madrid are well-stocked at left-back with Marcelo and Ferland Mendy on the books and are keen to raise funds this summer.

Los Blancos value Reguilon at £22.6m and while Sevilla want to re-sign the youngster on loan, such a price tag may be beyond their reach.

Reports from Spain therefore suggest Chelsea are in the driving seat to secure a deal thanks to their financial clout and top-four finish in the Premier League.

AS suggest that the prospect of Champions League football could be key in convincing Reguilon to move to Stamford Bridge, particularly when main transfer rivals Arsenal cannot offer the same.

Real Madrid reportedly want a buy-back clause in any deal, which Chelsea will be reluctant to agree to.

However, this might be a sacrifice Lampard is willing to make in order to snap up the left-back and solve one of several issues in his squad. 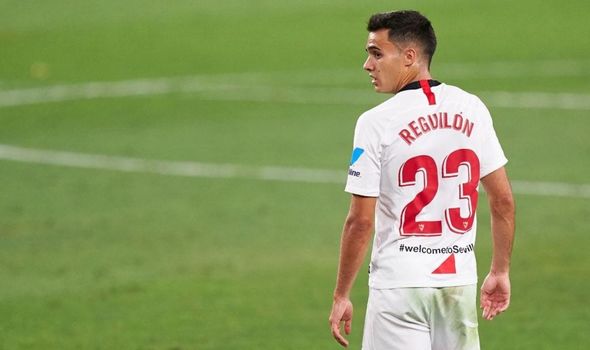 A number of other more affordable options have also been touted, with Nicolas Tagliafcio, Alex Telles, Robin Gosens and Marc Cucurella all linked with a move to Stamford Bridge.

Speaking to Sky Sports about the Blues’ interest, he said: “A very good option, I think it could happen personally.

“I think we have to remember because of the coronavirus crisis Real Madrid need to sell players such as they did a few weeks ago with Achraf Hakimi to Inter Milan.

“So Reguilon is a good option. We have to remember that he is a 23-year-old player and Real Madrid don’t want any more loans.

“Chelsea have asked for a loan but Real Madrid think this is a good moment to sell him.

“So €25m (£22.6m) will be a very good option, especially because of the good relationship between Chelsea and Real Madrid.”