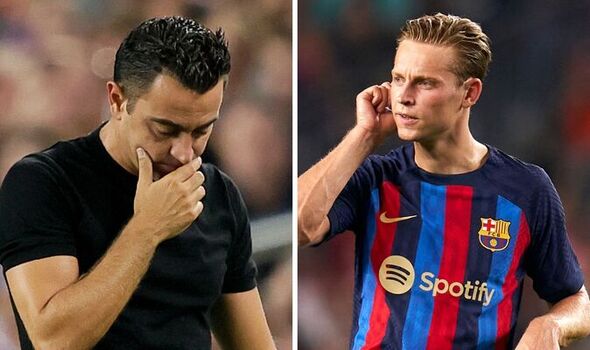 Barcelona boss Xavi doesn’t appear to be pushing Frenkie de Jong out the door with Chelsea trying to lure the midfielder away in the final few weeks of the transfer window. The Blues are yet to bring in any central midfield recruits this summer with Thomas Tuchel keen to strengthen that part of his squad.

Jorginho, Mateo Kovacic and N’Golo Kante remain the regular three for Tuchel to choose from while Conor Gallagher and Ruben Loftus-Cheek are also being utilised by the Blues boss for now. But Gallagher is now being linked with a move to Newcastle, who reportedly want to make an offer in the region of £40million.

Loftus-Cheek, meanwhile, started as a wing-back for Chelsea against Tottenham on Sunday. De Jong appears to be Chelsea’s preferred target with Barcelona reportedly trying to offload the Dutchman due to his high wages.

The Holland international started on the bench in Barcelona’s 0-0 draw with Rayo Vallecano with a midfield trio of Pedri, Gavi and Sergio Busquets preferred. Xavi also has Franck Kessie, Miralem Pjanic and Sergio Roberto capable of filling in. 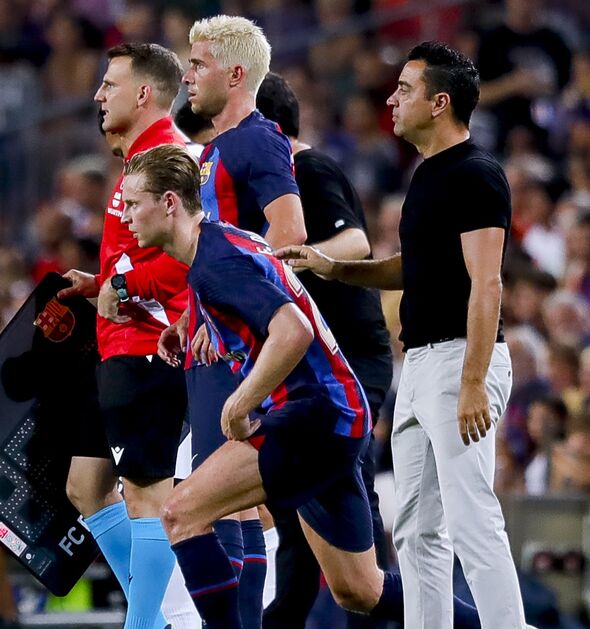 De Jong did come off the bench midway through the second half in Barcelona’s opening La Liga match though. And Xavi has indicated that he’s more than ready to keep De Jong at Barcelona for the season as an “important player”.

“He is not a player for the bench,” Xavi said. “He is a very important player and I have said that many times.

Xavi’s comments suggest Barcelona have softened their stance on trying to push De Jong out the door. The 25-year-old has been reluctant to walk away from the Nou Camp this summer despite a long-standing interest from Manchester United.

He’s said to be owed around £14million in wages after taking a paycut to help the club make new signings previously. And Chelsea may now face a battle to lure De Jong away from Barcelona so late in the window with Xavi more than happy to have the midfielder at his disposal.