Frank Lampard has a major selection headache ahead of the FA Cup final this weekend with speculation building over the future of Willian. The Chelsea winger is out of contract at the end of the season and is attracting attention from Premier League rivals as well as the MLS.

Willian has already received a contract extension offer from Chelsea this season but the Brazilian turned down the two-year proposal.

Instead, the 31-year-old has been asking for an additional 12 months on top of that contract but the Blues are currently unwilling to match his demands.

Willian was willing to sign a short-term extension in order to cover the remaining matches of the current season, which has been delayed due to the coronavirus crisis.

And Chelsea manager Lampard has previously expressed his desire to keep the experienced star at Stamford Bridge, having relied heavily upon him this season.

JUST IN: Chelsea end of season player ratings: Pulisic, Mount and Giroud excel but star gets a 2 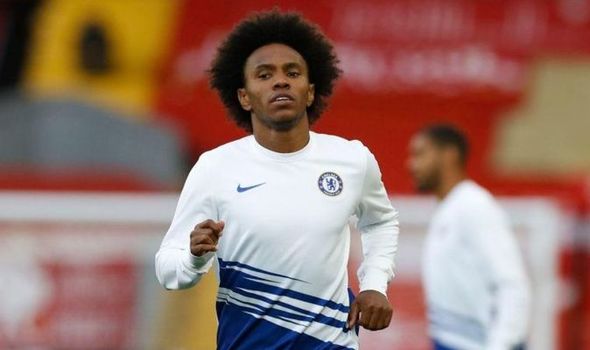 Willian notched 11 goals and nine assists in 47 appearances across all competitions this term, demonstrating he still has plenty to give despite his advancing years.

On Monday, Sky Sports reported that there had been a breakthrough in contract talks with the Blues and the attacker could put pen to paper by the end of this week.

However, Willian’s representatives have now insisted that no decisions will be made until after the FA Cup final and revealed that other teams have expressed an interest in signing the Chelsea star.

This leaves Lampard in a dilemma over whether to select Willian for the showpiece event this weekend or leave him out against one of his most prominent suitors.

Arsenal have been favourites to snap up the winger after a supposed hint from the player’s wife on Instagram back in March which suggested the family would be staying in London.

Joorabchian said: “We had two very big offers – one from the MLS which required him to move on July 1 – but he’s always been in the same mode, saying ‘I want to finish the season at Chelsea and the day after the season has finished I will make my decision’.

“He has two concrete offers from Premier League clubs on the table, he has an MLS offer on the table which is very big, and he’s got two other offers in Europe. 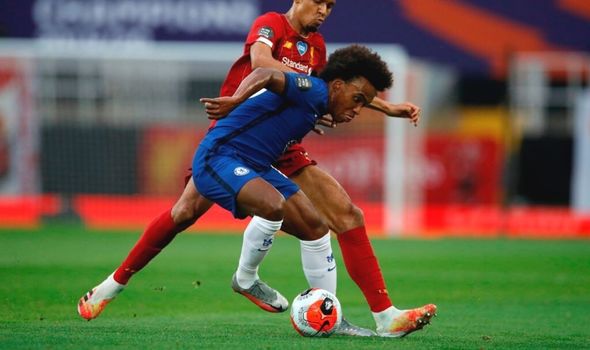 “So Willian is in a very good position and he is going to make his decision after the last game of the season.”

Tottenham and Manchester United have both been credited with interest in Willian while the MLS club involved is believed to be David Beckham’s Inter Miami outfit.

The Brazilian missed last Sunday’s 2-0 win over Wolves due to injury but is expected to be fit to face Arsenal this weekend, if selected.

Lampard has already confirmed Pedro has played his final match for Chelsea so Callum Hudson-Odoi or Ross Barkley could be the main beneficiaries if Willian is left out.