It will be a busy few days of preparation for Chelsea boss Thomas Tuchel ahead of their first Premier League game in three weeks when they take on West Brom on Saturday, but his eyes may also be drawn to the transfer window after the international break. Chelsea have drawn the short-straw in having to play the first game immediately after the long international break.

Players will be returning to Cobham today and tomorrow as Tuchel discovers who will be ready in time to face West Brom, while they also begin their Champions League quarter-final tie against Porto next Wednesday.

It’s a quick turnaround for every team in the Premier League with managers up and down the table likely to be cautious on the fitness of their players.

But with just two months until the summer transfer window opens, the international break may also have been a chance for managers to break down what they want in the market.

At Chelsea, it’s been reported that changes could be made with Tuchel looking to build his own squad. 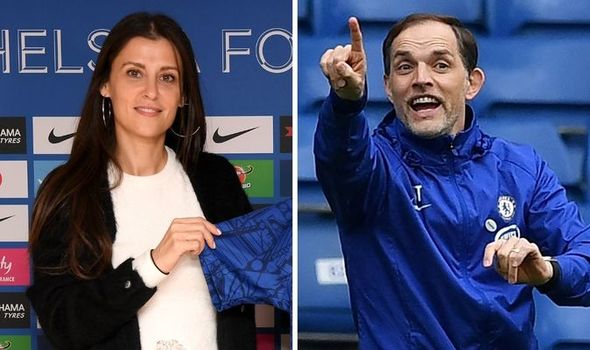 After nearly £250million was spent last summer, it remains to be seen whether Roman Abramovich will back Tuchel in the same way.

But reports have suggested that Chelsea will be one of several clubs set to be in the running for Erling Haaland.

The Norway international has established himself as one of the world’s best strikers since breaking through at Red Bull Salzburg and has only gone from strength-to-strength in his first year at Borussia Dortmund.

His potential arrival would almost certainly see him become Chelsea’s new No 9, pushing the likes of Tammy Abraham and Olivier Giroud down the pecking order.

Timo Werner has played through the middle as well, but his preferred position is out wide.

However, the 25-year-old endured another night to forget on international duty for Germany on Wednesday night.

Werner came on for Chelsea team-mate Kai Havertz just before the hour mark and had a great opportunity to put Germany in front with 10 minutes remaining, only to completely miss-hit his shot off the target with North Macedonia scoring a dramatic winner moments later.

It’s the latest in a longline of errors from Werner since his move from Chelsea with the striker failing to rediscover the kind of form he enjoyed at RB Leipzig.

Tuchel has hinted that he will stick with the forward for next season, but his latest mishap could be a sign that Chelsea may look to cut their losses this summer and go in a different direction. 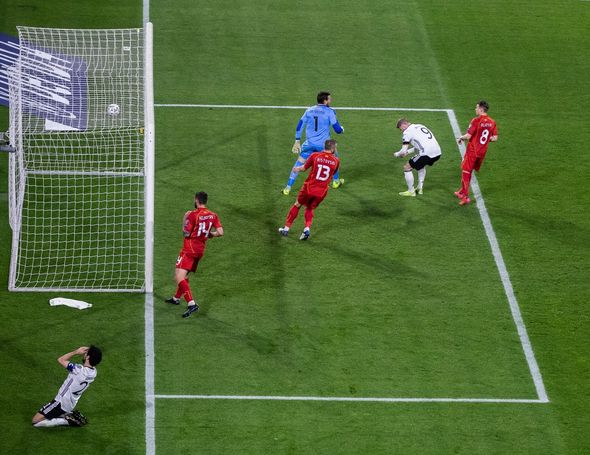 Callum Hudson-Odoi has established himself as a favourite under Tuchel while Havertz has shown his best position is further forward as one of the front three.

Trying to shoe-horn Werner into the side, especially with the potential arrival of Haaland, may be a waste of resources for Chelsea when the money could be spent elsewhere.

Some will argue that having strength in depth with players like Werner – when he’s on top form – will make the difference in challenging for the Premier League title.

And Chelsea certainly have the financial resources to do just that, but the first port of call for Chelsea will be building a solid first XI before looking at the squad as a whole.

If Werner fits into that mould remains to be seen, but on current form it’s hard to argue that he deserves a place in Tuchel’s starting line-up anytime soon.