Chelsea are not ruling out the sale of Hakim Ziyech after just one season at Stamford Bridge. That’s according to reports in Italy, where it’s claimed AC Milan and Napoli are interested in the Moroccan international.

The Blues moved quickly in February 2020 to snap up the services of the former Ajax playmaker ahead of the summer transfer window and the deal was considered to be a major coup from director Marina Granovskaia.

Ziyech cost just £33million and started to show his quality under Frank Lampard upon return from an early ankle injury suffered in pre-season against Brighton.

Yet his form declined following the dismissal of Lampard and Thomas Tuchel has struggled to get the best from the attacking midfielder.

He has still chipped in with some vital goals including a crucial strike against Atletico Madrid in the Champions League and a low drive in the 2-1 win at Manchester City in the Premier League. 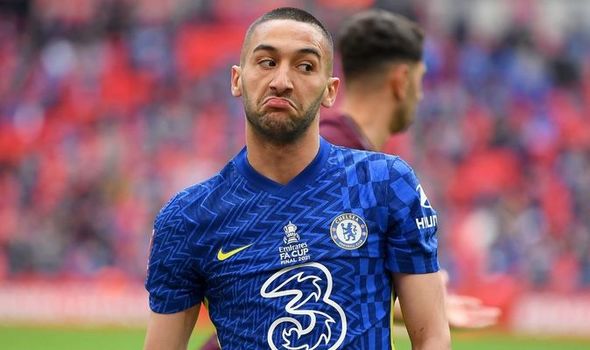 But towards the end of the season, Ziyech’s game time became limited after a poor showing in the FA Cup final defeat to Leicester.

He was an unused substitute in the Champions League final and had to watch on from the bench as his teammates edged past City in Porto last weekend.

According to Calciomercato in Italy, Tuchel would be willing to listen to offers for Ziyech if they arrived this summer.

The German wants to start putting his own stamp on the squad that he inherited.

Similarly to Ziyech, Christian Pulisic is another fellow attacker who has struggled for opportunities and competition is fierce across the frontline.

AC Milan and Napoli are amongst those interested in signing Ziyech should Chelsea encourage offers.

The 28-year-old has all the qualities that new Napoli boss Luciano Spalletti loves in his wide players.

He is a very technical player who has speed and creativity in abundance.

Meanwhile, Milan could hold an advantage if an opportunity to sign Ziyech materialises. 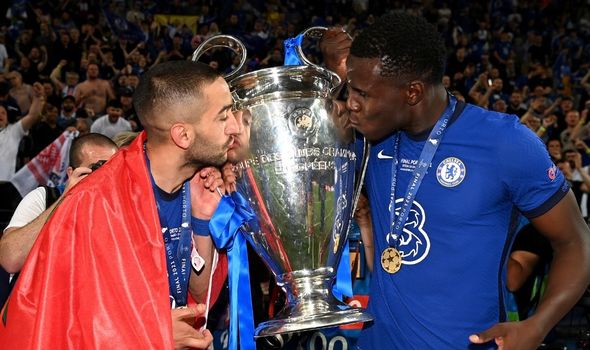 They are already in talks with Chelsea over a permanent deal for Fikayo Tomori.

The centre-back impressed on loan at the San Siro and Milan are keen to exercise their £24m option to buy.

However, if possible the Serie A runners-up would like to negotiate a lower fee.