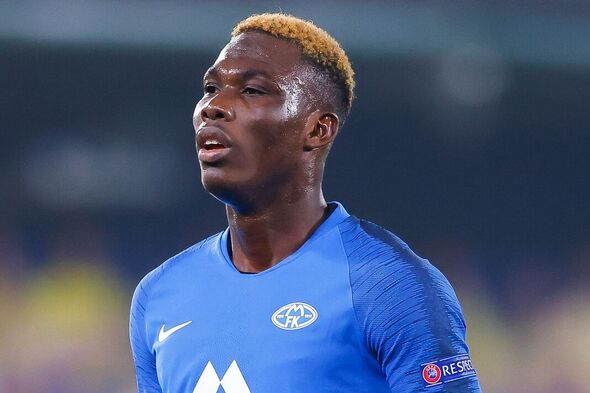 Chelsea are set to seal the signing of highly-rated Ivorian striker David Datro Fofana from Molde after reportedly agreeing a fee in the region of £8.6million with the Norwegian club. Graham Potter’s side have been forced into the market for attacking reinforcements after Armando Broja suffered a ruptured ACL in the 1-0 friendly defeat to Aston Villa in Dubai last weekend.

Now the Blues look set to move quickly to beat Potter’s former employers Brighton to the signature of Fofana, who is considered to be hot property around Europe.

According to transfer expert Fabrizio Romano, there is now a full agreement in place with Molde to sign the prolific 19-year-old forward in what could prove to be the second signing of the Potter era following Thomas Tuchel’s departure from Stamford Bridge in September.

Chelsea are understood to have a deal in place to sign France international forward Christopher Nkunku from RB Leipzig at the end of the current season.

Personal terms are yet to be agreed with highly-rated teenage Fofana, who was born in 2002.

The Ivory Coast international’s potential arrival in west London will spark fond memories of Chelsea legend Didier Drogba as the Blues continue to build for the future under Todd Boehly.

Speaking to TV2, Fofana has already previously outlined his admiration for his idol Drogba, stating Chelsea have always been his favourite team because of the Stamford Bridge icon.

He said: “Chelsea have been my favorite club since I was little. Drogba played there, so they have always been my club. So it’s my dream.”

Fofana started his career with Ivorian side AFAD before being scouted heavily by a host of clubs from around Europe.

He eventually took the plunge and moved to Scandinavia in 2021 and simply hasn’t looked back since leaving Africa to pursue his footballing dream.

Molde’s league campaign finished in November as Fofana hit 17 goals in 29 appearances in all competitions.

He finished the season in scintillating form, striking five times in his final four Eliteserien outings.

Brighton had been looking to strike a deal for the wonderkid after opening negotiations with Molde in late November.

However, Chelsea have now stolen a march on the Seagulls as they look to push a deal over the line.

While Fofana would be expected to join Chelsea in January, it is currently unclear whether he would return to Molde on loan to continue his development.

The Norwegian club were also responsible for unearthing Erling Haaland, meaning they are slowly becoming a breeding ground for top attacking talent.

Chelsea appointed Joe Shields as Co-Director of Recruitment and Talent in October after prising him away from Southampton.

Co-owner Boehly is committed to ensuring Chelsea sign the best young players in world football, which is why the Blues are now beginning to invest heavily in young prospects in addition to signing players for the first team.