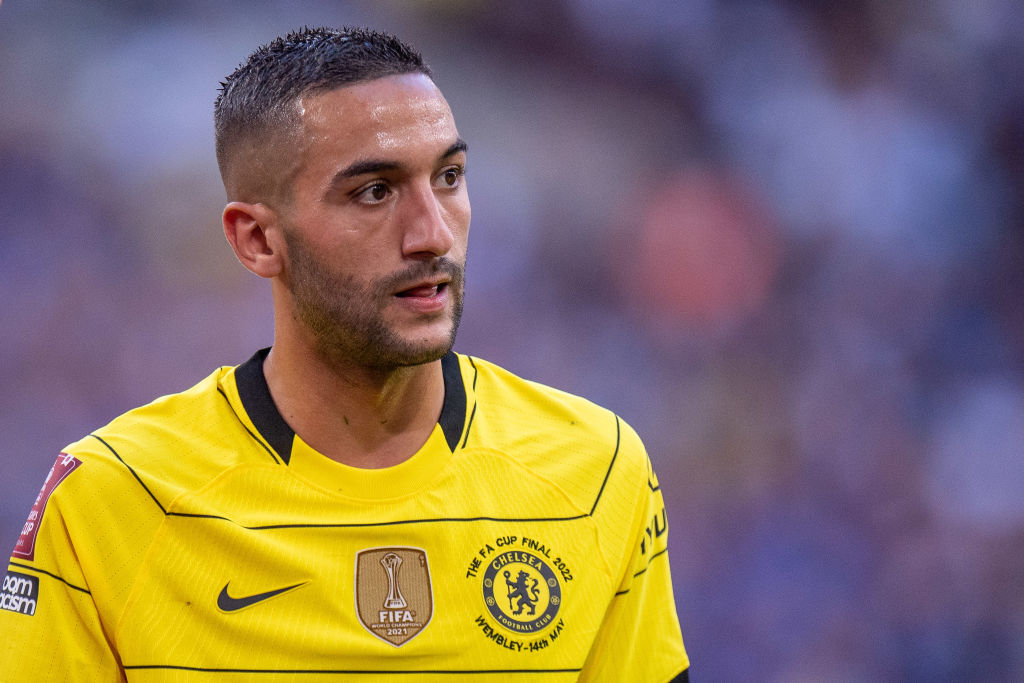 Chelsea are open to offers for Hakim Ziyech this summer as their incoming owners look to launch a new era at Stamford Bridge, according to reports.

Ziyech, 29, has been a bit-part player since joining the Blues from Ajax in 2020, making just 23 Premier League appearances this season.

The winger has three years left to run on his contract and is believed to be earning around £100,000-a-week.

According to transfer expert Fabrizio Romano, Chelsea are prepared to sell Ziyech as part of a squad reshuffle.

But it is unclear whether he would be allowed to move to a Premier League rival especially with United usually fighting for the top four.

His potentially departure could leave Chelsea short of attacking options especially if Timo Werner and Romelu Lukaku were to move on with the duo due to hold talks with Thomas Tuchel.

Towards the end of the season, the west Londoners struggled to score goals and Tuchel hinted that he would be looking to bring in new forwards this summer.

He said: ‘Is it necessary to bring more offensive players around the box to create more distractions, to create more space for each other? We will ask that question.

‘The numbers we produce from our offensive players don’t allow us to overperform and we need overperformance if we want to be nearer to the top two teams.’

A move has been rumoured for Sevilla’s Jules Kounde, who is believed to be valued at over £40 million, while RB Leipzig’s Josko Gvardiol is also thought to be on Chelsea’s radar.