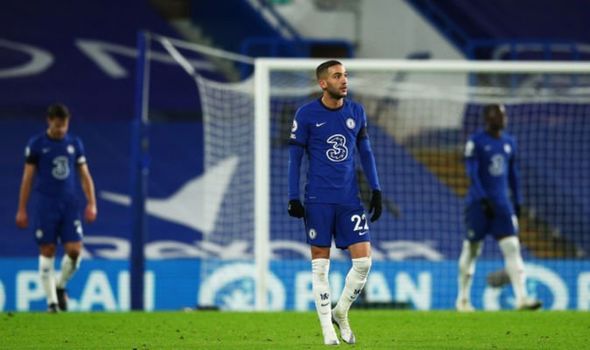 Could do little to stop the goals during the first-half capitulation.

Most of City’s threat came down the Chelsea right and Azpilicueta was pinned back.

Was terrorised by Phil Foden and even outmuscled on one occasion.

Failed to organise the back-line, which looked out-of-sorts for the entire first half.

Not too much came down his side but did not provide much attacking threat.

Was energetic in midfield but struggled to get on the ball.

Busy off the ball and attempted to drive his side forward when he could.

Hauled off after an hour after failing to offer much out wide.

Was finally trusted with a central striker role but created next to nothing.

Chelsea’s brightest spark but did not click with fellow forwards.