Chelsea ‘set to offer Thiago Silva a contract extension’ that would see the defender remain at the club past his 39th birthday, with the Brazilian ‘deemed the perfect role model’ as the Blues build for the future

Chelsea are set to offer Thiago Silva a contract extension to extend his impressive stay at Stamford Bridge.

Silva, 38, is the key man in the Blues’ back line, but his current deal is set to expire at the end of the season.

According to the Times, new Chelsea manager Graham Potter has been impressed with the Brazilian’s attitude and he is seen as the perfect role model as the hierarchy at the club try and build a team for the future. 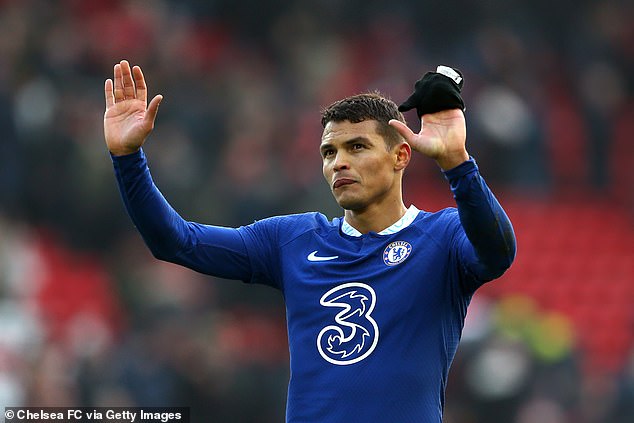