Chelsea forward Tammy Abraham has admitted he wants to play alongside Manchester United’s Marcus Rashford in the future. The two youngsters have played alongside each other for England earlier this season, but clearly the Blues’ starlet wants to lead the line with Rashford more frequently.

Abraham and Rashford have both enjoyed standout seasons in the Premier League.

The Chelsea ace was promoted to the first-team squad by Frank Lampard at the start of the campaign and has led the line ever since.

He scored 13 goals in 25 league games before the coronavirus pandemic suspended the season, leading to him earning his first England call-up.

Rashford, too, has been on fire and found the net 14 times in 22 league games. 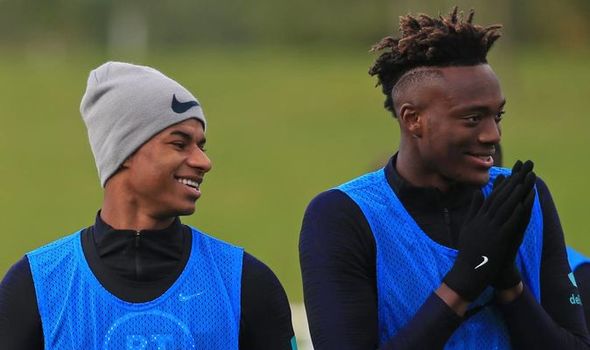 The pair played together in England’s 7-0 win over Montenegro in November in Abraham’s second game for the Three Lions.

And Abraham was clearly impressed, as he admitted the United ace was the player who impressed him the most from his time with the national side.

He praised Rashford to COPA90, addressing the best aspects of his game.

“Who impressed me most when I’ve been with England? Marcus Rashford,” Abraham said.

“The way he strikes a ball. His skills. His good feet. The way he beats players.

Abraham isn’t the only man to praise Rashford recently, with Paul Scholes also discussing his admiration for the youngster. 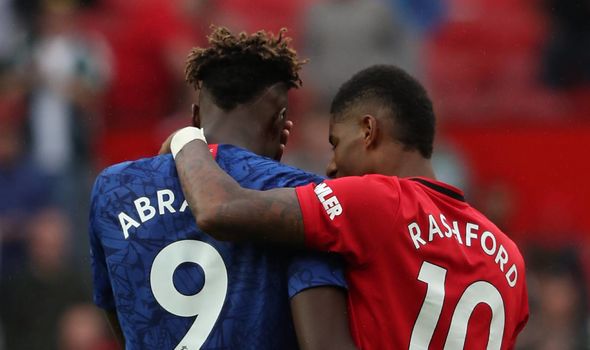 “I always remember watching him, mainly in the reserve team, and he was an out and out centre-forward,” Scholes said.

“Sometimes I would go to games and just watch him, and not really watch where the ball was. I’d look for his movement – is he clever enough to have that link with a midfield player? I think he has that.

“I was really excited when he first got into the team, a little bit luckily at first – I think there was an injury to someone.

“But ever since he has got into the team, he has shown the talent he has got as a centre-forward or a player wide on the left.

“I always remember seeing him as a kid and I thought his intelligence and movement was as a centre-forward. He looked like an out-and-out number nine, but now when you see him in games, he seems to enjoy it more from the left-hand side.”