LIVE: Chelsea vs Aston Villa – Romelu Lukaku fit and firing for his Stamford Bridge return as the £98m man looks to take Dean Smith’s side apart

While all eyes will be on Cristiano Ronaldo’s Old Trafford homecoming back in Manchester, Romelu Lukaku is making one of is own at Stamford Bridge against Aston Villa.

The Belgian striker has played away at Arsenal and Liverpool since completing his £98million return from Inter Milan.

He will now once again get a taste of Stamford Bridge as Dean Smith’s Villa come to town.

Corner comes in and Alonso’s shot doesn’t come off as it gets deflected behind for a corner.

Moments later the ball comes back into the box from Alonso and Tuanzebe gets an important boot in there with Lukaku rushing onto him.

First minute and Chelsea already have a corner as Rudiger bursts forward and plays a 1-2 before taking a shot which is deflected wide.

The players take a knee to applause from Stamford Bridge and Aston Villa kick us off!

Chelsea striker Lukaku has scored six goals in his past five Premier League matches against their opponents today.

They have also lost just one of their last 16 games to Aston Villa at home, a 3-1 defeat back in December 2011.

The players are heading out onto the pitch and we’re four minutes from kick-off!

These sides last met earlier this year in May and Aston Villa took a victory which ended up costing Chelsea a place in the overall league table.

Goals from Bertrand Traore and Anwar El Ghazi helped Dean Smith’s side take a 2-1 victory against the Blues on the last day of the season.

The result meant Chelsea dropped behind Liverpool to finish fourth in the league table though that didn’t matter too much as they won the Champions League not long after. 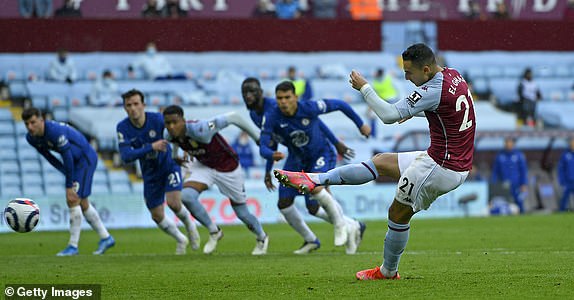 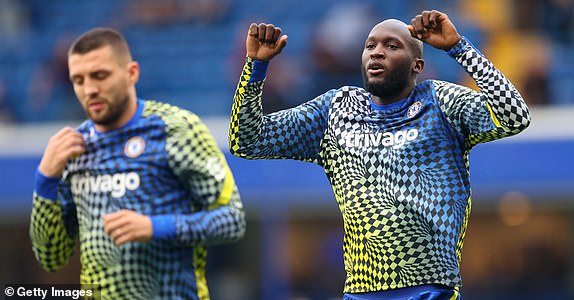 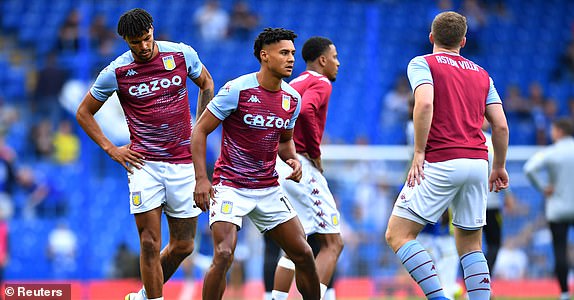 Dean Smith has confirmed Villa’s change of system to Sky Sports and the reasons for it.

He said: ‘It looks like, we felt that was the best way to go against Chelsea they stretch the pitch very well. We just felt matching it up might help us and we’ve certainly got the athleticism in our back three so I was quite prepared to do that in this game.

‘The health of the squad is better than it has been. We’ve got players back from injury and Covid. We’ve strengthened in the summer which enables us to play different systems at times when we we became too rigid with the system we had before.’

On Saul: ‘He was with us in training he looked ready to go and had a full pre season and not away with Spain. N’Golo is out and Jorginho who would have played has been overused from the international break so he will never say it but he has had a lot of minutes in his leg.’

On Villa system: ‘They’ve changed for the first time looks like a 3-5-2 and we’ll see where we can find spaces. We’ll need to adapt, it’s not the first time opponents adapt to our shape so let’s find solutions.’

The visitors look like they will be changing formation today with a three man defence consisting of Tuanzebe, Mings and Konsa with Targett and Cash out as wing-backs.

There has been some feeling that Villa could look at this system more with the addition of Tuanzebe on loan from Manchester United.

Could make them a sterner side to break down in the evening kick off.

The final whistle has been blown around the grounds in today’s 3pm kick offs.

Cristiano Ronaldo is the big talking point scoring two goals on his return for Manchester United in a 4-1 victory.

These are the results so far today in the Premier League.

Chelsea fans will be very excited to see Saul Niguez come in for the Blues today.

He adds to a stacked midfield though N’Golo Kante is out today and Jorginho starts on the bench.

There’s been some very good debuts today with Cristiano Ronaldo and Odsonne Edouard both bagging a brace so he has a lot to do to match their efforts!

Before the international break Chelsea were held to a 1-1 draw against Liverpool which in reflection was a fine result after they spent the second half at Anfield down to ten men after Reece James’ sending off.

Aston Villa are also coming off a 1-1 draw against newly promoted Brentford.

Emi Buendia scored the goal that day for Dean Smith’s side and he and Martinez are a big miss for the visitors today.

Aston Villa boss Dean Smith makes five changes from his side’s last outing, with goalkeeper Emi Martinez and winger Emi Buendia ruled out because of quarantine rules due to their involvement with the Argentina squad.

There was a big (second) debut at Old Trafford today and there is also a new signing starting at Stamford Bridge.

Saul Niguez makes the starting line-up after his loan move from Atletico Madrid.

Andreas Christensen, Jorginho, Mason Mount and Cesar Azpilicueta all drop to the bench, while Reece James is suspended.

And welcome everyone to Sportsmail’s coverage of the late kick off between Chelsea and Aston Villa at Stamford Bridge.

Thomas Tuchel’s start have made a bright start to the season with two wins and a draw and they could potentially move top of the table with a victory today.